Reports from the Department of Rehabilitation and Correction show lack of food in Ohio prisons. Read more. 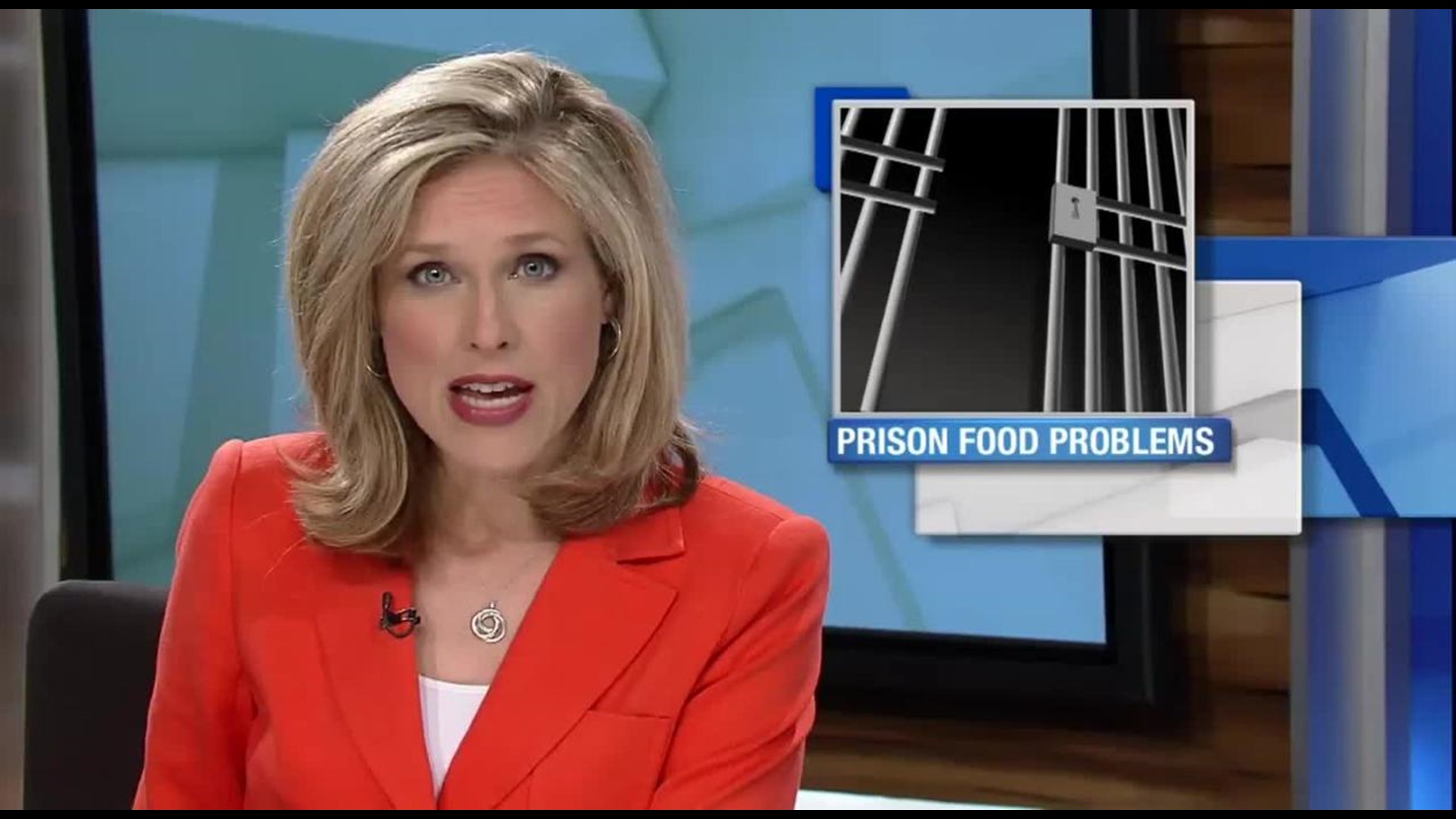 First reports of maggots, now 10TV has uncovered dozens of claims of food running out at Ohio prisons.

10TV has obtained more than 160 reports from the Department of Rehabilitation and Correction showing infractions against Aramark, the company that provides food service.

Aramark is receiving $110 million over two years to provide food to inmates. 116 documented incidents show the company has fallen short by running out of food or providing unapproved substitutes.

On June 3, 2014 inmates at Belmont Correctional were served shredded bologna when the beef ran out.

Another report showed the milk provided was spoiled on June 4, 2014.

On May 16, 2014 at Noble there were not enough tacos. They were replaced with bologna and tortillas. The hot dogs ran out on May 27, 2014. Then the substitute of turkey ham ran out. Inmates were then served sloppy joes made with leftover ground burgers and onions mixed with water.

The reports show another night there were not enough noodles so mashed potatoes were served with spaghetti sauce.

On Ramadan, the meal of orange juice, eggs and milk was rancid. The group didn't eat.

10TV took these issues to both the DRC and Aramark, wondering when food runs out or a lesser substitute is served, does Aramark still receive the same amount of money? DRC said there are remedies in the contract to address these issues but wouldn't be specific if Aramark is docked money when it doesn't deliver.

Aramark responded with this:

"As our partners at the Ohio DRC know, we believe in full accountability and accept responsibility for our performance. We thank the Department for working closely with us to address and resolve these complex issues. Considerable progress has been made over the past few months. 14 facilities have passed the Department's Internal Management Audit and six facilities have earned accreditation from the American Correctional Association (ACA). With nearly 40 years of experience serving hundreds of correctional facilities -- the most of any company in the country -- we have every confidence that we will meet our promises to the DRC and the state of Ohio."

The company spokesperson said they take their operations in the prison seriously.  She pointed out that considering there were roughly 7000 mealtimes in the time period we looked at, she thought the number of incidents was low.