A sporting goods chain says it has suspending sales of modern rifles nationwide because of the school shooting in Connecticut. Read more. 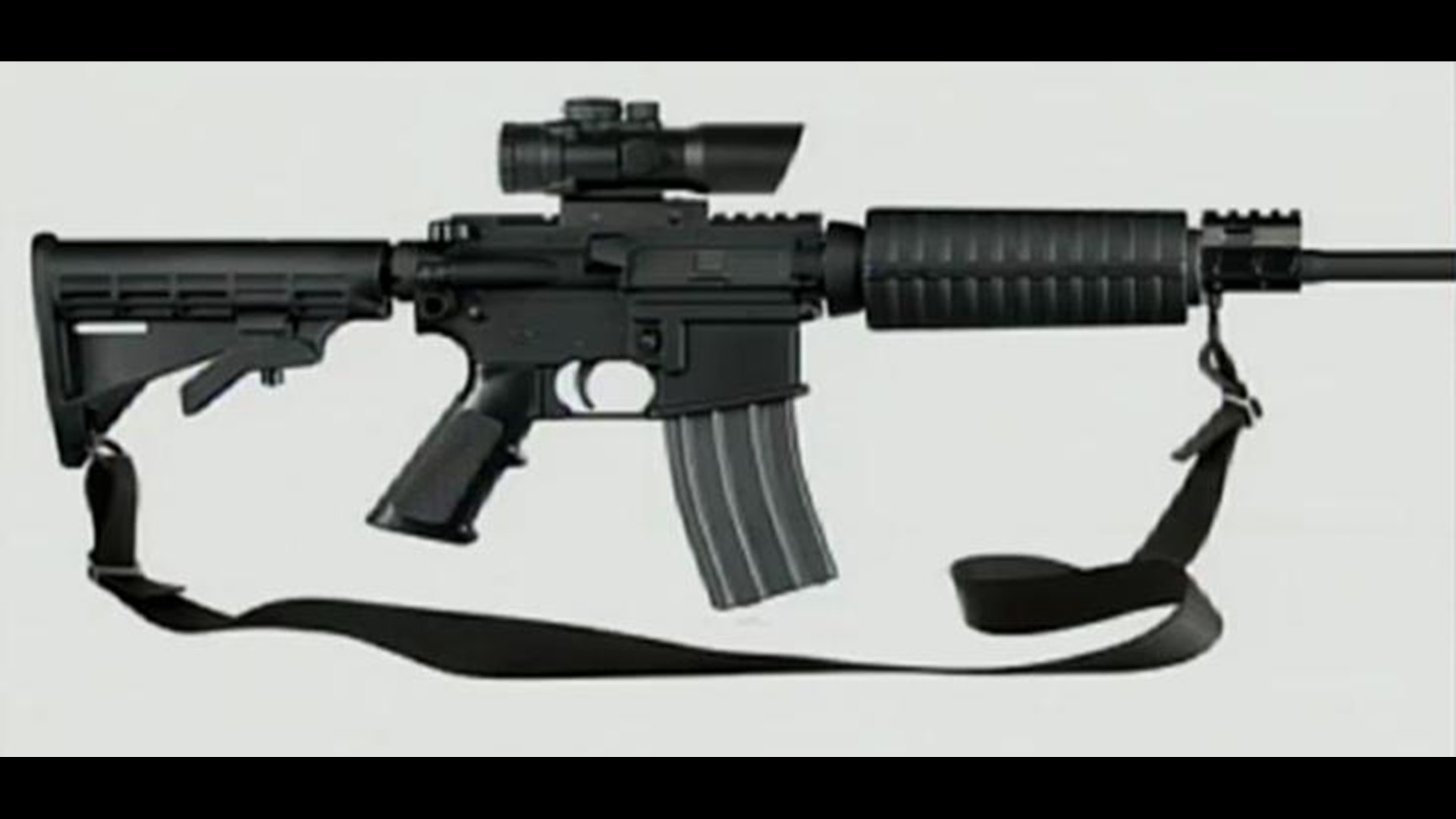 A sporting goods chain said that it is suspending sales of modern rifles nationwide because of the school shooting in Connecticut.

While politicians go back and forth about the future of gun control, some retailers are already making a statement and pulling weapons from their stores.

Images of the 0.223 Bushmaster are available on the Internet, but the actual weapon is harder to come by.

Dick’s Sporting Goods is one of two national retailers to self-impose a ban, even as gun enthusiasts caution against emotional knee jerk reactions to the tragedy.

The store has also taken all guns off the shelves near Newton, Conn., where a 20-year-old gunman opened fire at an elementary school on Friday, killing 20 children and six adults.

The company said it took those actions out of respect for the victims and their families in this time of national mourning.

Reports have surfaced that Walmart also has stopped showing a semiautomatic Bushmaster rifle on its website, but is still selling other semiautomatic weapons.

Linda Walker, from the Buckeye Firearms Association, said that stricter gun control is not the answer.

“One, you can’t legislate morality and two, the only people who pay attention to gun control are the law abiding citizens,” Walker said. “These aren’t the people going out and doing these mass murders.”

President Barack Obama has already indicated his administration would revisit a ban on assault weapons, and Walker said that she anticipates a political battle.

Dick's declined to answer Associated Press questions about how long the suspension would last or which weapons were being pulled.