Officers were called to the home on East Fairview Road this month. The killing may have occurred in December. 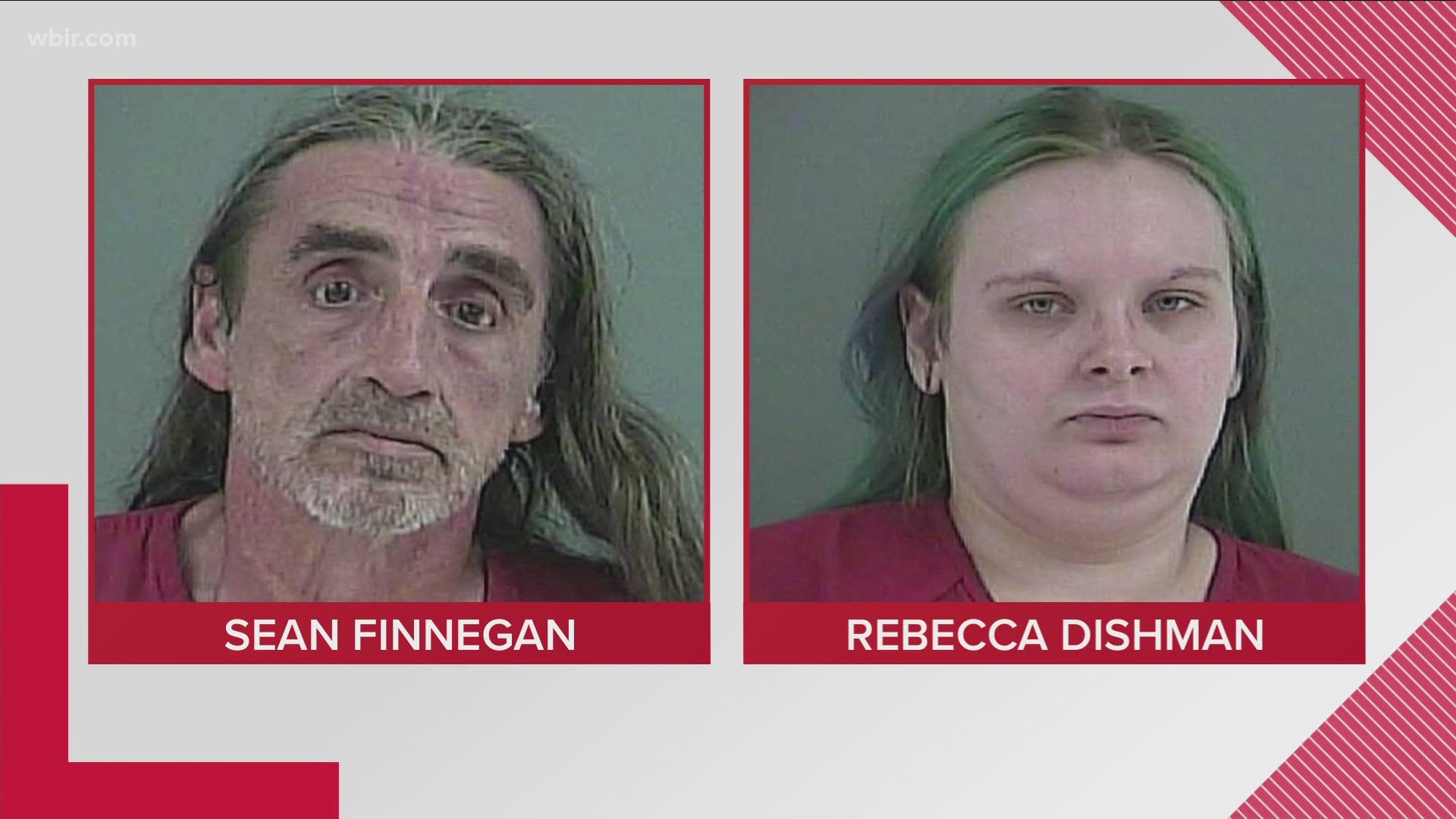 OAK RIDGE, Tenn. — The Oak Ridge couple accused in the murder and dismemberment of a woman who they'd taken in will both undergo psychiatric evaluations to see if they're competent to stand trial.

That's important because prosecutors have suggested they may seek the death penalty against Sean Finnegan and Rebecca Dishman. If either has a diminished mental capacity or a low IQ, that could spare them legally from facing the threat of execution under the law.

Finnegan, 52, and girlfriend Dishman, 22, are charged in the killing of Jennifer Gail Paxton, 36, this month.

Experts will assess their mental competency and mental state at the time of the crime. Finnegan, at least, will also undergo an IQ test, records show.

The judge wants the results reported back so he can determine how to proceed with the prosecution.

The defendants are accused of raping and torturing Paxton before killing her and stuffing her body in a freezer.

Records indicate the homicide may have occurred two days before Christmas, 2019.

PREVIOUS STORY: A man and a woman are in custody after a homicide at a residence in the 300 block of East Fairview Road in Oak Ridge.

Officers with the Oak Ridge Police Department were first called to the home just after 7:30 p.m. Wednesday. They discovered the body of 36-year-old Jennifer Gail Paxton who had been killed.

Members of the ORPD Criminal Investigation Division, along with representatives of the District Attorney General’s Office, worked through the night to investigate. They identified two suspects -- Rebecca Dishman, 22, and her boyfriend, Sean Finnegan, 52, according to officials.

According to police records obtained by 10News, Dishman and Finnegan lured the Paxton to the home under the promise of giving her a place to stay.

She was held against her will, attacked with a baseball bat, tortured and raped before being strangled and left for dead, according to the report.

Records show the victim was chained to a bed and hit in the head with a baseball bat before the suspects engaged in sexual acts with her against her will and eventually strangled her.

Dishman and Finnegan went on to cut off parts of Paxton's body before putting it in a freezer, according to police records.

Records show Finnegan also tried to take the body out of the freezer and hide it under the bed while he attempted to clean the freezer of evidence.

At 4:26 a.m. Thursday, a search warrant was served at the residence, with the assistance of ORPD SWAT and members of the 7th Judicial Crime Task Force, according to authorities.

Both suspects remain in custody. The investigation is ongoing and no further information will be released at this time, according to investigators.

Anyone with information that may help investigators can to call ORPD at (865) 425-4399. Crime tips can also be submitted online here.