Employees of the La Chatelaine French Bakery and Bistro in Worthington found a window busted out and glass scattered across the floor Wednesday morning. 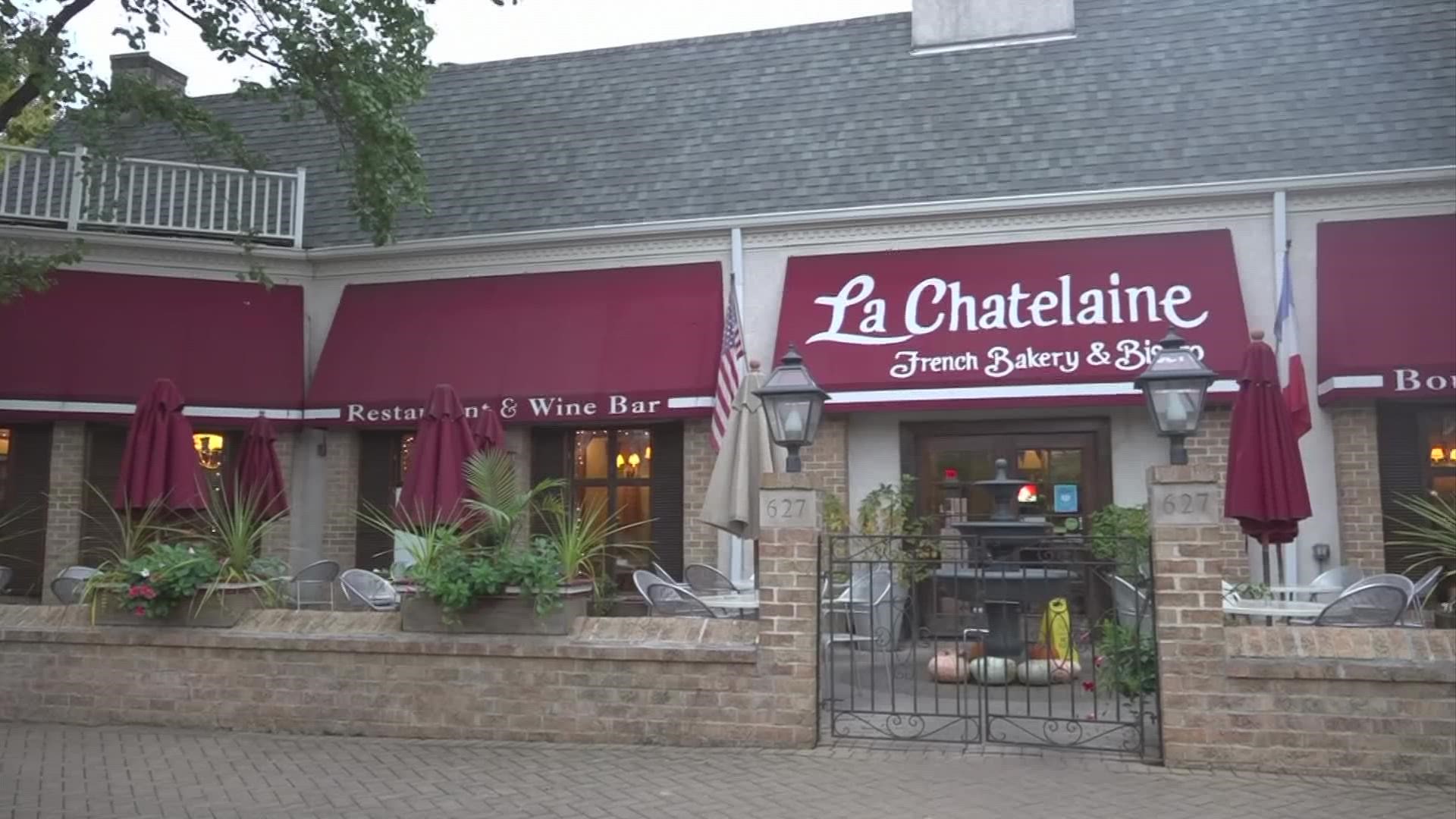 WORTHINGTON, Ohio — A popular Worthington restaurant was broken into Wednesday morning, according to their employees.

Employees of La Chatelaine French Bakery and Bistro said the window was smashed. Broken glass and other items scattered the floor.

"So, we've been here for 28 years and it's the first time this has ever happened,” Jake Collar said.

Collar is a manager at the bakery and bistro. He’s thankful no one was working at the time of the break-in.

"They busted this window here, there was broken glass here,” Collar said.

He told 10TV he believes the person was in search of money but wasn't successful.

"You know we'll get it all replaced you know it's all stuff. Nobody was here to get hurt and that's what's most important,” Collar said.

Since the break-in, they have boarded up where the window was broken, and the business is running as usual. They did not let one incident stop them from serving the community, as well as the community checking in on the business.

"We're getting a lot of 'Oh my gosh, you guys, OK? What can we do, is there anything we can do?' And it's, it's not surprising but it's nice reassurance of kind of our place in the community here,” Collar said.

The day was one he and many won't soon forget.

"This was for us an isolated incident that showed that we could overcome something like this, very quickly,” Collar said.

We have reached out to the Worthington Police Department for more information.