Matheau Moore, who was arrested last week more than a year after his wife Emily Noble’s disappearance, remained in jail Monday on a $2.5 million cash surety bond. 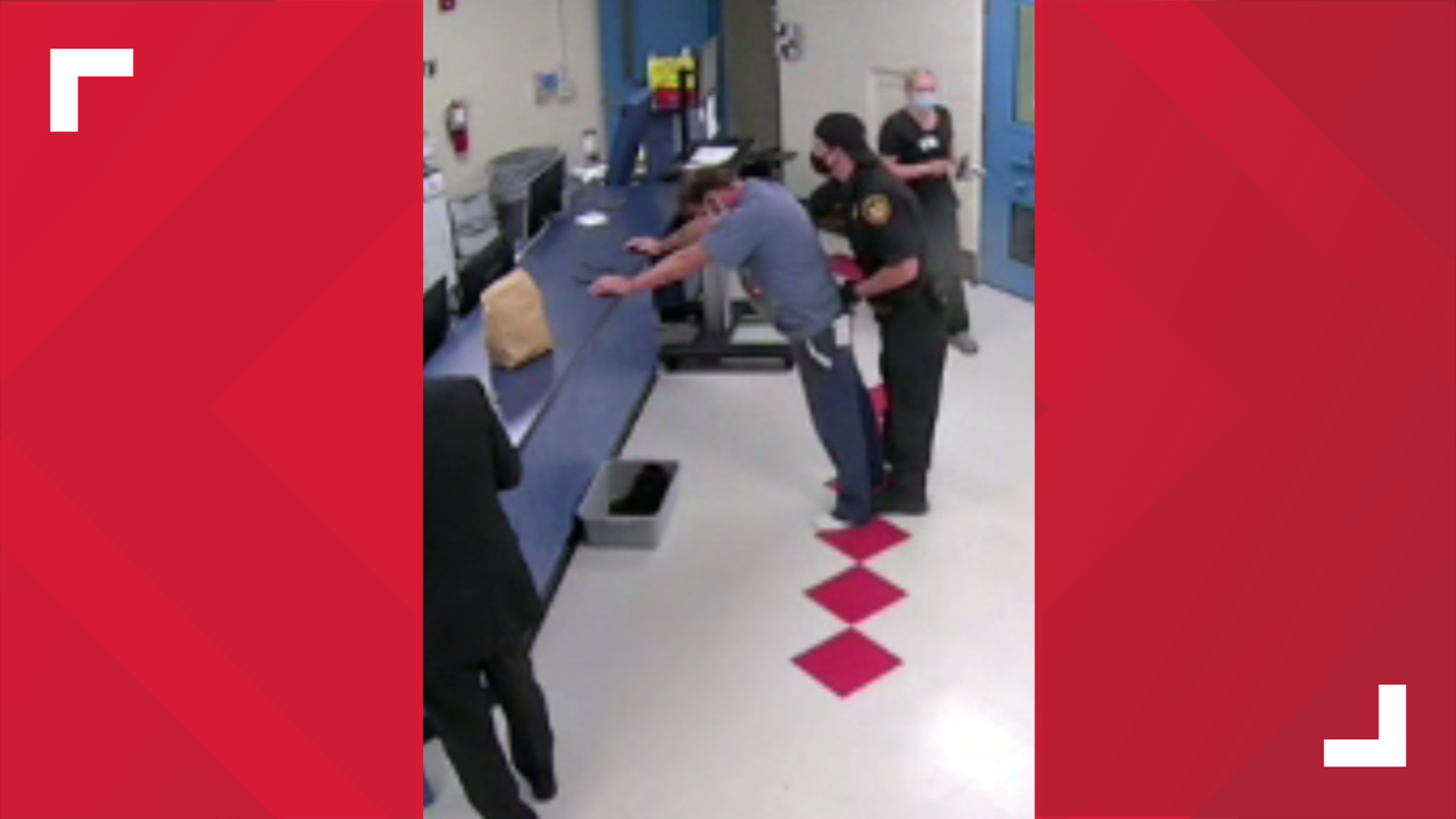 Matheau Moore, who is charged with the murder of his wife Emily Noble, sat in jail Monday on a $2.5 million cash surety bond.

He’s not due in court again for nearly two months.

The case turned quickly last week from a missing persons case to a murder case with Moore’s indictment and arrest.

It was the culmination of months of investigative work and expert analysis of the autopsy and other post-death research. Investigators said Noble had multiple face and neck fractures.

“[The expert] said that this was clearly a homicide based on the injuries that were sustained and the mechanism of those injuries,” Westerville Police Lt. Justin Alloway said the day of Moore’s arrest. “He also gave the opinion that her body was staged to appear as though it was a suicide and, in his opinion, that was absolutely not the case.”

Noble was reported missing on May 25, 2020, the day after celebrating her 52nd birthday with Moore. It would be months later, on Sept. 16, when her body was discovered in a wooded area near her home. The investigation would stretch on for months until, more than a year after her disappearance, Moore was arrested on June 17.

That day, he told reporters investigators were “making a mistake” and that he did not kill his wife. He further proclaimed his innocence the following day by pleading not guilty to two counts of murder and one count of felonious assault during his arraignment.

Family and friends of Noble who were in court that day say they were prepared with pictures of Noble on their phones to show to Moore in court and were disappointed Moore appeared via Zoom.

“There's no way this is a mistake like Mat wanted to say,” said Tondra Van Allen, who has known Noble since college when the two were roommates. “We knew he did this from the beginning. His family, our family and friends, we just bit our tongue and let the officers do what they needed to do. We knew this was going to be the outcome, that he was going to be arrested and hopefully, it will follow through and he will serve time in jail, hopefully, a lifetime.”

For now, Moore is in jail on a $2.5 million cash surety bond.

Prosecutor Melissa Schiffel had asked for an even higher bond, citing, in part, a previous accusation of domestic violence.

“In that case, though he was accused and arrested for strangling someone else, so obviously this concerns the state as a potential pattern and shows he could be a danger to a society if let out,” Schiffel said.

10TV obtained records of that incident from the Las Vegas Metropolitan Police Department. It happened on New Year’s Day in 2001 and involved Moore’s then-wife of three months.

According to the report, Moore pushed her, grabbed her neck and told her – “you’re done for” – during the incident. The case was later dismissed in court.

The two though later had a son together who also met a tragic fate. The summer before Noble disappeared, the 17-year-old died by suicide by hanging himself in a local park. The circumstances were similar to how investigators say Noble’s death was staged. Westerville police did confirm to 10TV that the teen’s case was re-examined after Noble’s disappearance but that the original finding of suicide still stands in that case.

Moore’s next court appearance is set for August. His trial is scheduled for September.

“The only thing I can ask for is that they continue their proof and expose the truth and give some peace to the rest of us that have been waiting so long to find out what happened to her,” said Celeste Grone, who had been friends with Noble for several years. “I just hope Emily rests in peace now. That’s all. And I miss her. I really wish she were here.”