Murder suspect Brian Lee confesses to deadly shootings, says he wants to die for his crimes

Lee confessed to the murders in an exclusive interview with 10TV News on Wednesday. 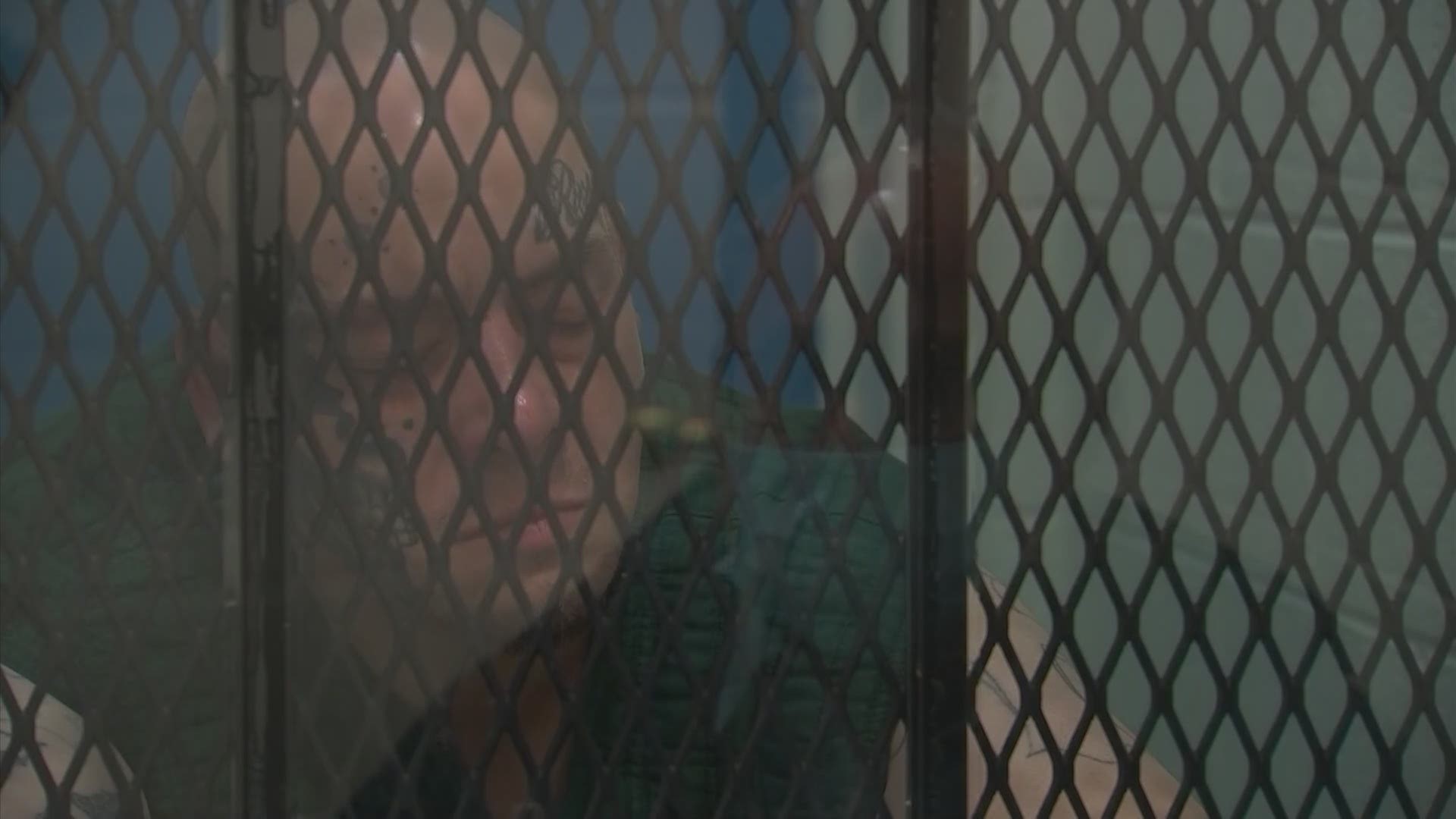 MORROW COUNTY, Ohio — The man charged in connection to Morrow County shootings that killed two people confessed to the murders in an exclusive interview with 10TV News on Wednesday, saying he wants to die for his crimes.

Police arrested Brian Lee, 39, in a Columbus back yard on Monday following a manhunt where Lee reportedly drove at excessive speeds of up to 120 miles per hour to avoid arrest.

Lee is charged with two counts of murder in the deaths of Linda Vannatta and Brandon Petty. Sheriff John Hinton said the shootings happened on Monday around 4:25 a.m. in Harmony Township, and left two others injured.

Lee sat down with 10TV’s Kevin Landers on Wednesday and confessed to the murders in a jailhouse interview.

During that interview, Lee said he knew police were after him and explained how he tried to kill himself by swallowing a handful of meth.

Lee said the killings were in self-defense and that he was threatened.

He told 10TV he went to the home to confront a man who he said crashed his truck the night before. Lee said Brandon Petty was inside the home, and he didn't expect him to be there. According to Lee, the two had confronted each other in the past.

“It's not like I intended to go there and hurt anybody,” said Lee. “I just wanted my truck and when they seen I was pissed off maybe out of fear they acted and I acted. I wasn't trying to die, I just wanted my truck, and after that situation I didn't want to take nobody's life but I'm damn sure I'm not going to let someone like that take my life either.”

After shooting Petty, Lee claimed Vannatta (who allegedly also had a gun) threatened to kill him.

Lee added why he confessed, saying, “I'm kind of upset for real because I found out there is no death penalty. That's why I confessed, I just want to go home.”

The death penalty in Ohio is currently on hold.

When asked if he has any regrets, Lee said in part, “The biggest regret I got is I didn’t just turn myself in.”

During the interview, Lee spoke about his mother, who he says died of cancer last year. Lee said he cared for her prior to her death.

“When she died I felt like I was all alone in this world, I have nothing else,” he said.

Lee added he lost his children as a result of his drug use, and people no longer wanted to be around him because of his temper.

Additionally, 27-year-old Leeann Kinder has been charged with two counts of complicity to murder.

Both Lee and Kinder are being held at the Delaware County Jail and Lee’s bond has been set at $500,000. His arraignment is scheduled to take place June 3.

Lee is also charged with failure to comply with an order or signal of a police officer and receiving stolen property.