Man shot after telling women to wear masks at Toledo Save A Lot; suspect charged

The victim drove himself home after being shot in the leg in the parking lot outside of the store on Dorr and Reynolds. 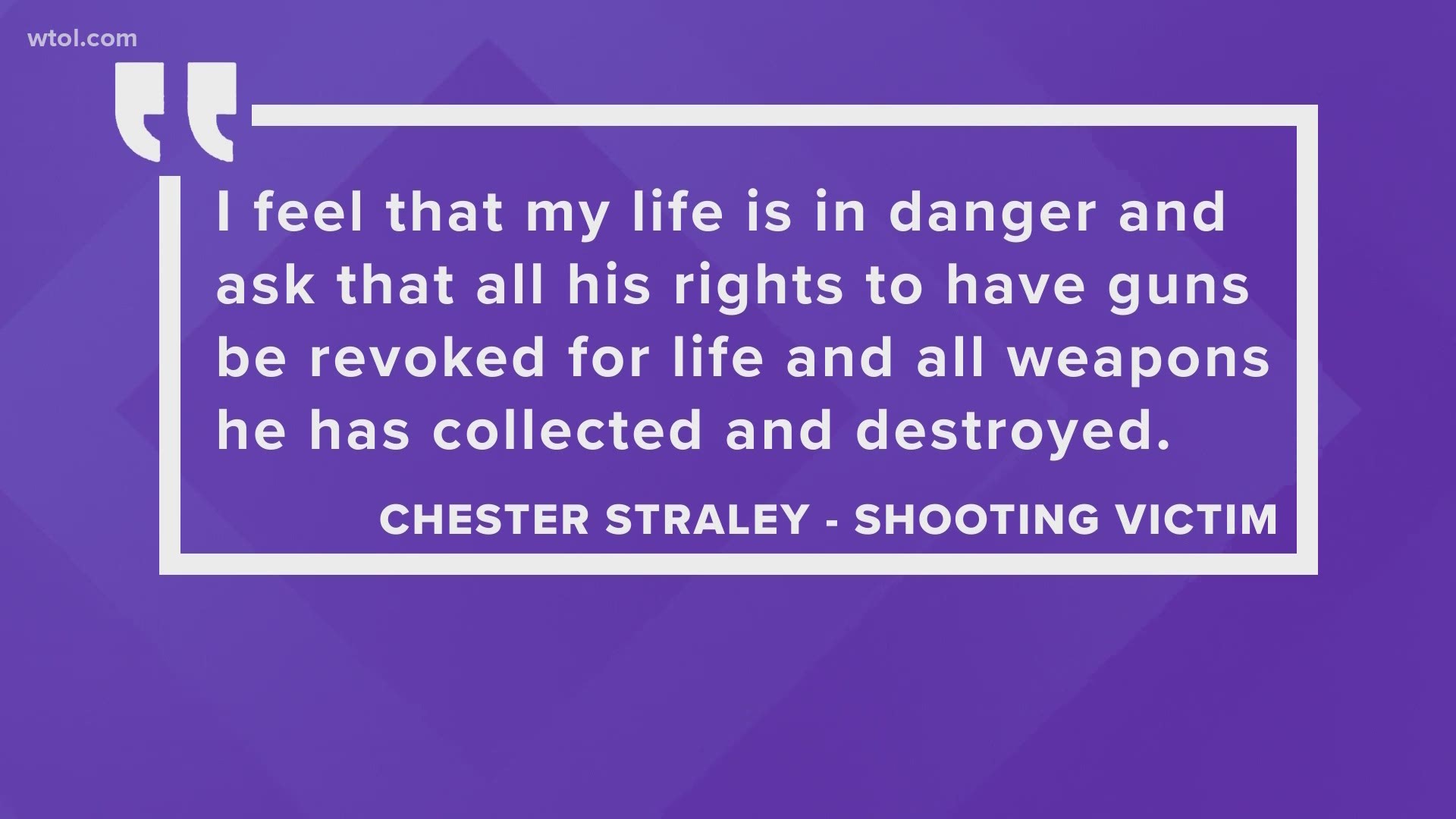 TOLEDO, Ohio — A Toledo man was shot in the leg Sunday after he reportedly asked two women in a west Toledo Save A Lot to put on their masks.

Officers met the victim, Chester Straley, at his home after they were told he drove himself away from the scene. According to a report, police noticed Straley had bandaged up the wound on his left calf with pipe fitting tape and gauze. When officers asked if he had been shot, Straley said yes.

When pressed further, Straley told police that he had been shot in the front parking lot of the Save A Lot on Dorr and Reynolds by an older man. He then threw a bullet at the officers, saying the suspect had racked the round of the gun before firing at him.

A man suspected of the shooting, Gregory Morris, 67, has been arrested and charged with felonious assault. According to court documents, Straley was shot in the left calf and a .45 shell casing was found in the parking lot of the Save A Lot.

Straley said the incident began when he saw two women inside the store not wearing masks. When he told them to put their face coverings on, the women argued with him, before calling the suspect who shot him in the leg.

The suspect showed up at the store in a Chevrolet Silverado pickup truck with Ohio License Plate GEMO.

Straley told police that he asked the employees at Save A Lot to call 911 but, "that was too much to ask" so he drove himself back home.

Straley was eventually transported to the hospital. An update on his condition has not been provided.

Straley sent WTOL a statement, saying in part: "I got in my car and speed off (after being shot). I never threaten him or yelled anything at him, but what you mean all I did was ask them to put on their mask. This man got in the car/truck and drove to the parking lot with intent to do harm and possibly more. For this reason, I now feel that my life is in danger and ask that all his rights to have guns be revoked for life and all weapons he has collected and destroyed."

This investigation is ongoing. We will continue to keep you updated with the latest information as it becomes available.