The toddler was in the care of 29-year-old Kirstie Flood, who is now charged with murder. 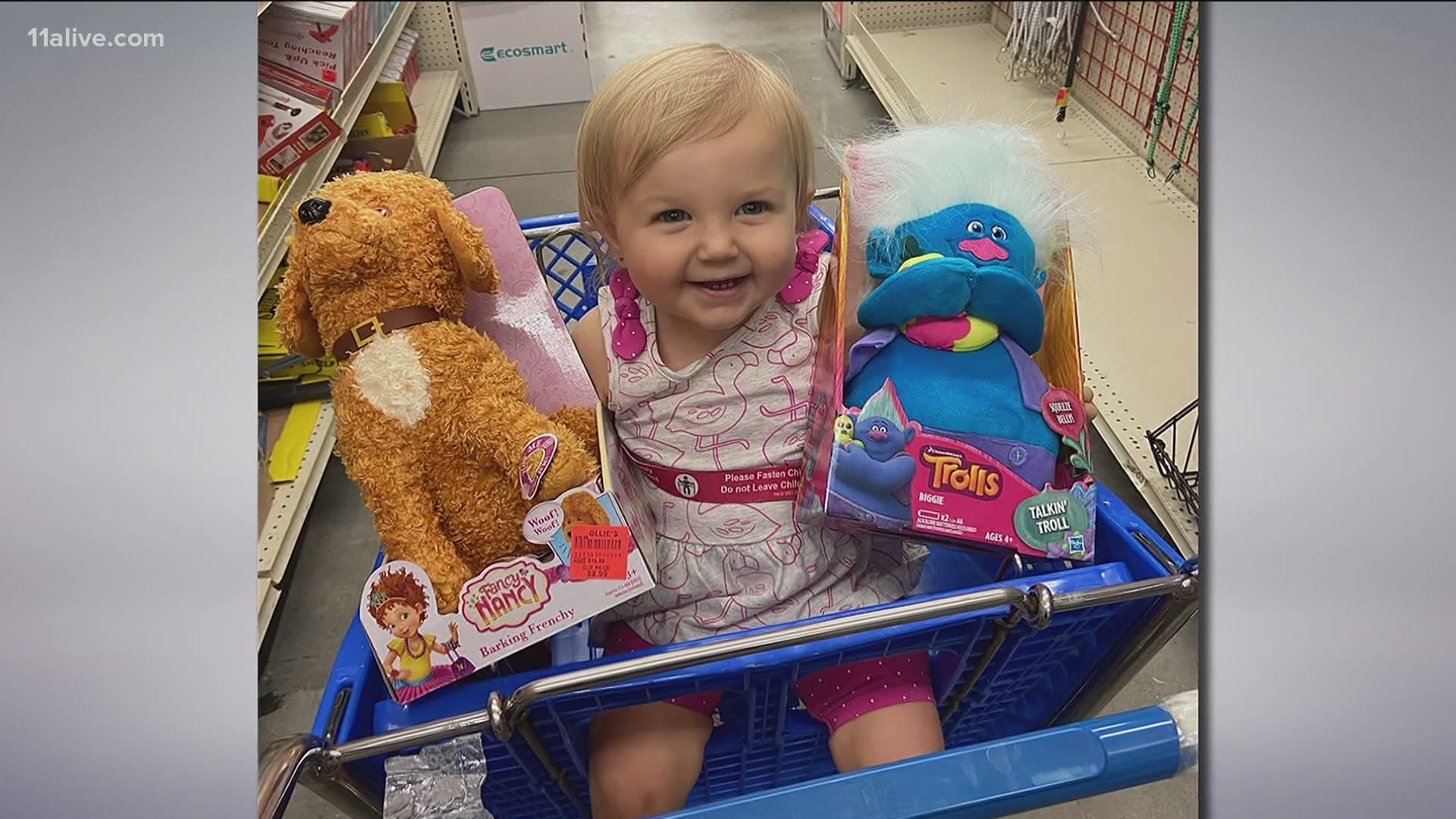 SANDY SPRINGS, Ga. — A babysitter in Sandy Springs was charged with murder in the death of a 2-year-old in her care, police said.

On Dec. 9, the Sandy Springs Police Department launched an investigation after a medical call was made in reference to an unresponsive child inside at an apartment on Monterey Parkway. The toddler had been "entrusted into the care" of 29-year-old Kirstie Flood, police said.

The 2-year-old, identified by family friends as Fallon Fridley, was rushed to Children's Healthcare of Atlanta where she was pronounced dead.

"An autopsy performed on the child revealed she suffered severe injuries that resulted in her death during her care by the suspect," police said in a statement.

Flood was taken into custody and charged with two counts of felony murder and one count each of malice murder, aggravated battery and cruelty to children. A judge denied her bond.

"It is one thing to lose your child to an illness or an accident, it is another thing entirely to have your child murdered by someone you know and trusted," Samantha Shelton, the organizer of a GoFundMe page said for the family.

Shelton, speaking on behalf of the family, said Flood has been friends with the family for years, and there was no indication that the little girl had been abused.

She said that she worked with Fallon's mother for the last few years. She said the little girl was "part of our family."

"We loved Fallon," Shelton said. "Fallon would come to work with her sometimes."

She added that Fallon loved animals, like her mother, and staff had already picked out the girl's Christmas gifts.

Friends of the family set up the fundraiser for Fridley's family to pay for funeral and hospital expenses.

"We want to support her as she rebuilds today and learns to live a new life in the days to come," Shelton said.

A memorial service is being held on Thursday. The fundraiser has exceeded its initial goal of $25,000 and is still accepting donations.

"We stand united with Kristin (Fridley Gantt) in our desire to see justice for Fallon and this evil person held accountable to the fullest extent of the law," Shelton said. "We are heartbroken and horrified over the loss of Fallon's precious and innocent life being cruelly taken by another human being."

Anyone with information in this case is asked to contact Sandy Springs Police Detective Delaney via email at WDelaney@SandySpringsGA.Gov or by calling 770-551-3313.