A judge made the ruling during a Thursday court appearance for Julian Conley. 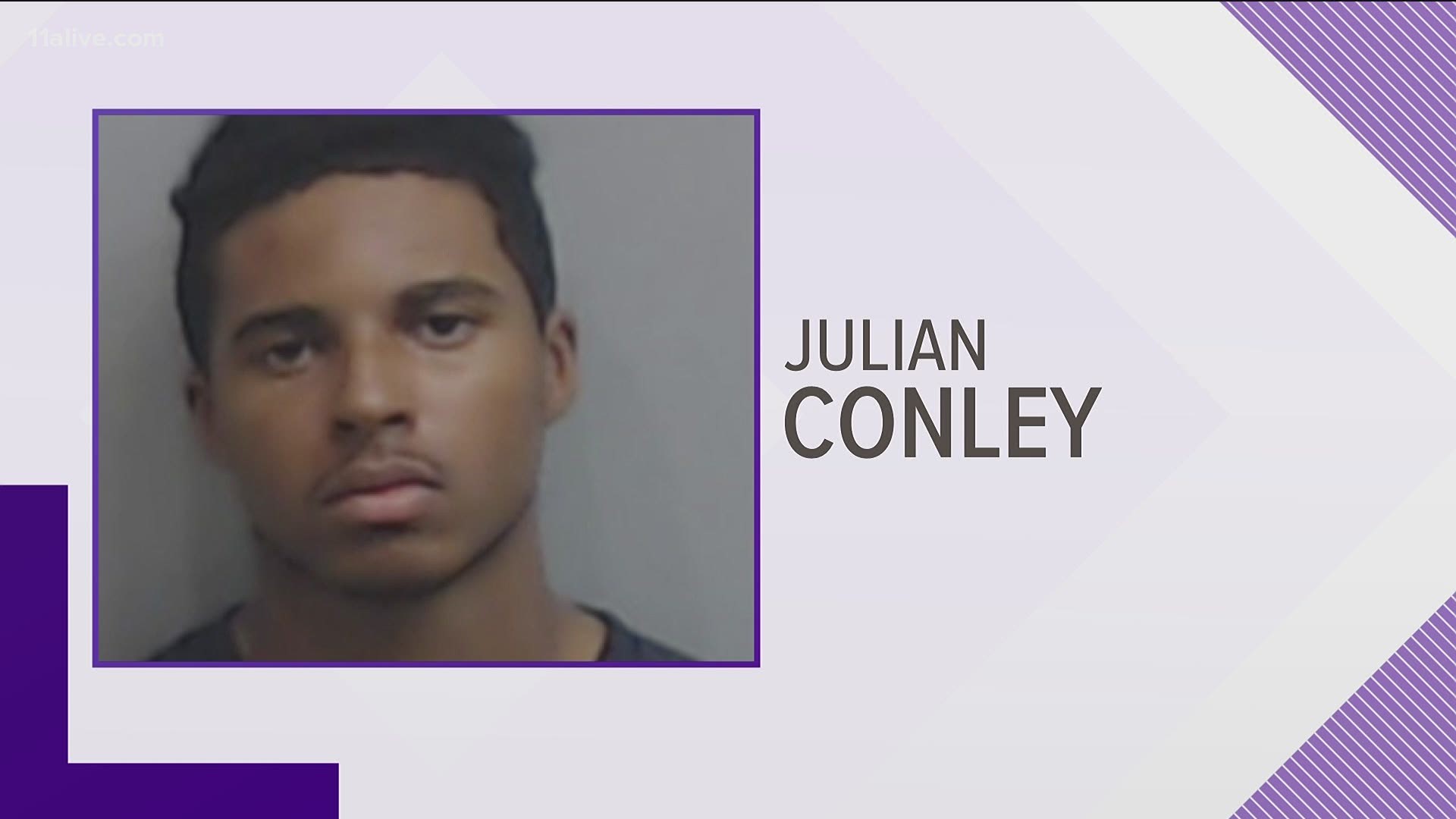 ATLANTA — The teen suspect charged with murder in the death of an 8-year-old has been denied bond.

A judge made the ruling during a Thursday court appearance for Julian Conley.

The 19-year-old is charged with murder and two counts of aggravated assault in the July shooting that killed 8-year-old Secoriea Turner.

Police said around 9:30 p.m. on July 4, the girl was in a car with her mother and someone else when they took the University Avenue exit off the interstate and tried to turn around in a parking lot of a business off Pryor Street - just about a block away from the Wendy's restaurant where Rayshard Brooks was shot and killed by police in June.

Police said a group of armed people confronted the car and shot at it, hitting the girl. She later died at the hospital.

Police released surveillance video and images of persons of interest in the case and later named Conley as a suspect, securing warrants for his arrest.

Conley turned himself over to police Wednesday evening, though his lawyer maintains Conley - who admitted to being there that night - was not the one to pull the trigger.

Conley's next court appearance will be decided at a later date due to the coronavirus pandemic.

Turner was laid to rest Wednesday.