A body presumed to be the missing Genoa mom of 4 was discovered in a south Toledo backyard. 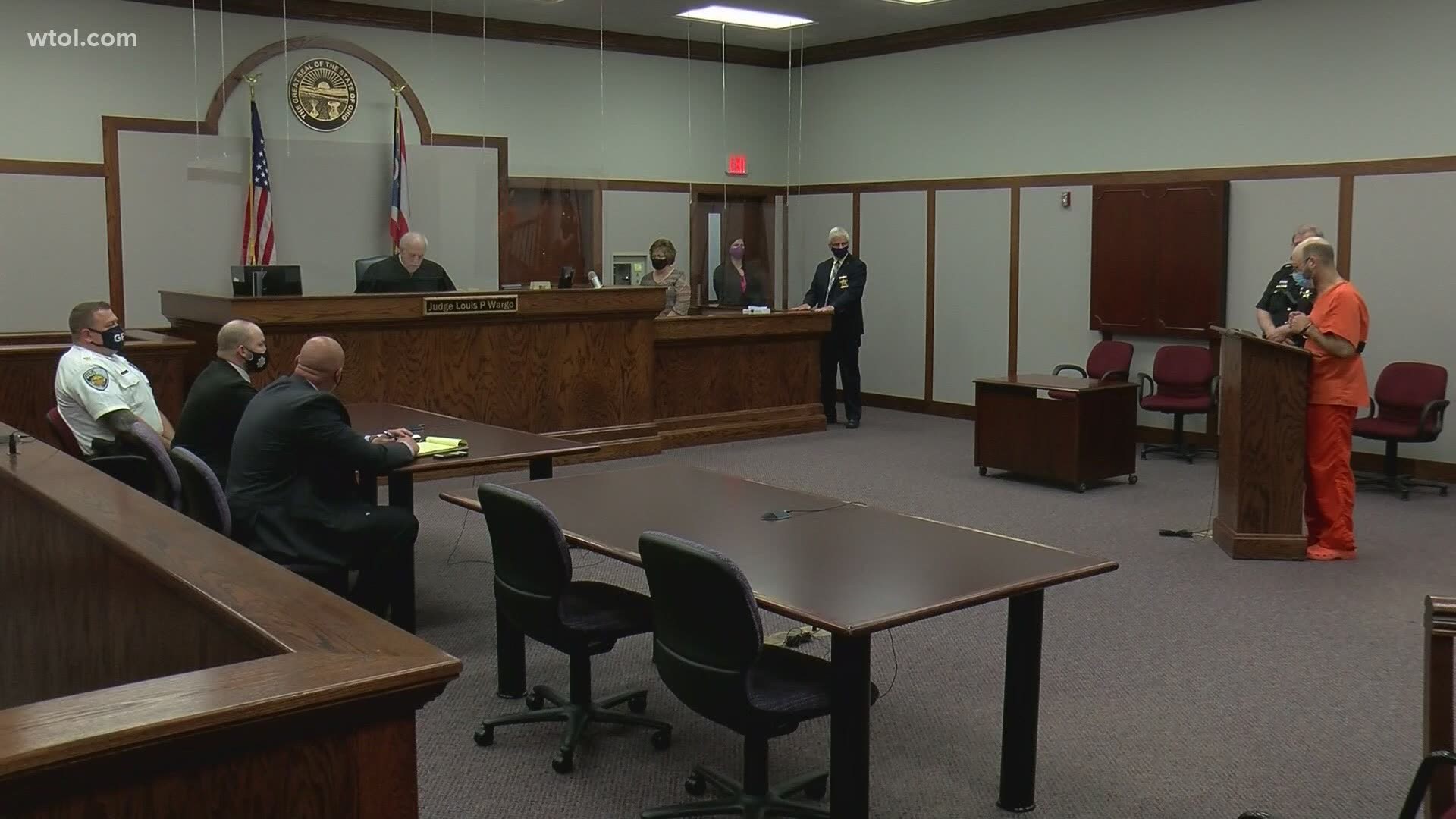 John Eichner, estranged husband of Genoa woman Amber Eichner, changed his plea to not guilty by reason of insanity on Wednesday after being charged in the death of his wife.

He appeared before a judge in the Ottawa County Court of Common Pleas Monday morning where his bond was set at $1.5 million. He was appointed an attorney and is scheduled for a pre-trial hearing on May 27 at 2:30 p.m.

John Eichner had originally entered not guilty pleas to murder charges on Friday morning, two days after a body presumed to be the missing Genoa mother of four was found.

Amber Eichner, 34, a mother of four girls, went missing from Genoa on April 14.

John Eichner, 43, is charged with murder in addition to previous charges against him child endangerment and tampering with evidence.

During the course of the investigation, police received a tip from a friend of John's that John asked if he could bury a dead dog on the friend's property in south Toledo. The friend gave John permission to do so.

Police conducted a search and excavation of the site and found human remains. Although the body has not been identified through DNA analysis, law enforcement officials believe it is the body of Amber Eichner. DNA analysis is currently underway. The Lucas County Coroner's office says the cause of death was determined to be strangulation.

Amber had custody of the children.

Police say when John dropped the children off at a relative's house in Tennessee, he had them get out of the car with six bags of clothes and left.

John was missing until he was arrested by police on April 27.

Three cars were also towed to the Toledo Police Department's impound lot as part of the investigation.

John Eichner has a criminal record dating back to 1998.

In addition, a GoFundMe page has been set up by friends of Amber to help with her daughters' needs after the death of their mother. You can donate to the fund here.