Harris County deputies believe the suspect may have shot himself after setting the fire. 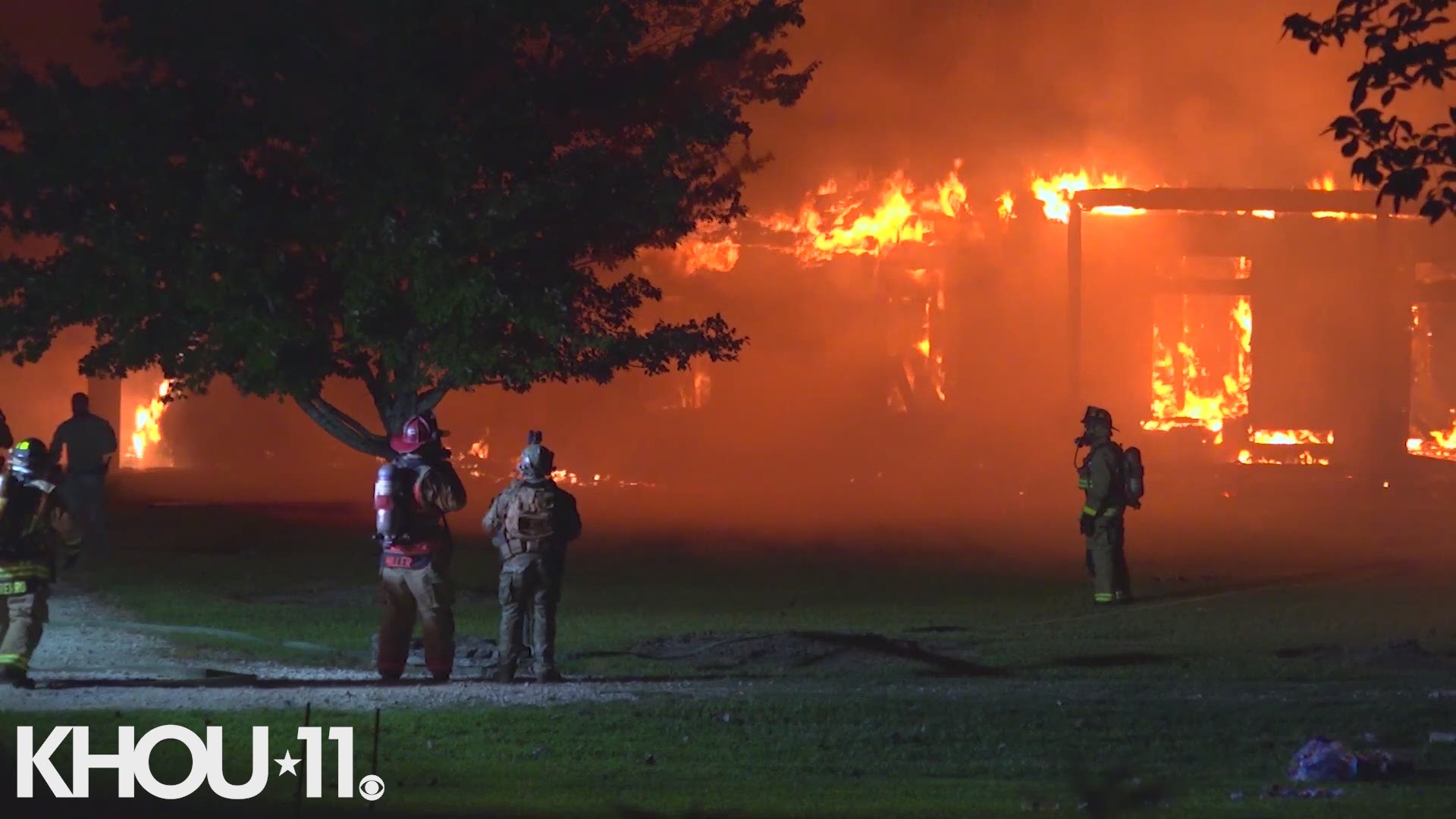 BAYTOWN, Texas — Harris County Sheriff Ed Gonzalez said a suspect barricaded inside a home intentionally set the home on fire during a standoff.

This happened at a home in the 6800 block of FM 1942. Investigators said they thought the suspect was the home and may have shot himself after setting the fire. The standoff started Friday at about 9:30 p.m.

Harris County deputies said the suspect's sister called 911 after two got into an altercation and the suspect pulled out a weapon.

Deputies responded and when they attempted to approach the suspect's home, he reportedly fired his weapon. Deputies retreated and called SWAT.

When SWAT made it to the scene, they attempted to make contact with the suspect but were unsuccessful. They then attempted to get inside the suspect's home after getting a warrant, but as they moved closer to the house, they noticed a fire.

SWAT continued to make contact with the suspect but then heard more gunshots coming from the home.

The fire started to grow larger and the home became fully engulfed.

Investigators believe the suspect was killed inside the home.