Deputy Kareem Atkins, 30 leaves behind a wife and two kids. 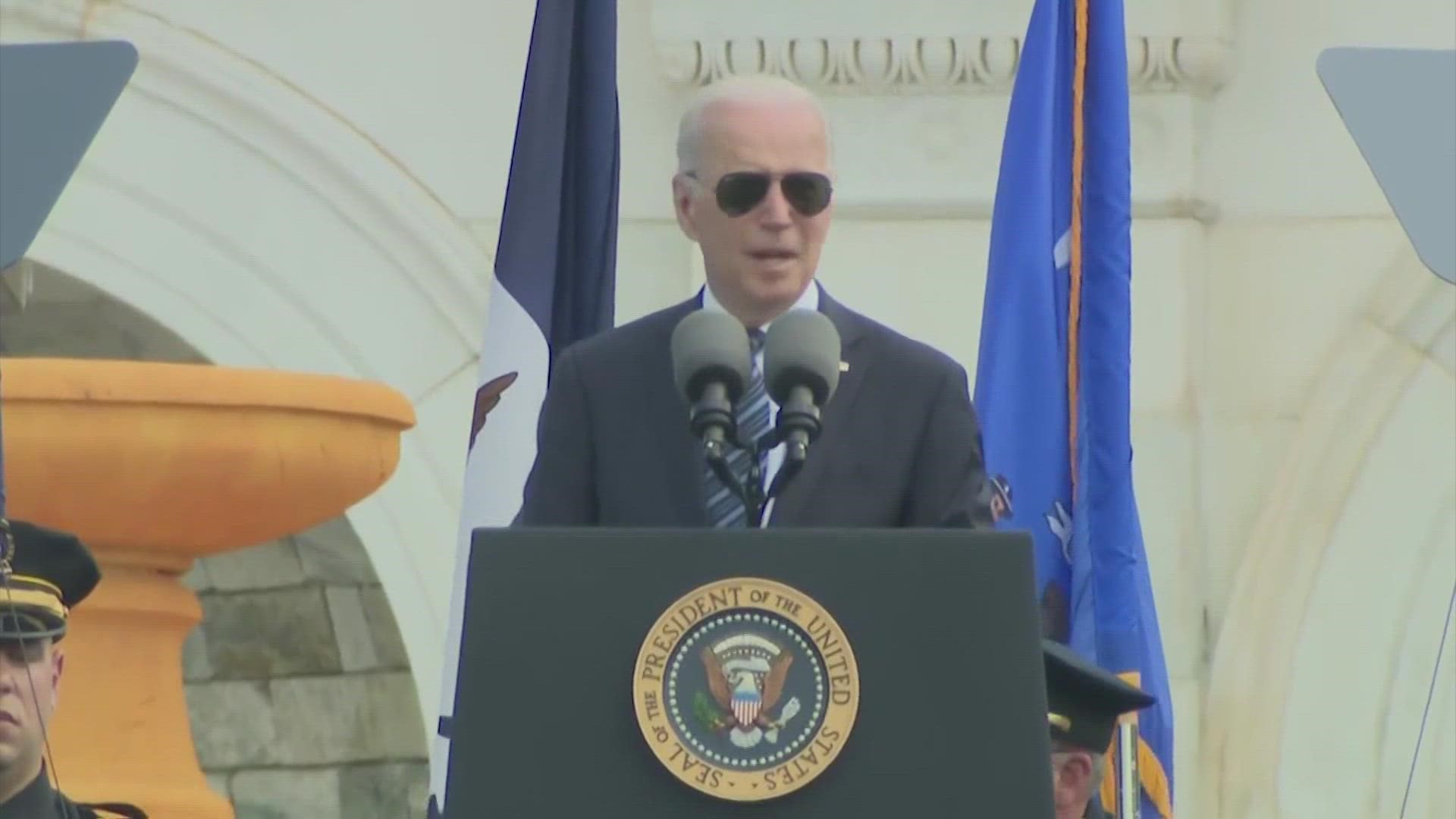 HARRIS COUNTY, Texas — A Harris County Precinct 4 deputy constable is dead and two others are injured after they were shot while working an extra security job in north Houston, according to police.

Precinct 4 has identified the deceased officer as Deputy Kareem Atkins, 30. He had been with the department since January 2019. Atkins recently returned from paternity leave, according to Precinct 4 Constable Mark Herman. He leaves behind his 6-month-old son, 2-year-old and daughter and wife, family members told KHOU 11.

Investigators said Deputy Darryl Garrett, 28, is hospitalized in the intensive care unit at Memorial Hermann Hospital after being shot in the back. He is out of surgery. He joined Precinct 4 in March 2018.

Deputy Juqaim Barthen, 26, was shot in the foot. He was also hospitalized. His current condition is unknown.

It happened about 2:15 a.m. Saturday outside a bar in the 4400 block of the North Freeway near Crosstimbers.

Precinct 4 said the three officers were working an extra security job at a bar inside the shopping center when Atkins and Garrett were alerted to a possible robbery and went into the parking lot.

They were in the middle of arresting a suspect when deputy constables said the officers were ambushed by a suspect armed with an AR-15 assault rifle from behind a vehicle. Atkins and Garrett were both shot.

Barthen heard the gunfire and rushed over and was immediately shot, according to the precinct. It's unclear whether the deputy constables had a chance to return fire.

The Houston Police Department detained and questioned a person at the scene, but at this time, they don't believe he is the shooter.

UPDATE: The individual detained near the scene has been interviewed by detectives. At this time, he is not believed to be the shooter.

"It's probably one of the toughest things I’ve done in my career,” Herman said.

“My main concern is the families of the three officers involved...I hope for swift and quick justice for that individual because he ambushed my deputies.”

A procession escorted Atkins from the hospital to the medical examiner's office, where dozens of Precinct 4 deputies awaited their arrival.

Deputy constables stood in salute, some with tears running down their faces. Many of the officers hugged and consoled each other.

According to Harris County Judge Lina Hidalgo's Office, Texas Gov. Greg Abbott has ordered flags to be lowered to half-staff in honor of Deputy Akins.

At the request of Judge Hidalgo, Governor Abbott has ordered flags of the State of Texas and of the United States lowered to half-staff in honor of the life and public service of Harris County Constable Precinct 4 Deputy Kareem Atkins.

If you have any information that could help investigators, please call the HPD Homicide Division at 713-308-3600 or Crime Stoppers of Houston at 713-222-TIPS.