Garrett Rolfe is currently being held at the Gwinnett County Jail. 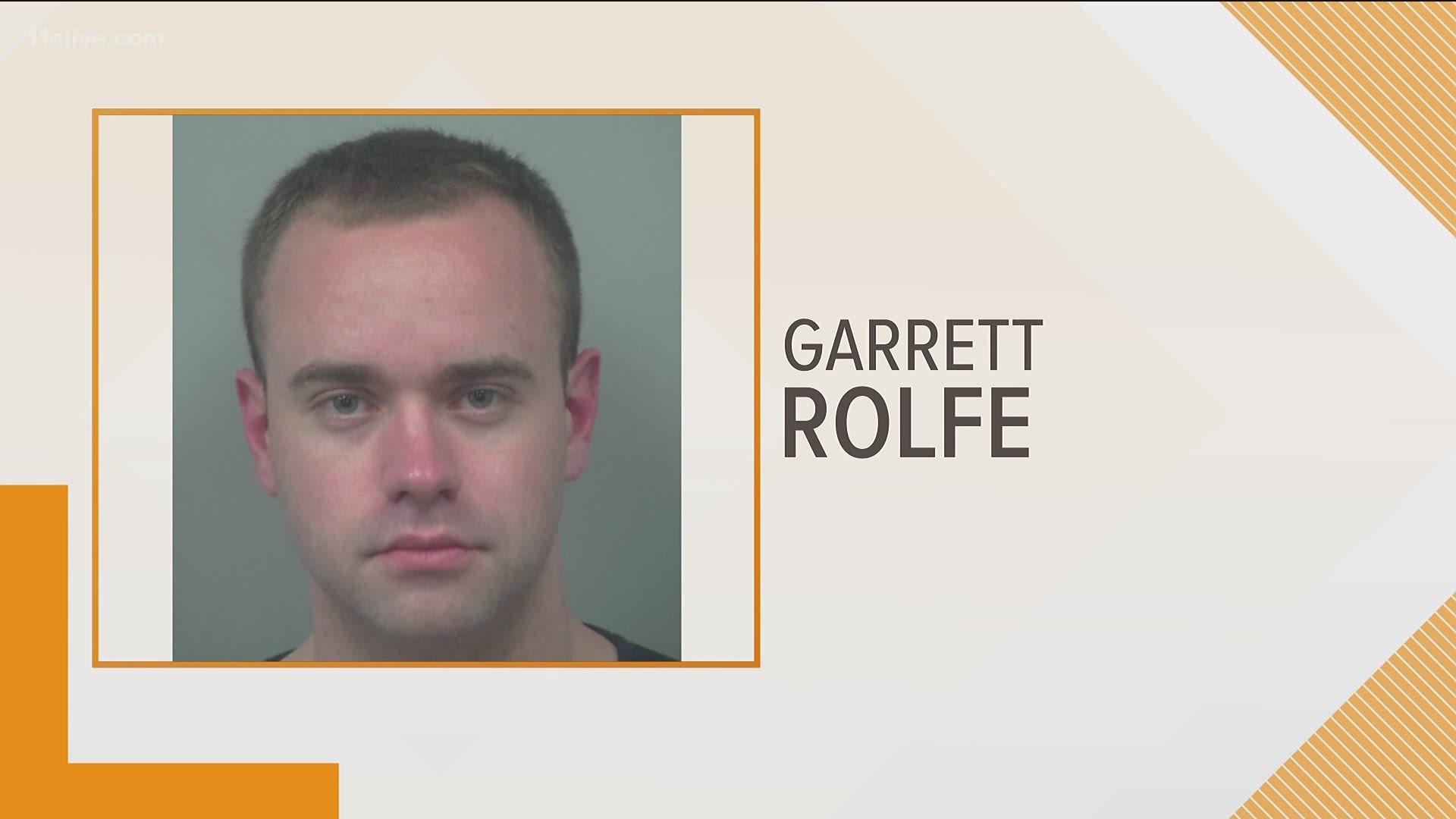 ATLANTA — The former Atlanta Police officer charged with murder in the fatal shooting of Rayshard Brooks waived his first court appearance. A judge denied him bond.

Garrett Rolfe, who faces a felony murder charge, along with 10 other counts, was set to appear before a Fulton County magistrate court judge Friday morning, but waived his appearance.

According to 11Alive's Joe Henke, who was in the courtroom Friday, Judge Jeffrey Frazier said due to the charges listed against Rolfe, he was unable to set bond. Rolfe will have another bond hearing June 23.

Because of the ongoing pandemic, court was mostly held virtually - all first appearances were held on Zoom, with only the judge present in the courtroom. Henke said no attorneys for Rolfe were present on the call.

In a scathing statement, one of the attorneys representing Rolfe lambasted Fulton County District Attorney Paul Howard for what he characterized as "unethical" pursuit of charges to benefit Howard's reelection.

"Twice in the past few weeks Paul Howard has put his own ambitions ahead of the good of his constituents as he seeks to capitalize on a series of national tragedies," accused Noah Pines.

"Under Georgia’s Rule of Professional Conduct 3.8, Paul Howard is prohibited from making 'extrajudicial comments that have a substantial likelihood of heightening public condemnation of the accused.' In fact, he is only permitted to inform the 'public of the nature and extent' of his actions 'that serve a legitimate law enforcement purpose.' He has violated that rule today and also made blatant false statements," Pines continued.

Pines wrote that Howard's choice to bring charges before the Georgia Bureau of Investigations finished examining the case was "rash," and that there is no legal basis for the 11 charges Rolfe faces. He countered that it was Brooks, instead, who would have faced felony charges for eluding police, firing a taser and assaulting Rolfe. He concluded that Rolfe's actions were justified.

"Mr. Brooks chose to attack two officers, to disarm one of them, and to point and fire a deadly weapon at Officer Rolfe, he took their lives, and his own, into his hands. He took the risk that their justified response might be a deadly one," Pines said. "Nobody is here to applaud the death of Mr. Brooks. He was a father, he was a member of his community, and his death was a tragedy. But not every tragedy is a crime."

Pines will now be working with a team of attorneys, including Bill Thomas and Lance LoRusso, in defense of Rolfe.

Both Rolfe and Officer Devin Brosnan surrendered to authorities on Thursday.

Brosnan, who faces a total of four counts, including aggravated assault and three counts of violation of oath, was later allowed to bond out on a $30,000 signature bond.

RELATED: Former APD officer charged with murder of Rayshard Brooks turns himself in, second officer out on bond

Following last week's shooting, Rolfe was fired by the department and Brosnan was placed on administrative leave.

Both men will face a Fulton County grand jury which will determine if they will be indicted. But, due to the pandemic, no grand juries can meet until at least October.

Fulton County District Attorney wants the ability to move forward with this case without an indictment.

Officer fired, another on administrative leave after deadly shooting of Rayshard Brooks