Matheau Moore was indicted this week in connection with the death of his wife. 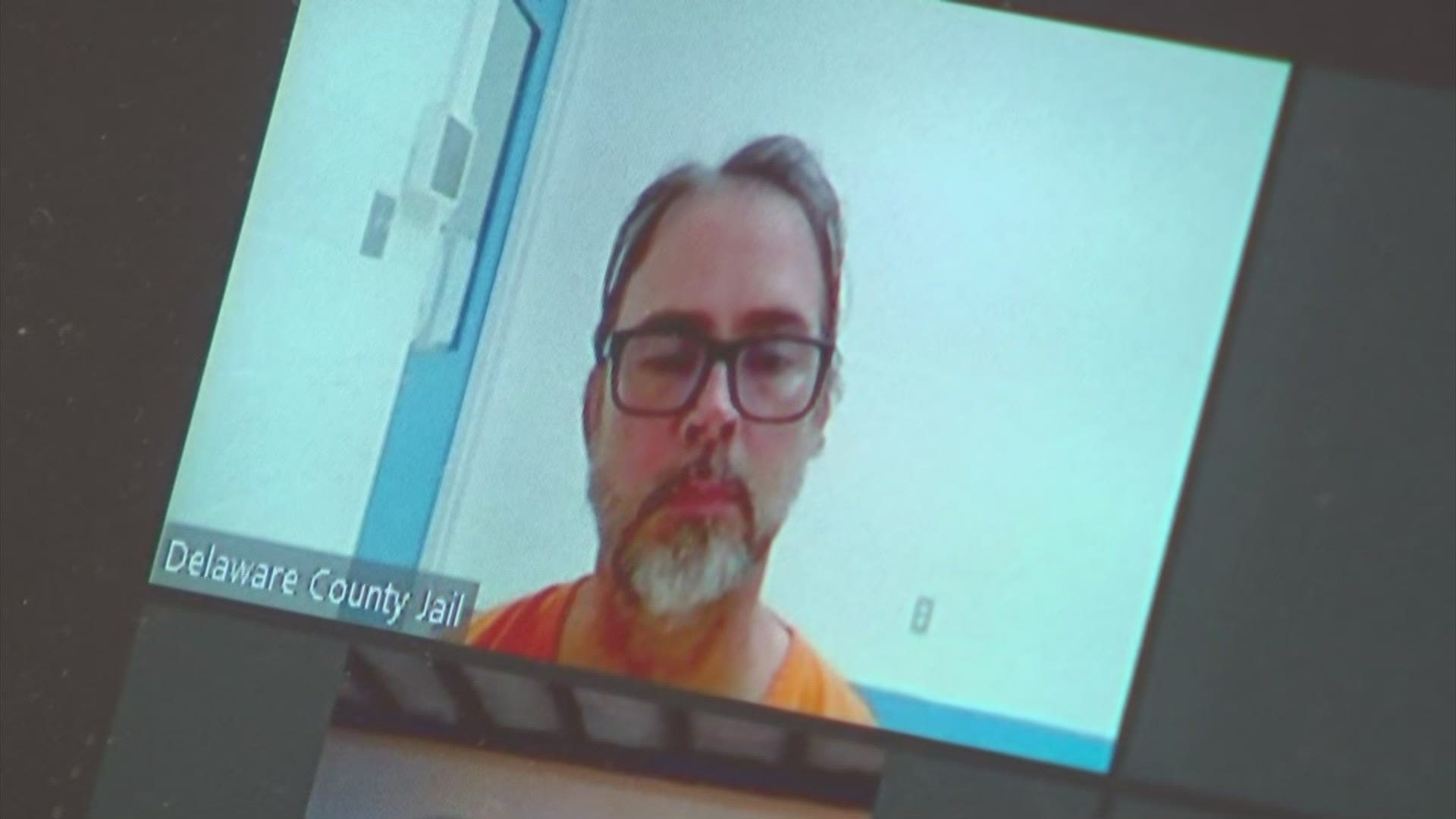 The husband of a Westerville woman who was found dead nearly five months after she was reported missing pleaded not guilty to charges against him on Friday.

Matheau Moore was arrested Thursday after being indicted on two counts of murder and one count of felonious assault in the death of Emily Noble.

Moore reported Noble missing on May 25, 2020. Her body was found on Sept. 16, 2020, in an area that had been searched three previous times, including once with cadaver dogs.

It would be months later, in October, before DNA confirmed the body was hers. And it would be more than year since the date of her disappearance that officers made an arrest.

That arrest came after a lengthy investigation that involved lab research and expert analysis. Police said that the autopsy showed Noble had multiple face and neck fractures consistent with strangulation and her death had been staged as a suicide.

And in court on Friday, Delaware County Prosecutor Melissa Schiffel further described Noble’s injuries, saying she had been severely beaten before her death and strangled to the point of suffering several neck fractures.

On the day of his arrest, Moore told reporters that investigators were making a “mistake” and that he did not kill his wife.

And appearing via Zoom in court on Friday, he pleaded not guilty to all of the charges against him – two counts of murder and one count of felonious assault.

The judge ordered he be held on a $2.5 million cash surety bond.

When arguing for a higher bond, Schiffel pointed to a previous accusation of domestic violence against Moore.

10TV had obtained those records from the Las Vegas Police Department earlier in the day Friday.

The documents describe an incident that happened on New Year’s Day in 2001 with Moore’s then wife of three months. He’s accused of pushing her, grabbing her neck and telling her – “you’re done for” – during a physical altercation. According to the report, his wife at the time told police this had happened before, but she had not called for help. The case was later dismissed in court.

“In that case, though he was accused and arrested for strangling someone else, so obviously this concerns the state as a potential pattern and shows he could be a danger to a society if let out,” Schiffel told the court.

10TV also learned of another incident in Moore’s past that caused concern for investigators.

The summer before Noble disappeared, Moore’s 17-year-old son died by suicide. A coroner’s report obtained by 10TV shows the teen died by hanging outdoors in an area park.

The circumstances were similar to how Noble’s body was found. Westerville police confirm they did re-examine that case after Noble’s disappearance. But the ruling of suicide in that case still stands.

On Friday, several friends and family members of Noble were in court. They had hoped to see Moore in person and were prepared to show strength in solidarity.

Tondra Van Allen also had harsh words for Moore’s father, who was in court that day as well.

“The thought of him even getting out on bail, it infuriated us,” she said. “And we had Emily’s picture on our phones, ready to show Mat when he walked into that courtroom. We wanted them to see her on our phones, and it was a video call. It just, all of us were steaming watching him smile. And I know I was taking a chance to speak out, that I might get in trouble, but I had to let him know – you can smile, but he did this. This is not a mistake. And he is going to serve justice for this. He is going to be behind bars for this. I am positive that this is going to be the outcome.”

Moore’s father told 10TV he had spoken to his son in jail and that his son once again proclaimed his innocence. He also said he believed his son was innocent. When asked what he thought had happened to Noble if his son was not responsible for her death, he said he did not know.

“There’s no way this is a mistake like Mat wanted to say,” Van Allen said. “We knew he did this from the beginning. His family, our family and friends, we just bit our tongue and let the officers do what they needed to do. We knew this was going to be the outcome, that he was going to be arrested and hopefully it will follow through and he will serve time in jail, hopefully a lifetime.”

A pre-trial hearing for Moore is scheduled for Aug. 16, with the trial beginning on Sept. 7.