The man behind the wheel during a deadly accident that killed two people - including a groom on his wedding day - is facing charges, but that's not the news the victim's bride wanted to hear. 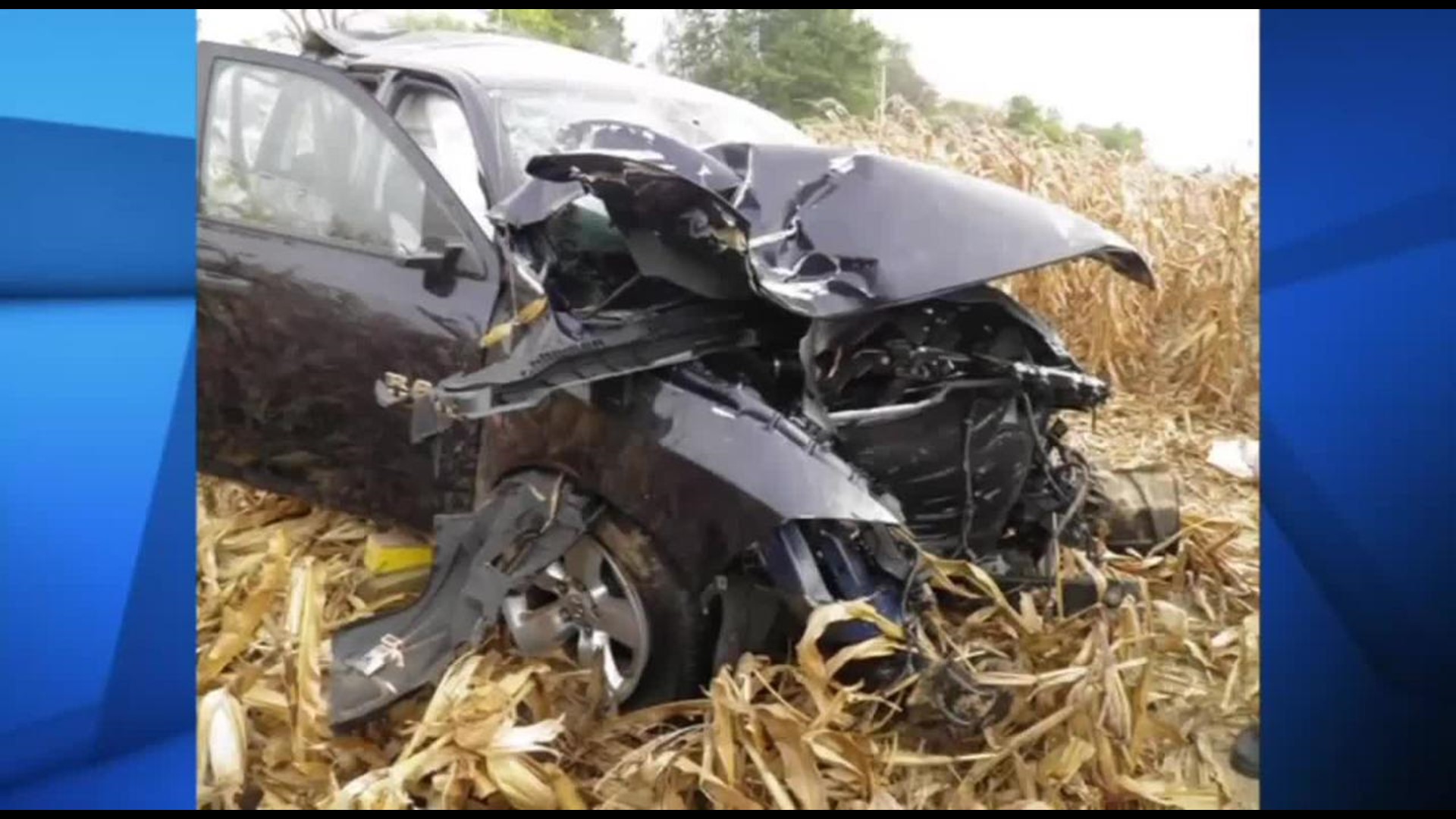 The man behind the wheel during a deadly accident that killed two people - including a groom on his wedding day - is facing charges, but that's not the news the victim's bride wanted to hear.  Ruth Bloomfield says she doesn't want to see Tim Tebbe go to jail. She says he has already been through enough.

It was just hours after her wedding ceremony when Bloomfield and her new husband, Andy Bloomfield, joined Tebbe and another friend, Liz Shelton, for a ride.  Ruth Bloomfield says Tebbe was taking them to get his wedding gift for them, a bottle of moonshine.  Moments after getting that gift, their lives would forever change.

"I want to forget the whole entire accident,” Bloomfield said. "I can never forget that day."  She says she tries to focus on the good memories from the day she said "I do" to Andy Bloomfield only to lose him hours later.  "Yes, I lost a husband, but I'm making it,” she said.

With her wedding picture by her side, Bloomfield spends most of her time on a couch. Her movement is limited as she recovers from injuries sustained in the crash.  Bloomfield also deals with the emotional pain of losing not only a husband in the crash, but her friend, Liz Shelton.

She says it is pain Tebbe is feeling too.  "He already has to live with the fact that he lost two best friends,” she said.

Wyandot County Sheriff Michael Hetzel says alcohol may have contributed to the crash, but says speed was the major factor.  "It was close to three-digit speeds,” he said. “We have every reason to believe it was three-digit speeds."

Bloomfield says she remembers the crash vividly and argues Tebbe was not going anywhere near 100 mph.  "He wasn't speeding when we got in the accident,” she said. “He would never go that fast.”

Bloomfield says she understands the need to charge Tebbe in the deaths and injuries from the accident.  But she says he is still her friend; a friend she doesn't want to see go to jail.  "He already has to deal with it for the rest of his life,” she said.