Surveillance video captures a car careening into a carry out overnight. Watch the video. 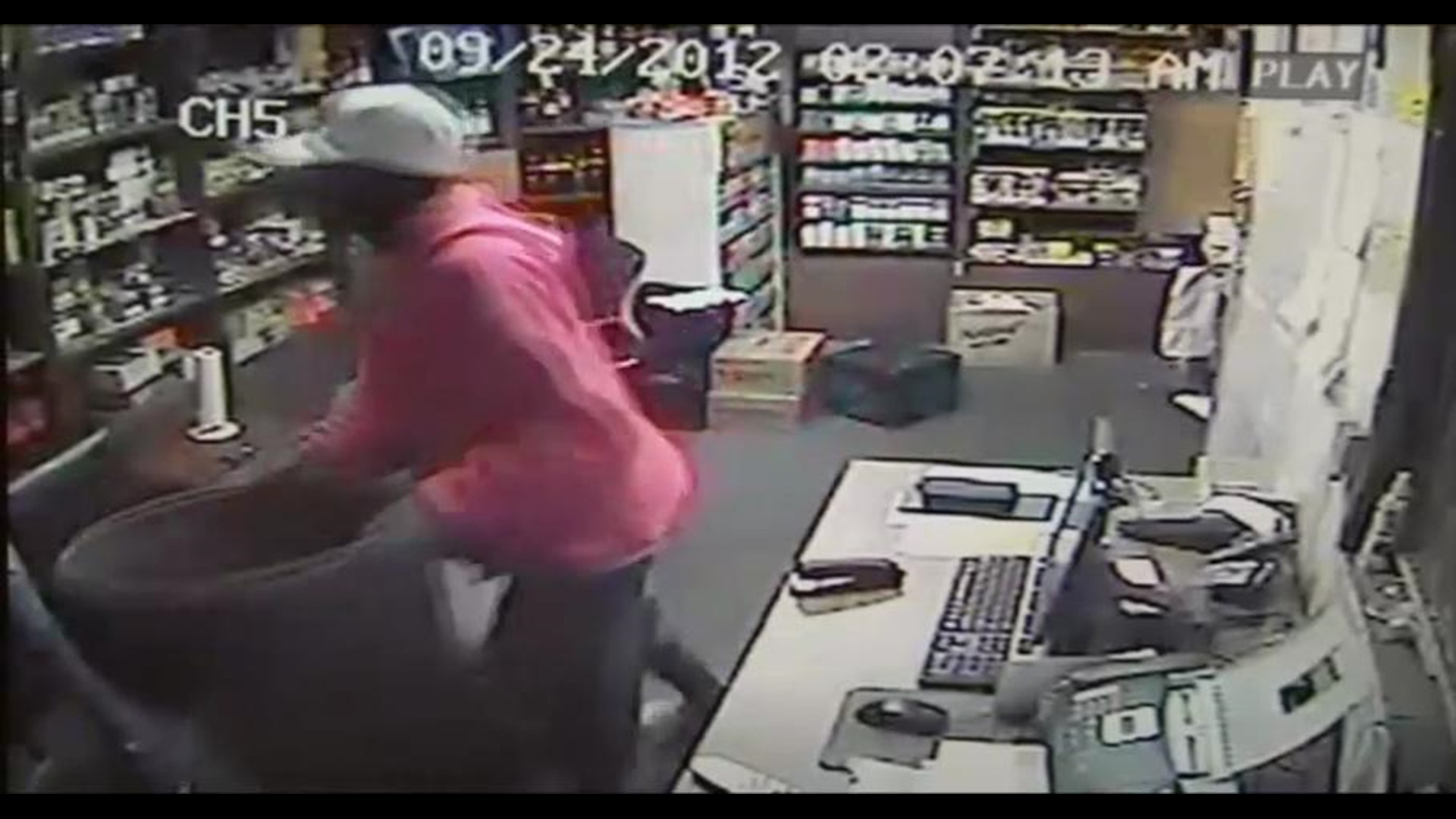 Thieves used a car to break through the doors of a carryout to steal cigarettes around 2 a.m. Monday.

The thieves cut through a steel gate and turned outdoor security cameras away before plowing what police said was a stolen Ford Focus into E Jay's Drive Thru, located along Parsons Avenue.

The men used a sledgehammer to break open an office door and used trash cans to haul away about boxes of cigarettes. The entire robbery took about five minutes.

Victim Chaudhary Ansar was shocked to see the video of the 'crash and grab' theft.

The store owners said the men knew enough to cut off the locks off the gate that protected the door. They also knew what they wanted.

Columbus Police said this is the 18th cigarette heist since July.

"My gut reaction was my shoulders just sunk, because there are a couple of detectives that are working on this diligently," said Lt. Robert Strausbaugh, Columbus Burglary Squad.

Strausbaugh said that the thieves are going to extremes because they can cash in cigarettes on the street.

Police said they need to people to report anyone selling cigarettes on the black market, because the cost of the crime will ultimately be passed onto the consumer.

Ansar said that he could not believe someone would be so bold to smash into his store, not knowing they would be caught on camera.