A female teacher at Fisher Catholic High School is on leave after allegedly sending a topless photograph. Find out more. 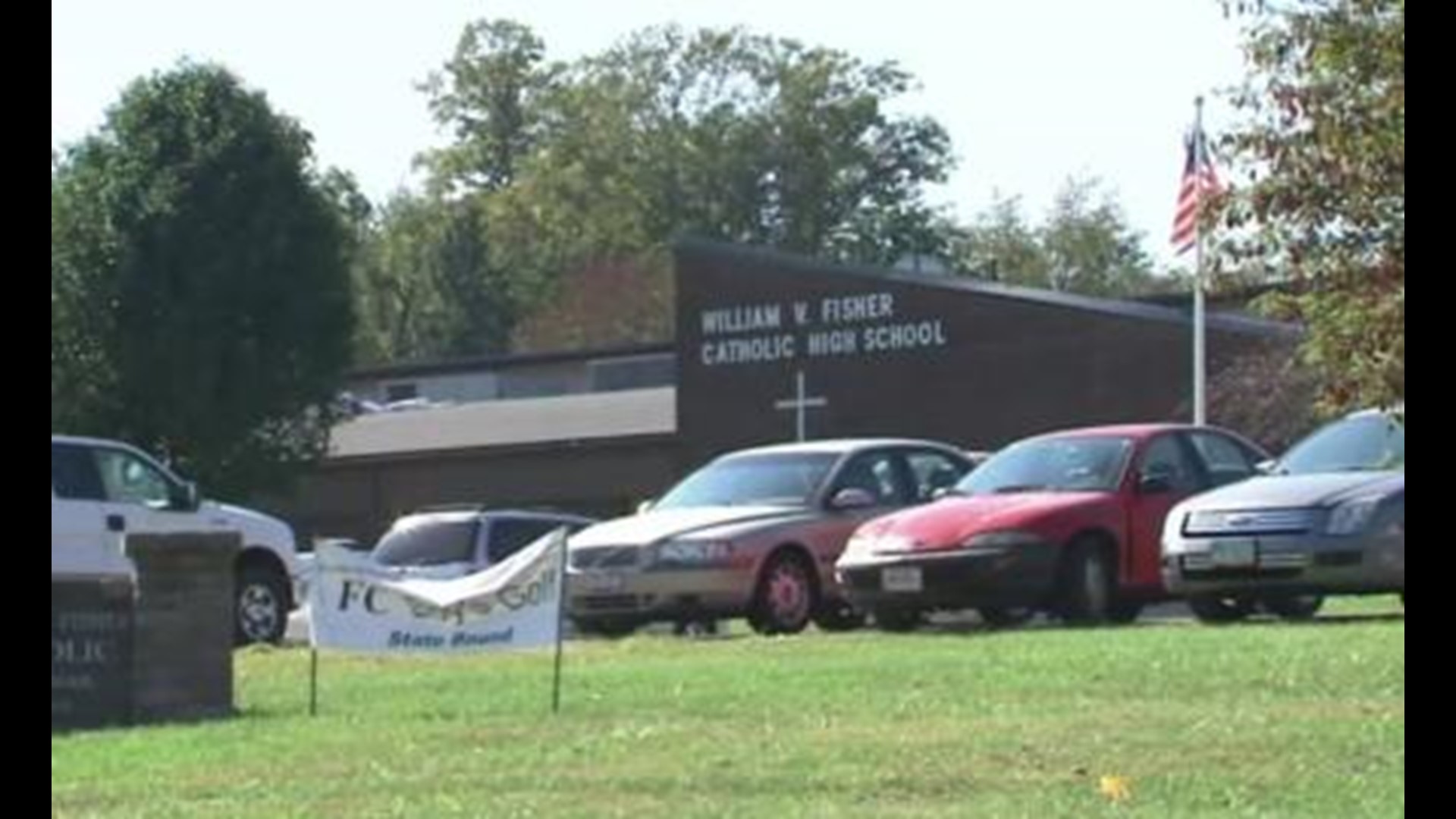 A teacher at Fisher Catholic High School is on paid administrative leave after being accused of sending a nude photograph to a student.

The Lancaster Eagle Gazette said the report was made to the Lancaster Police Department Sunday morning. The school principal made the report to authorities after a parent made the claim.

“So far, we have one student who made one allegation, and that's what we're following up on,” said Capt. Adam Pillar, Lancaster Police.

Police say the student and one of his parents told detectives the teacher "asked him for his phone number and he gave it to her.  After school, (she) began to text him about why he was mad in school. She then sent him pictures of herself naked and asked him to send pictures of himself naked."

The report goes on to say the student then "sent a couple of pictures to (the teacher) of his genitals. (The teacher) continued to send naked pictures of herself to him. The next day, he stopped the texting with (the teacher) because it was freaking him out."

Police say the teenager told them he deleted all the pictures sent between the two, but then he was afraid someone would find out and he wanted evidence.

The report says "he texted her for another picture and she sent him one of her naked. He saved it to his email. He also stated (the teacher) rubbed his leg with her foot in class when it was just them two alone. He became uncomfortable and left the classroom."

Police say a teacher sending a sexually explicit photo to a minor may be just a misdemeanor, but asking for a nude photo back is a much more serious crime, and something uncommon for this community.

"The fact where it's sexting between a person who's a teacher - and a student - that's pretty unique in my 23 years...I don't think I can ever recall that happening,” said Pillar.

The teacher has not been charged with any crime at this point in the investigation.

She has taught at the school for five years and has not faced any other claims of this nature, the principal told the newspaper.

A lawyer representing the family of the student released the following statement to 10TV:

"I represent the family of the student at Fisher Catholic High School who received inappropriate electronic messages from the teacher...the student is a minor and it is requested that the privacy of the student and the student's family be respected. They are cooperating with the relevant authorities." - John Snider