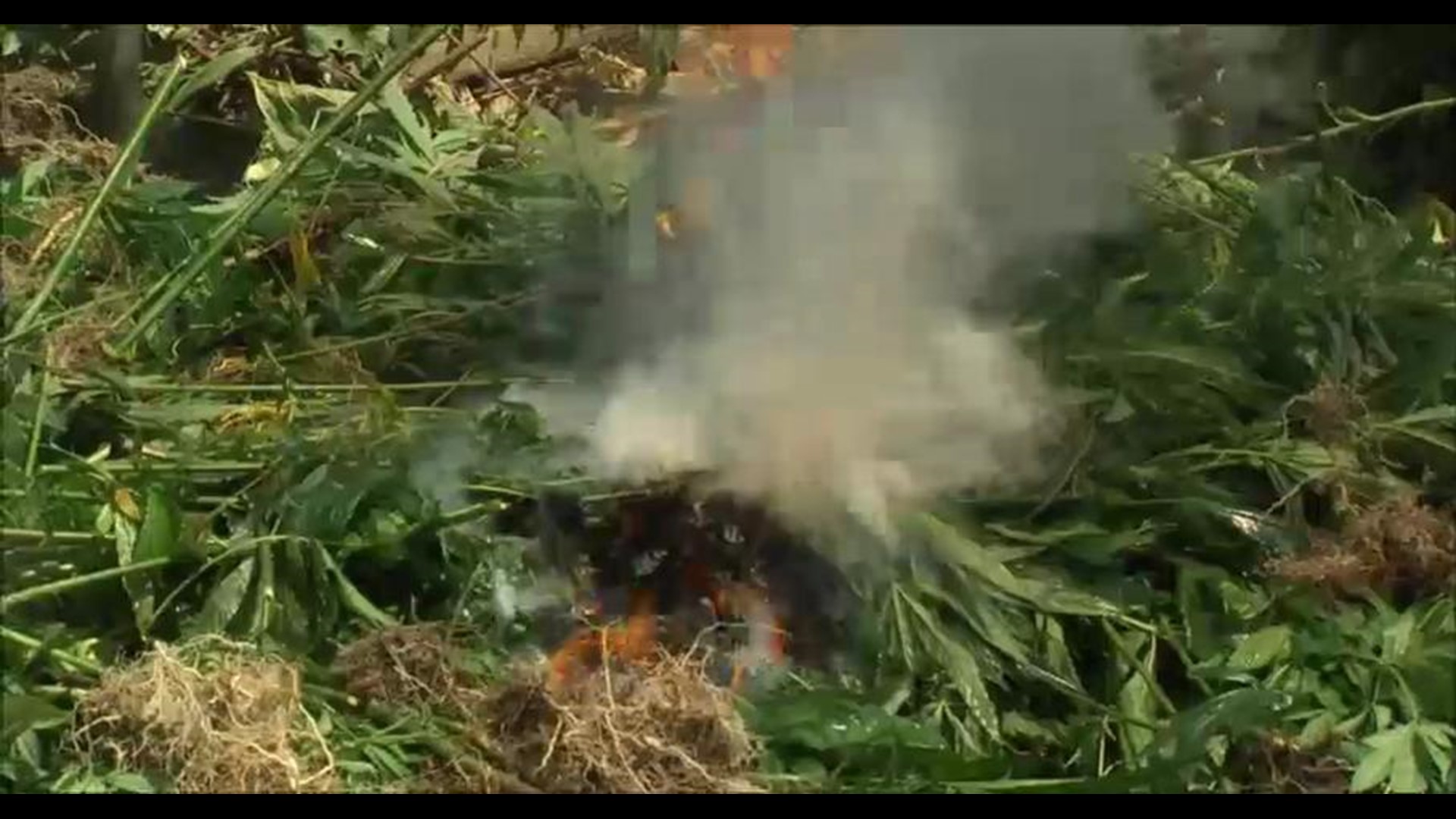 Agents seized more than 1,200 marijuana plants as part of a major drug raid on Thursday.

More than a dozen agencies participated in the raid, which was led by the Bureau of Criminal Investigation and the Pike County Sheriff’s Office.

Agents discovered three different marijuana plots, the first one about 60 feet wide and at least 50 yards long, with hundreds of maturing marijuana plants.

Investigators said that the plants were growing as part of a planned operation, with suspected ties to a Mexican drug cartel.

According to agents, no workers were found on the site, but investigators did find two encampments which appeared to have been abandoned quickly.

“They go through a lot of effort, no question, and they have outside help, so we know there’s people bringing supplies to them, people dropping workers off and picking them up,” BCI agent Scott Duff said. “History has shown us this is a very organized event.”

Agents said it would be nearly impossible to prosecute anyone out of the raid.

After evidence was gathered, the plants were burned.  Agents say if the plants had been left to mature and sold on the streets, they could have been sold for an estimated $1,000 to $1,500 a piece.

They did say it was early in the growing season and they would continue to hunt for more of these operations to take more marijuana off of Notethe streets.