According to U.S. Marshals, Adams was found "cowering in bedroom closet, surrounded by piles of clothes." 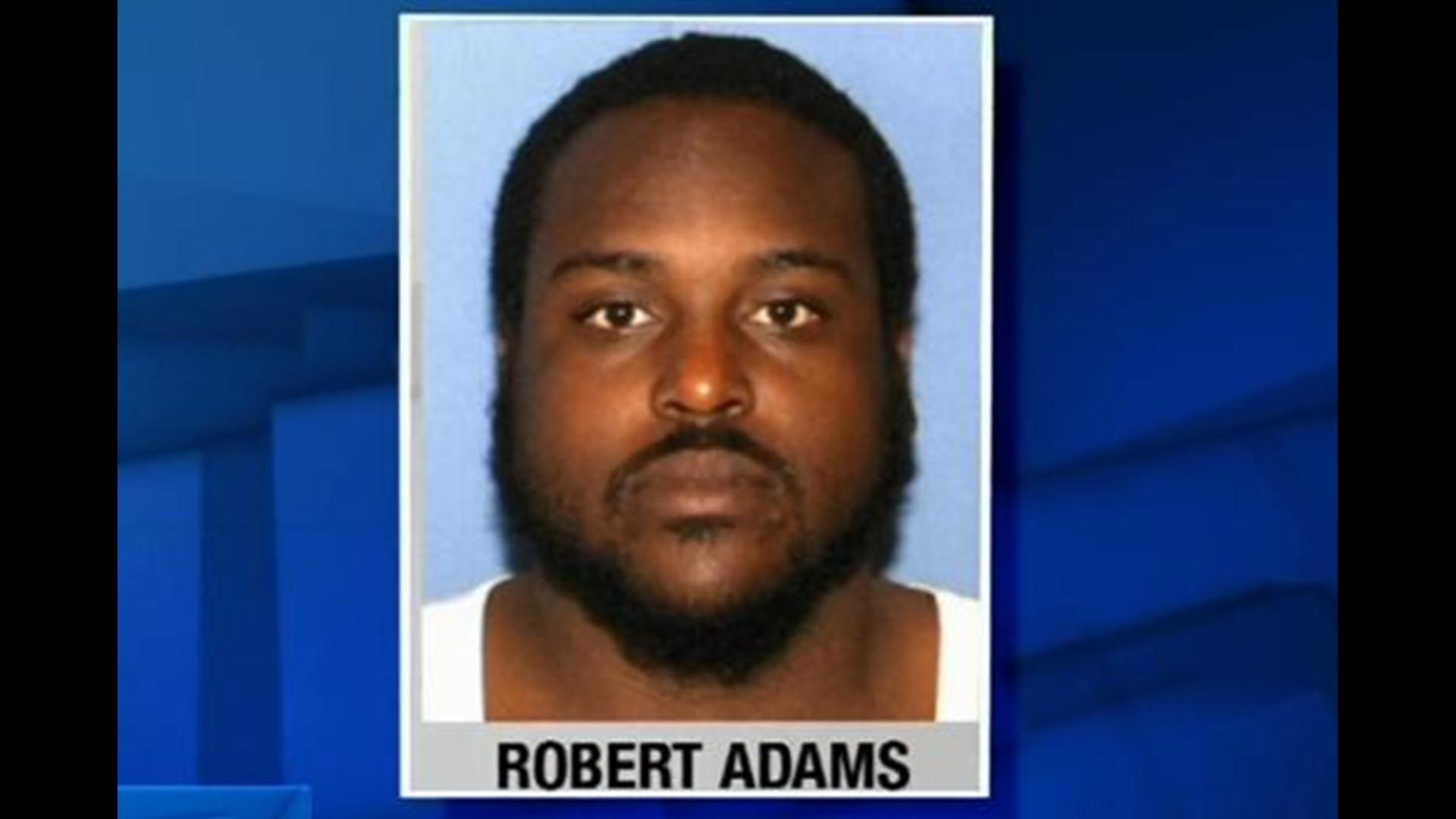 Robert Adams, a man wanted in connection to the brutal murders of four people in June, has been arrested.

Acting on a tip received by the Columbus Police Homicide Unit and Crimestoppers, Adams was arrested by U.S. Marshals and members of the Oktibbeha County Sheriff's Office on Wednesday in Starkville, Mississippi, located about 125 miles northeast of Jackson.

Information and tips received by Marshals in Ohio indicated that Adams had fled to Mississippi shortly after the murders.  Acting on the tips, Deputies and Task Force Officers of the United States Marshals Gulf Coast Regional Fugitive Task Force and the Oktibbeha County Sheriff’s Department raided two locations, and discovered the fugitive suspect in a home in the unincorporated community of Rock Hill in rural Oktibbeha County.

According to U.S. Marshals, Adams was found "cowering in bedroom closet, surrounded by piles of clothes."

Peter C. Tobin, United States Marshal for the Southern District of Ohio, said, “This fugitive has demonstrated extreme violence and shown a disregard for the lives of others. We in the law enforcement community are very happy that Adams is in custody without further bloodshed.”

Adams is accused of gunning down 35-year-old Angela D. Harrison, 18-year-old Tyajah Nelson, 26-year-old Daniel Sharp and 41-year-old Michael Ballour in the basement of a home on East Hudson Street in Columbus on June 13.

Court records show the only surviving victim, a 15-year-old girl, identified the killer as Adams.  The teen  was grazed by a bullet during the attack and knocked unconscious. Police presume Adams thought the girl was dead.

Amid the two-month-long hunt for Adams, investigators said they believed someone was helping Adams elude law enforcement.   On Wednesday, the alleged killer was taken into custody near a home of a relative.

The 27-year-old is facing murder, kidnapping and aggravated robbery charges for his alleged killing spree.  According to Columbus Police, he will be extradited to Franklin County.

Meantime, police have already taken custody of 16-year-old Jordyn Wade for his role in the murders. Wade is charged with five counts of kidnapping and four counts of murder. He was also charged with attempted murder and a weapons charge.

Records indicate there are active investigations involving drugs and sex for sale inside the home where the slayings happened.