A safety alert issued for Central Ohio's gay community, after two incidents of possible anti-gay violence. Get the story. 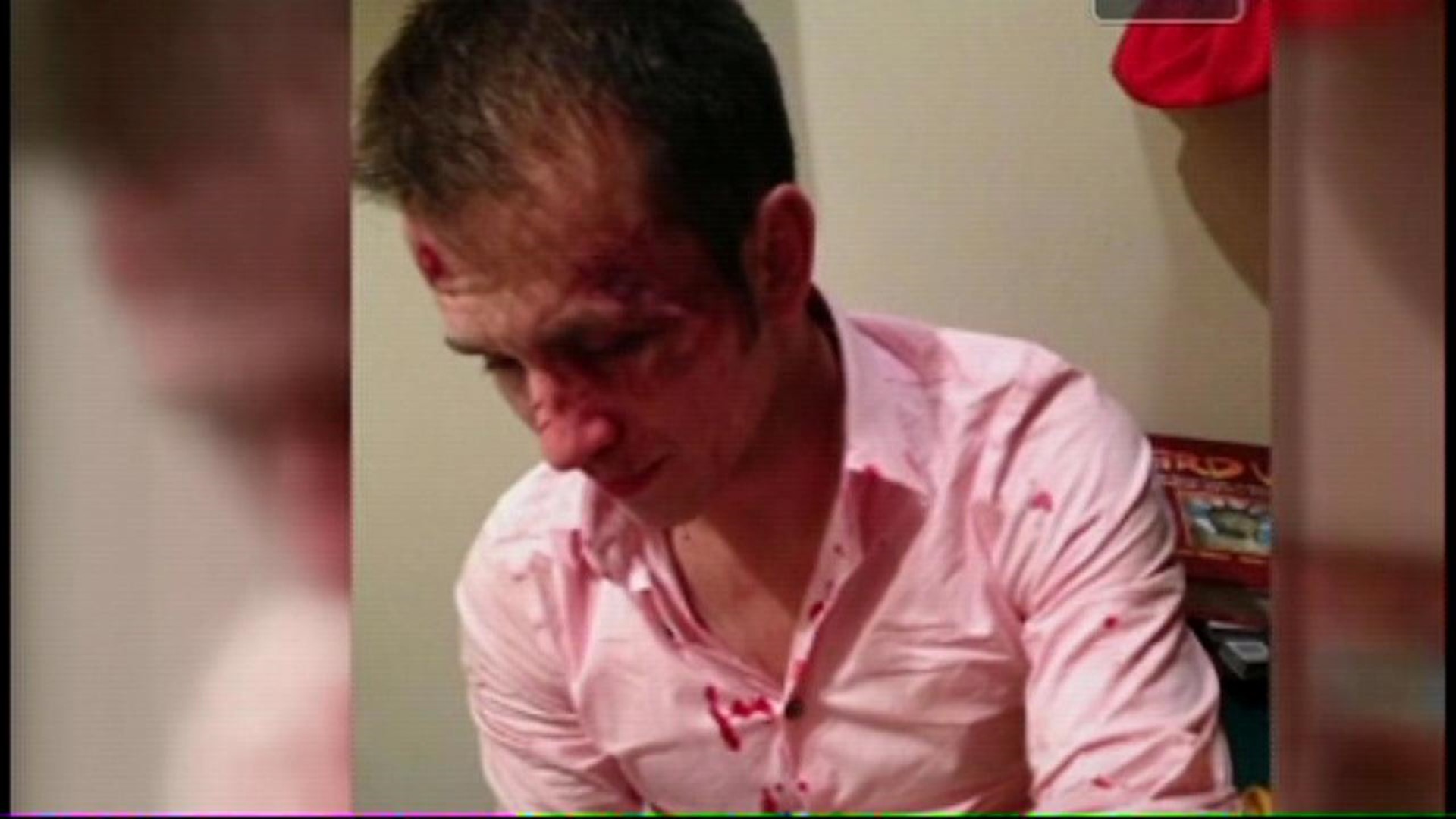 Friends of the most recent victim say he and his ex-boyfriend were walking to their separate homes, both near 5th and Indianola early Monday morning.
When one went inside, the other was jumped and beaten.

The photo is shocking.  It shows a man, his face scarred and scraped, his shirt splattered with his own blood.
His friends say in a city famous for being gay friendly, this photo is proof, hate still lives here.
Friends tell 10tv Chris Kratavil and his ex-boyfriend were walking home in the area of 5th and Indianola.
Kratavil says he and the other man were holding hands and kissed goodnight.  He says he noticed two men across the street.
He said hello to them as he crossed the street heading to his home.
As he passed, he says they jumped him, beating him in the head, dragging him face-first down concrete stairs and then kicking him repeatedly.

"It affects us. When somebody else is brutalized, we know it could have been us," says Gloria McCauley with BRAVO, the Buckeye Region Anti-Violence Organization.
She says the attack has alarmed many in the gay community.  "They are certain it was hate-motivated."

It comes on the heels of another gay man being assaulted last Thursday outside the Southbend Tavern in Merion Village.
25 year old Chris Ashcraft of Northern Kentucky says he was approached outside the bar by a man who asked for help jump-starting a dead battery.
"Once I was on the ground they kicked me in the face until I was unconscious," he said.

McCauley says the incidents are a disturbing reminder, even in the proudest of cities.
"This is our home. And we want to believe we're safe. We don't want to be walking in fear."

Columbus Police are investigating both incidents.  BRAVO is warning members of the gay community to be aware of their surroundings, and to walk in groups.