Police: Suspects rob 3 people in less than an hour

Columbus police search for two suspects who robbed three people in less than an hour. 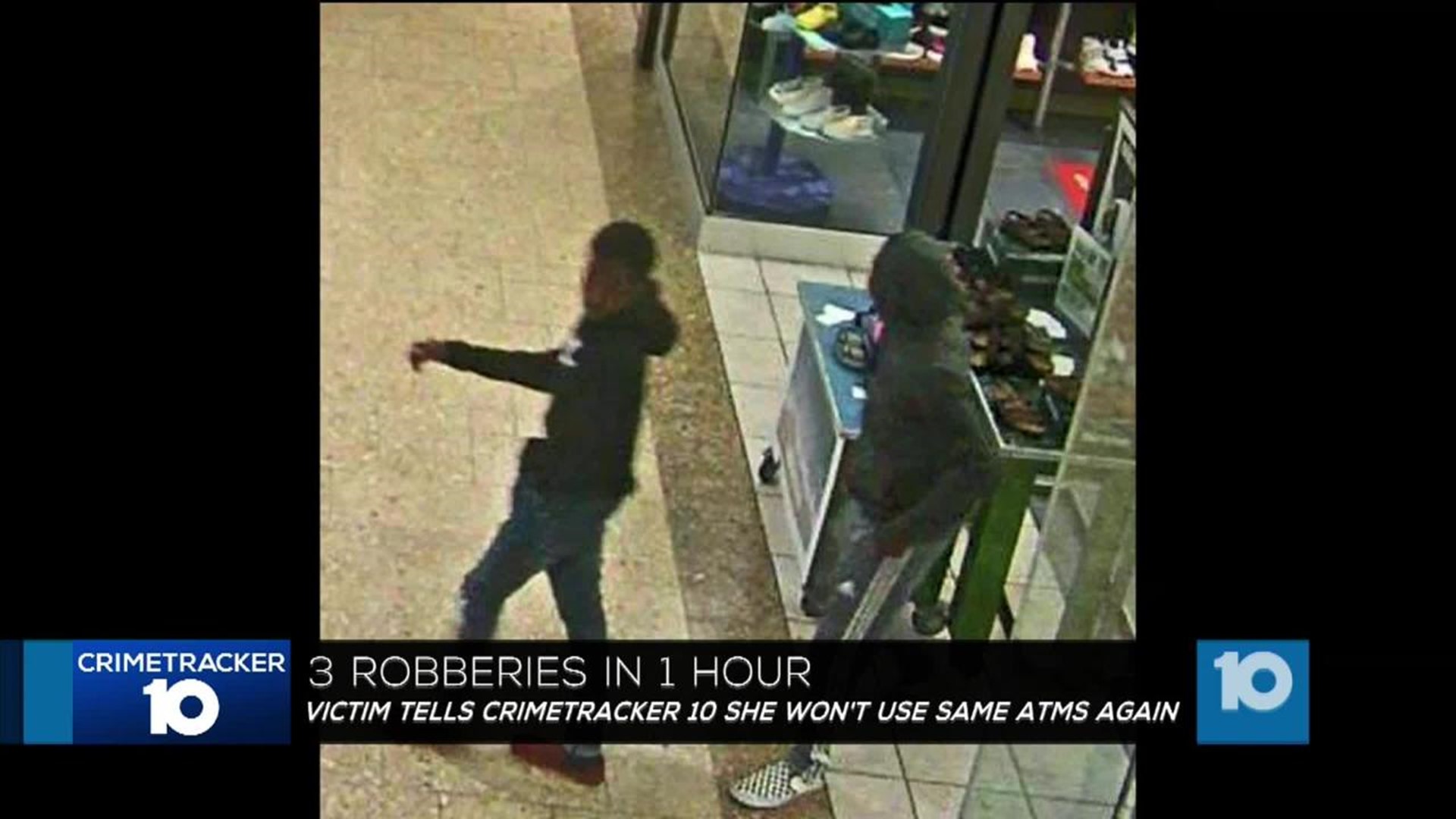 Two teens are wanted for armed robberies that all happened in under an hour.

The robberies happened on May 3: two on Sawmill Road and one inside the Mall at Tuttle Crossing.

“He showed me the gun handle from his waistband, I'm like ok, here ya go,” Danielle said.

Still shaken up, Danielle says she had just walked up to an ATM to deposit a check when she noticed two guys behind her.

“I thought I could talk them out of it, but then I saw the gun and it kind of scared the crap out of me,” she explained.

She says it took her a minute to realize what was going on. She then handed over the cash so they wouldn't hurt her.

She wasn't alone that night. Columbus police say the same two teens are responsible for three robberies in northwest Columbus within an hour.

Police say the two suspects went to the Huntington Bank at 3740 Sawmill Road at 8:08 p.m. They pointed a gun at a woman and demanded money.

“It's a little frustrating and disturbing that kind of stuff happens,” said neighbor Brooke Justiano.

Justiano lives in the area and says news of the robberies has her changing up her routine.

“I won't use the ATM's over here. I use them down the street where there's more light,” Justiano said.

Columbus police hope you take a long look at these pictures and say something if you recognize the suspects or the black Pontiac.

“I hope they catch them,” Danielle said.