A neglected and starving horse rescued by a Franklin County Sheriff’s corporal now is serving as a mounted patrol horse. Read more here. 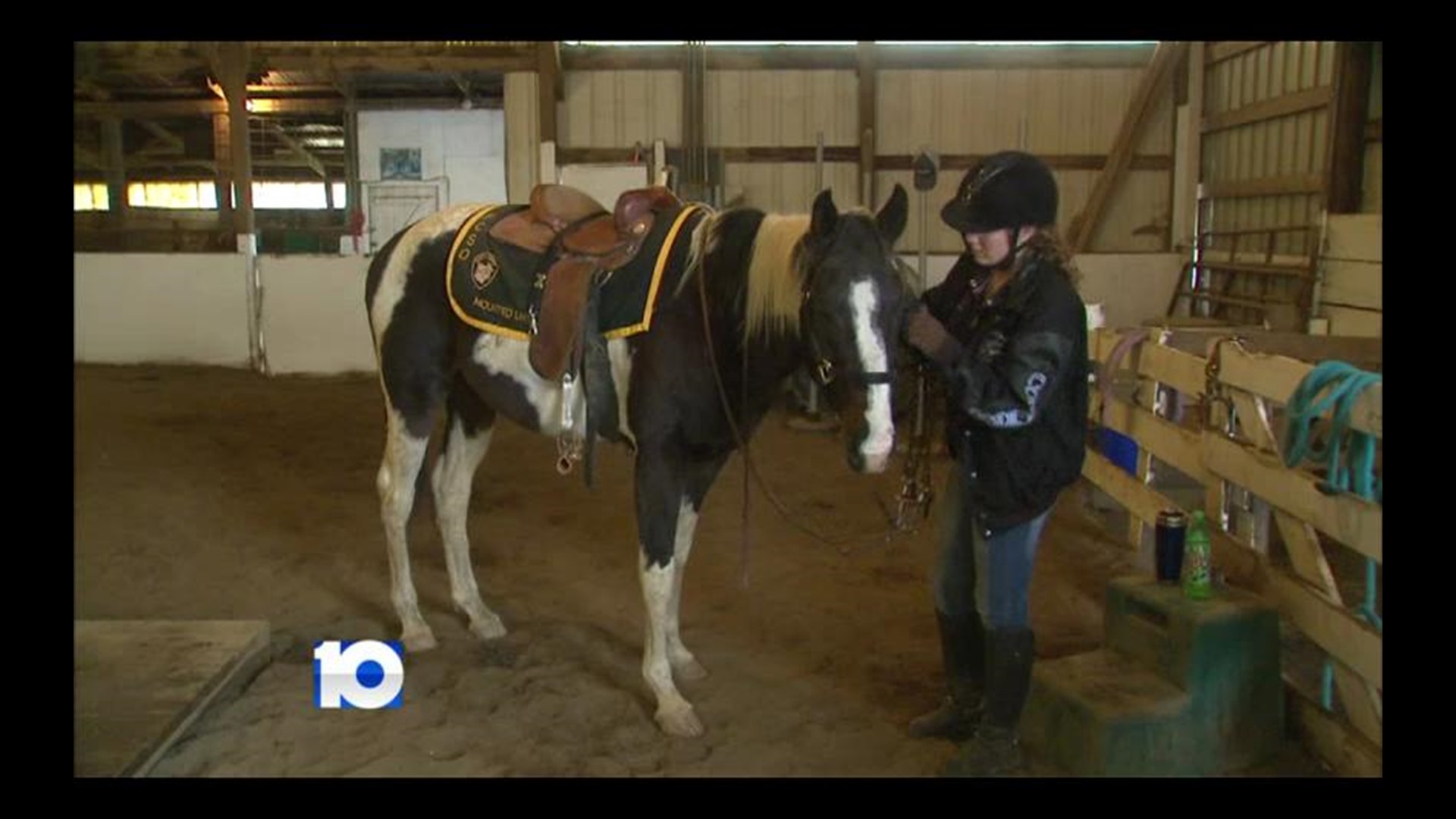 When a starving and neglected horse was found in a Groveport barn last winter, one officer decided to take on the challenge of giving him a bright future.

Corporal Sam Byrd of the Franklin County Sheriff's Office said Trooper was discovered in a dilapidated barn, fighting for food with five other starving and one deceased horse. He was told the horse’s prospects didn’t look good.

Byrd said the horse was "very malnourished” and that he had been told Tropper might be lame.

"He was just having a really hard life out there, a lot of neglect involved,” Byrd said.

Investigators contacted Byrd to examine the animal’s temperament; his experience with the mounted patrol gave him a history of dealing with horses.

He recalled that he and Trooper got off to a rocky start.

"The first time I had him, I got bitten, he actually bit me when we went out and looked at him," Byrd said.

Trooper’s trust had been broken, and he was skittish and afraid of people, Byrd said. However, his eyes revealed something more: a gentle soul and undeniable resolve.

Byrd said it was then that he decided to make it his personal mission to morph Trooper from crime victim to crime officer.

Nearly a year later, Trooper is 300 pounds healthier and now training as the newest member of the Franklin Country Sheriff’s Mounted Patrol Unit. He is focused, disciplined and distraction free.

“To be honest, I wasn't 100 percent convinced that he was going to be able to come out here and do this, but seeing the fact that he has made it to this point, it's really awesome to see that and we're glad we gave him a shot, you know,” Byrd said.

However, his new life doesn’t come without a price. In order to qualify for the program, Trooper had to undergo a delicate and expensive gelding, or castration, surgery

Beinlich and his colleagues performed the surgery, aimed to reduce aggressive behavior in males, for free.

Despite the high risk rate of a near 20 percent chance of complications, the surgery went well.

Trooper is living up to his name. Just hours after surgery, he was up and walking around, on the mend and on the move."

Byrd said Trooper’s spirit has helped him overcome his darker past.

“He obviously had the strength and perseverance to get through his troubles and now he's in a good place with a good group of guys,” he said.

Trooper will be used for different events in Franklin County including Columbus’ 4th of July celebration red-white and boom.

The sheriff's office said one horse unit can usually replace about five deputies on foot when covering major festivals and events.