Ohio's Bureau of Criminal Investigation is tweaking an old school crime fighting tool and giving it a 21st century edge. 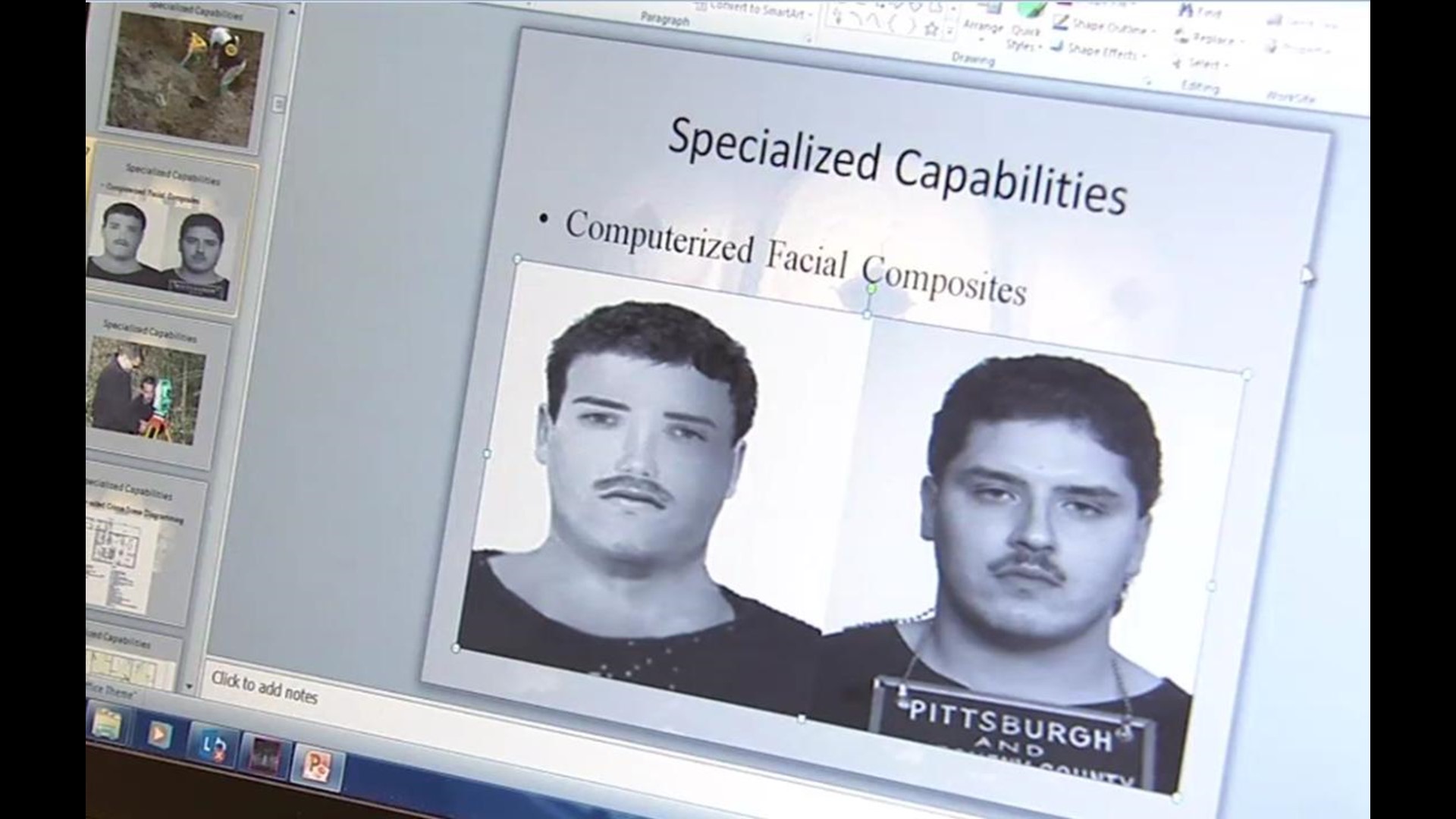 Ohio's Bureau of Criminal Investigation is tweaking an old school crime fighting tool and giving it a 21st century edge.

The quest to prove ‘who done it?’ is a mystery puzzle composed of DNA evidence, surveillance video, shell casings, fingerprints, getaway cars, eyewitnesses, and tips.  But when the investigation hits a wall, detectives can turn to SketchCop.

It puts a new high tech twist on the classic sketch composite and they call it their “Hail Mary” and a last resort.

BCI Special Agent Todd Fortner helps witnesses and victims navigate through thousands of facial features, hair styles, accessories, morphing those memories into evidence.  He says one victim even broke down at the sight of the face she created.

But can composites crack cases?

10TV dug into its archives and uncovered a double murder in March of 1997 in Clinton Township.  Prosecutors say the victims were shot and killed execution style as they begged for their lives.   At the time, Franklin County Sheriff Zach Scott was the lead homicide investigator on the case.  He says he asked an eyewitness to help create this composite sketch of one of the killers.

Sheriff Scott says the sketch was so dead on, the suspect - Derrick Boone - turned himself in.  “Because the picture looked so much like him that friends were calling and saying, ‘dude I just saw you in the paper.’”

Boone is currently serving 15 years to life behind bars.  But Fortner says despite some success, investigators are hesitant to use sketches for fear of throwing off potential witnesses.

“If the composite looks different at all, they may say, ‘oh I thought maybe it was this guy, but he doesn't look like that composite sketch so it can't be him.  I won't call that tip in.’  We don't want that to happen.”