There’s a new officer with the Westerville police force who is helping the battle against drugs. 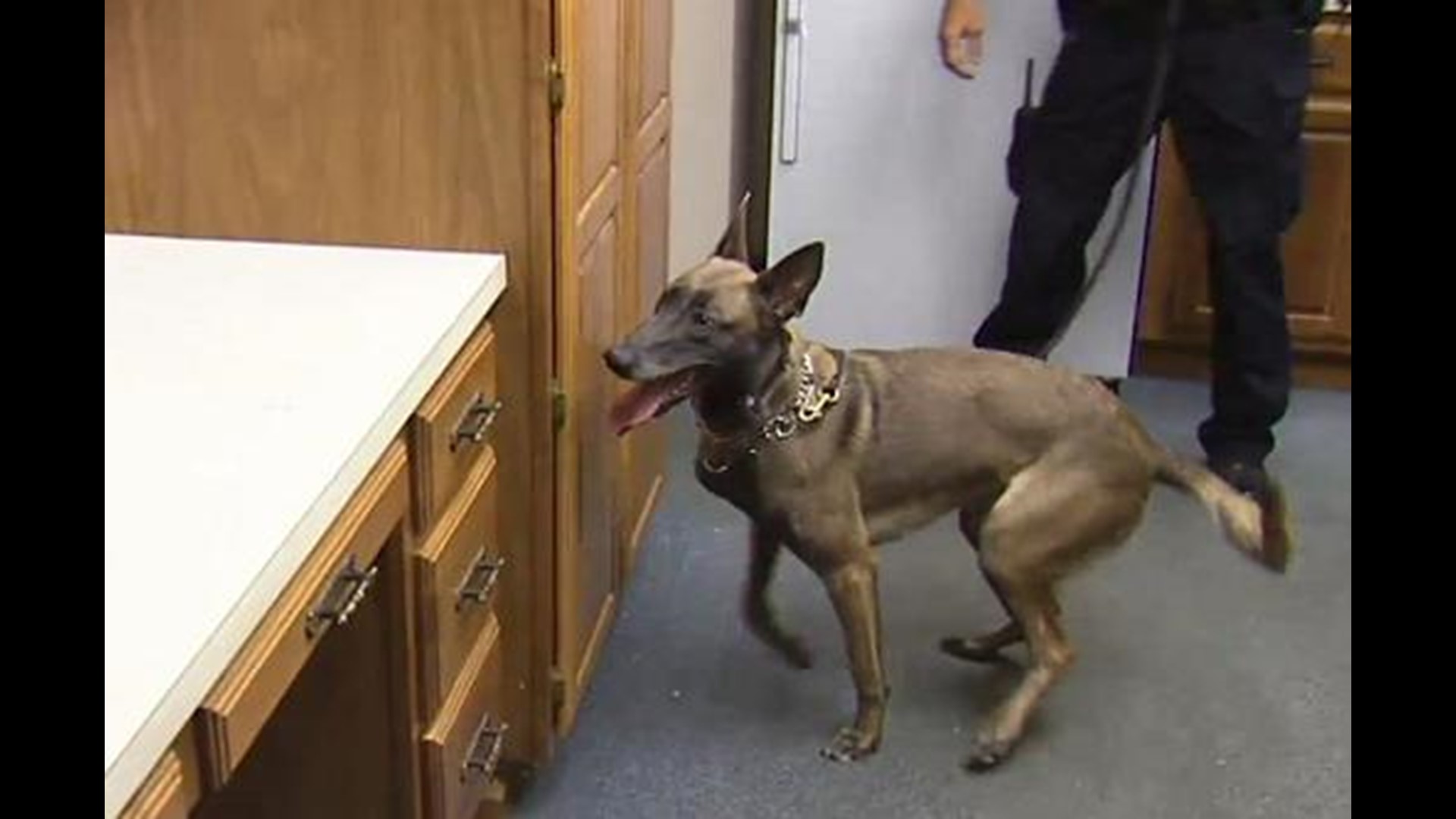 There’s a new officer in Westerville making a huge dent in the battle against drugs.

What makes Fiji unique is that she is the city’s first female narcotics canine.

“She is a working machine,” says Westerville police Officer Bryan Schwartz, who hit the streets of Westerville with Fiji in late March after going through six weeks of training together.

“We actually had some packages that were questionable, and I used her and ran her on the packages.  We had an alert and ended up finding a little over a half pound of marijuana,” says Schwartz.

CrimeTracker 10 watched Fiji in action during a recent training with other police canines from more than two dozen agencies, including Athens, Pataskala, Hilliard and the Ohio State University Police department, to name a few.  It is weekly training offered by Storm Dog Training of Sunbury, Ohio, which hand-selects canines from around the world and pairs them up with police officers in central Ohio.

Officer Schwartz, who has experience working with canines while in the military, says Fiji, a Belgian Malinois, is a dual purpose dog.  Her specialty is narcotics detection, but she is also patrol certified.  In other words, Fiji can do a variety of tasks, including criminal apprehension, tracking down suspects fleeing or hiding.

She can also do article searches as well.  That’s when police officers work a canine from a downwind position, letting them use their nose to track a specific source, such as drugs.

Schwartz says in one recent case, Fiji sniffed out a half pound of marijuana in a package.  And in her four short months on the streets, she helped police make 20 arrests and seize three pounds of heroin along with dozens of prescription pills.

Officer Schwartz says he and Fiji welcome the challenge of being on call 24-7.

The more they work, the better they protect the people of Westerville.