An east Columbus woman was in the fight of her life after she was attacked on Sunday by a loose pit bull. 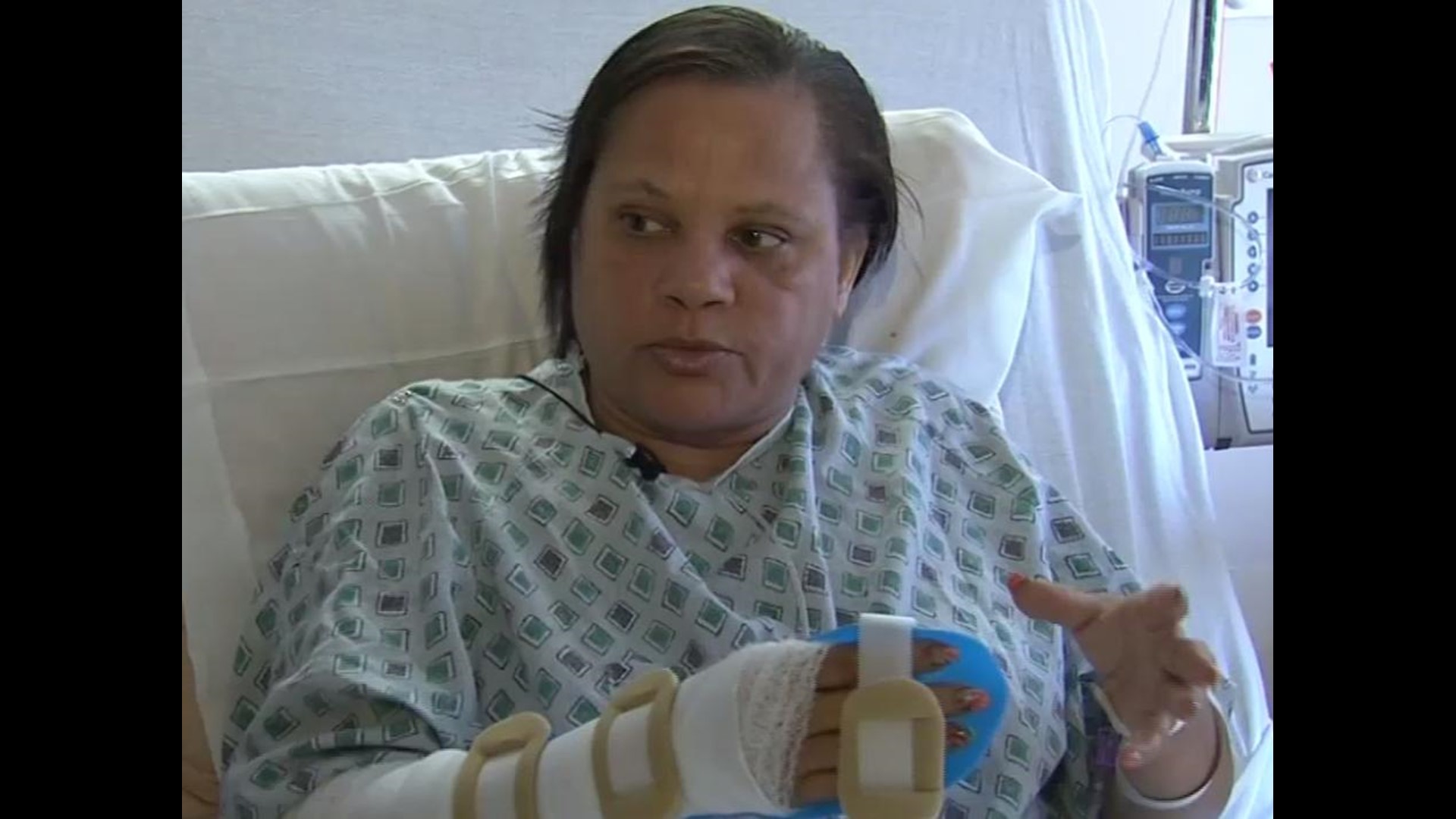 “The way he was grabbing on my arm, I didn't think I was going to have an arm left,” said Patricia Cooley of East Columbus.

Cooley was in a fight for her life, and after looking at her gruesome injuries, the pit bull was winning.

Cooley says as the dog began to tear the flesh and clothes off her body, she wondered if anyone would hear her screams as the pit bull chewed a hole in her calf, biting her inner thighs, back and buttocks.

“Had it not been for the neighbors (to) shield me to get the dog off of me, I thought I was gone", she said.

Putting herself at risk, neighbor Charlyne English she says it was all she could do to convince the dog to stop.  “He would take big chunks; he was actually going for blood," said English.

The dog’s owner is incarcerated and the dog was being cared for at an East Columbus home. The pit bull was supposed to be behind a fence, but got out and made a bee-line for Patricia Cooley, who was walking her own dog at the time.

“I thought he might be after my dog, but he came after me, said Cooley.

Bite marks on her body are so deep in places that doctors told her she'll need skin grafts.

Patricia’s Janet Brown sister says while the scars will eventually heal, she worries about the mental anguish her sister will have to live with.  “She says every time she closes her eyes, she sees the dog’s teeth and blood.”

As for Patricia Cooley, she says her agony goes beyond physical scars.

“Dog had no rabies shots and the dog wasn't licensed.  They should be ashamed to carry a dog like that.”