A federal lawsuit has been filed that accuses a Fayette County Sheriff's Office deputy and an Ohio State Highway Patrol Trooper of using excessive force. 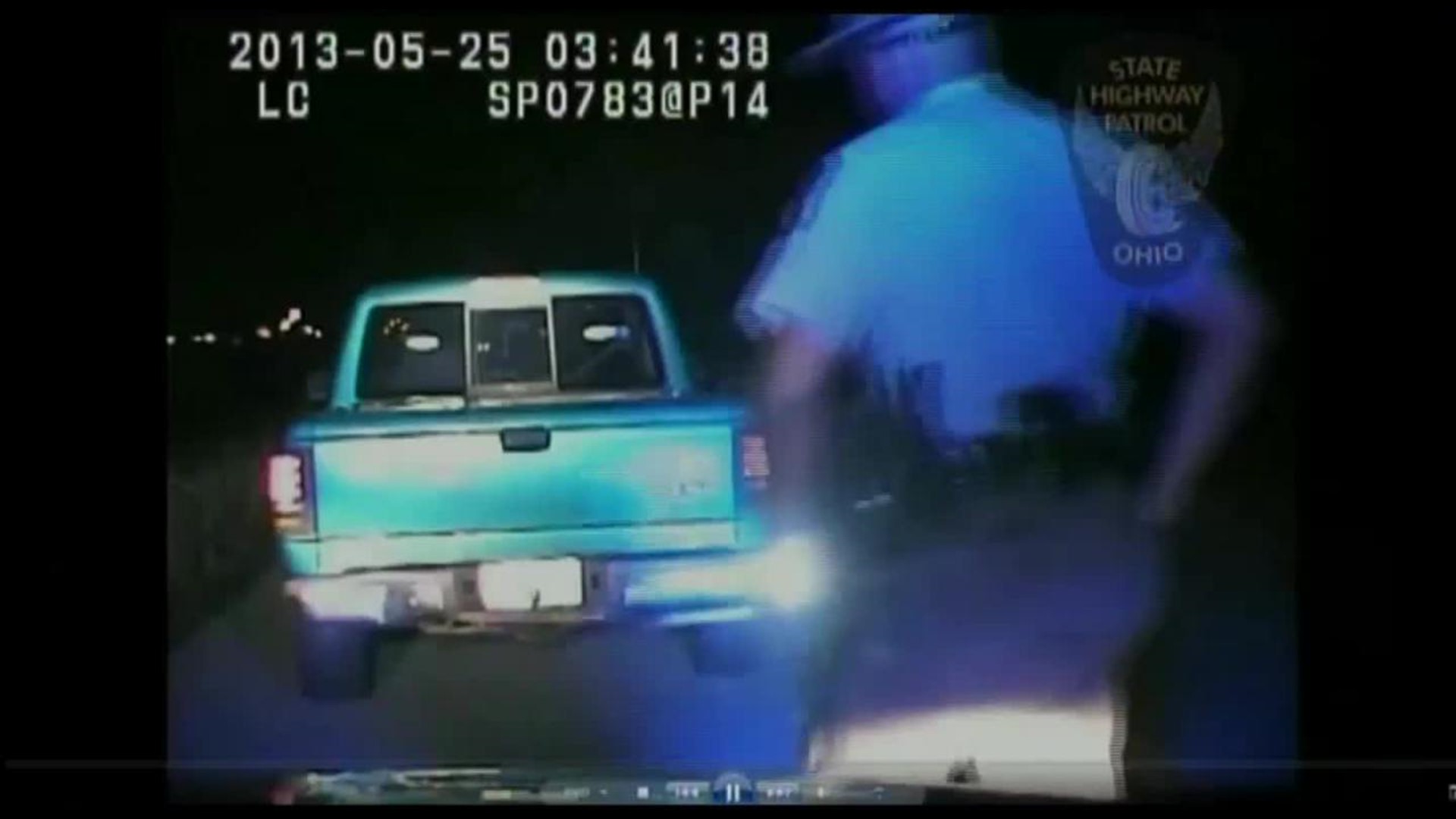 A federal lawsuit has been filed that accuses a Fayette County Sheriff's deputy and an Ohio State Highway Patrol Trooper of using excessive force.

The traffic stop happened last May along 1-71. The alleged victim claims the deputy deliberately deployed a Taser twice, causing him to lose vision in his right eye and that the trooper did nothing to stop him.

The lawsuit was filed in early April and claims the Fayette County Sheriff's Deputy Clinton Sines had no basis to use force - not once, but twice against Matthew David Kelly.

During the traffic stop, Ohio State Highway Patrol Trooper Bryan Cook arrested the driver of the truck for drunk driving. Kelly was a passenger in the vehicle and asleep. Cook made several attempts to wake him up.

Kelly is seen in the dash cam video flailing his arms and becoming tangled in his own locked seatbelt. Deputy Sines ran to the passenger side to assist Trooper Cook and had his Taser drawn.

Deputy Sines ordered Kelly out of the vehicle and tried to pull him out. Kelly, however, was restrained by his seatbelt. After Deputy Sines made several attempts to pull him out, Kelly partially fell out. That's when the deputy lost his grip of Kelly's sweatshirt, and then fired his Taser.

A prong struck Kelly in his right eye.

Kelly stood there with his hands on his head and appeared confused. The deputy activated the Taser for a second time, and according to the lawsuit, "sent a second surge of high voltage electricity" into Mr. Kelly's eye.

Both Trooper Cook and Deputy Sines then realized that Kelly was still buckled in. He was eventually freed from the seatbelt and complied with the orders.

The lawsuit claims the Taser prong remained embedded in his right eye.

In the video, Kelly's eye is swollen shut. "My eye hurts," Kelly told them. Paramedics later transported him to the hospital for surgery and according to the lawsuit, Kelly suffered "near total loss of vision" in that eye.

Kelly's attorney did not return 10TV's phone calls for comment.

Fayette County Sheriff Vernon Stanforth said, "Deputy Sines was not reprimanded for these allegations. I thoroughly reviewed the video and believe he acted within policy."

10TV obtained Deputy Sines' personnel file and along with several accolades, there were also reprimands for unprofessional conduct and failure to perform his duties.

The lawsuit is ongoing.