A man in Baltimore, Ohio, is being accused of exposing himself to children on school buses. 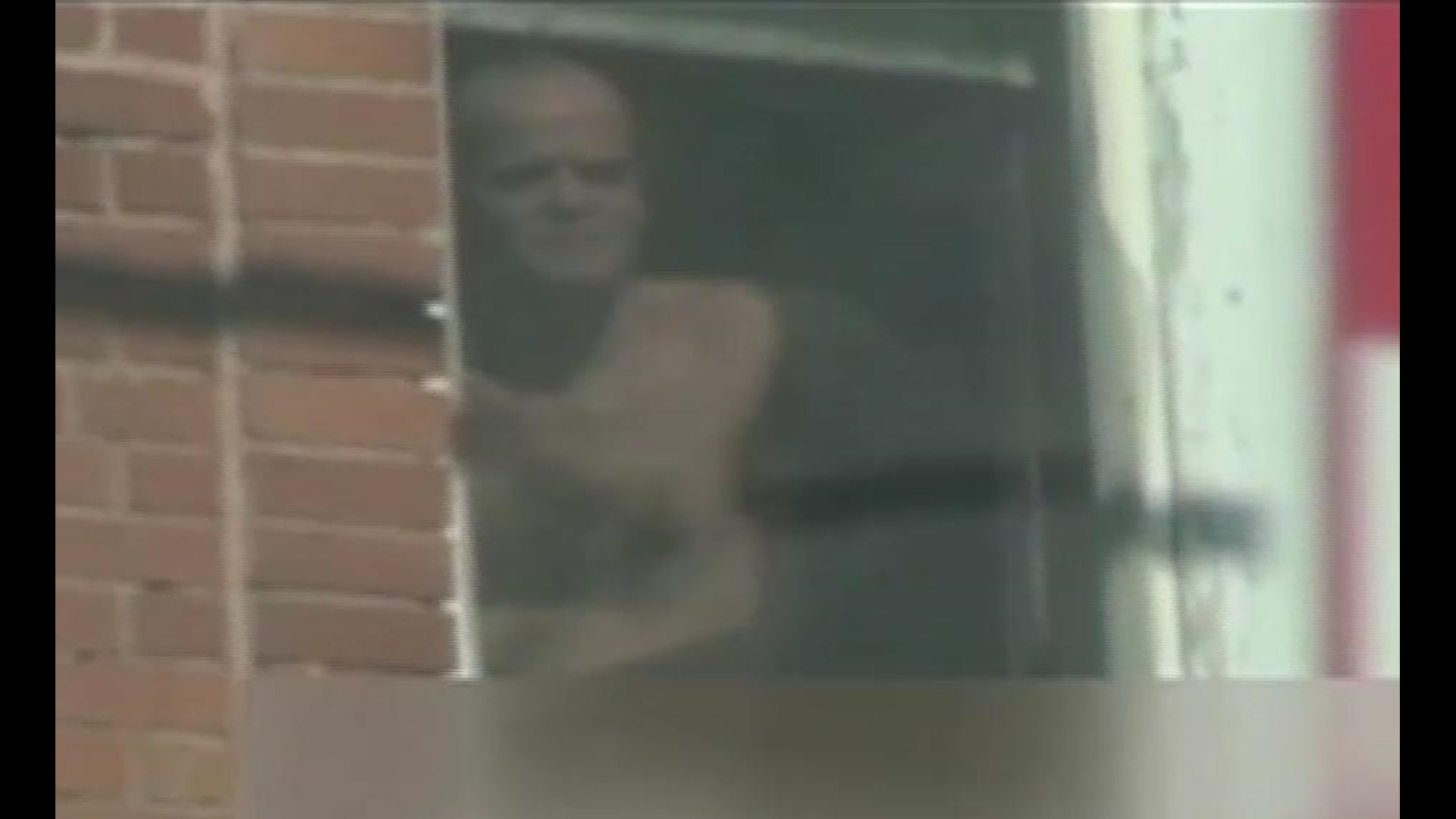 46-year-old Timothy Logue has lived in a second story apartment on Market Street in downtown Baltimore in Fairfield County for about a year.

But from one of his windows overlooking the street, police say Logue stripped off his clothes and exposed himself to children riding the bus home from school at least two days last week.

And it was all caught on surveillance videotape.

Logue was arrested on the new charges last Friday, minutes after the videotape was made. Police say he confessed to the crime. He posted bond, but he was taken back into custody by parole officers from Columbus Monday morning.

Last Thursday, a student tipped off school authorities that he saw a man exposing himself and that's when police jumped into action.

"We set up surveillance immediately,” said Lt. Jason Harget.  “We didn't want to wait.  When you get a call like that concerning school safety and kids, we don't wait."

The next day, Lt. Harget sat in an unmarked car across the street from Logue’s apartment and videotaped him standing nude in the window as students were being let out of school.

"I couldn't believe it," Lt. Harget said.  “These are the guys we're worried about when it comes to being on the street, let alone being next to our kids."

Lt. Harget taped Logue for about 45 minutes.  The video shows Logue naked, checking a cell phone, smoking and disappearing for minutes at a time, only to return, still nude, back to the window.

“He knew exactly what he was doing,” Lt. Harget said.  “He was waiting, he knew the schedule, he knew exactly when that last bus passed his residence, and that's the scary thing.  We don't know how long this type of crime was happening."

“I don’t know how this could happen more than once, and how he can live so close to a school,” said Tammy Schrock, who has a child attending middle school in the Liberty Union-Thurston Local School District.

“I’m disgusted by it.  How else would I feel, what are you going to do?” asked Kevin Geiger, a grandparent. "You don’t know. It could be your neighbor.  You have no idea.”

“You wouldn’t think someone would do that to kids,” added Dannyel Eskins, another parent. "This world is crazy.”

“It’s shocking for us to have this kind of behavior from an adult,” said School Superintendent Paul Mathews.  “Hats off to the Baltimore Police Department.  They did a fantastic job,” he added.  “We appreciate their quick action.”

Logue is being held in the Franklin County jail on a parole violation.

He is expected to be arraigned on the new indecency charges in Fairfield County on Tuesday.