Police say a man tried to steal as many as eight catalytic converters from a south Columbus car lot. Get the story. 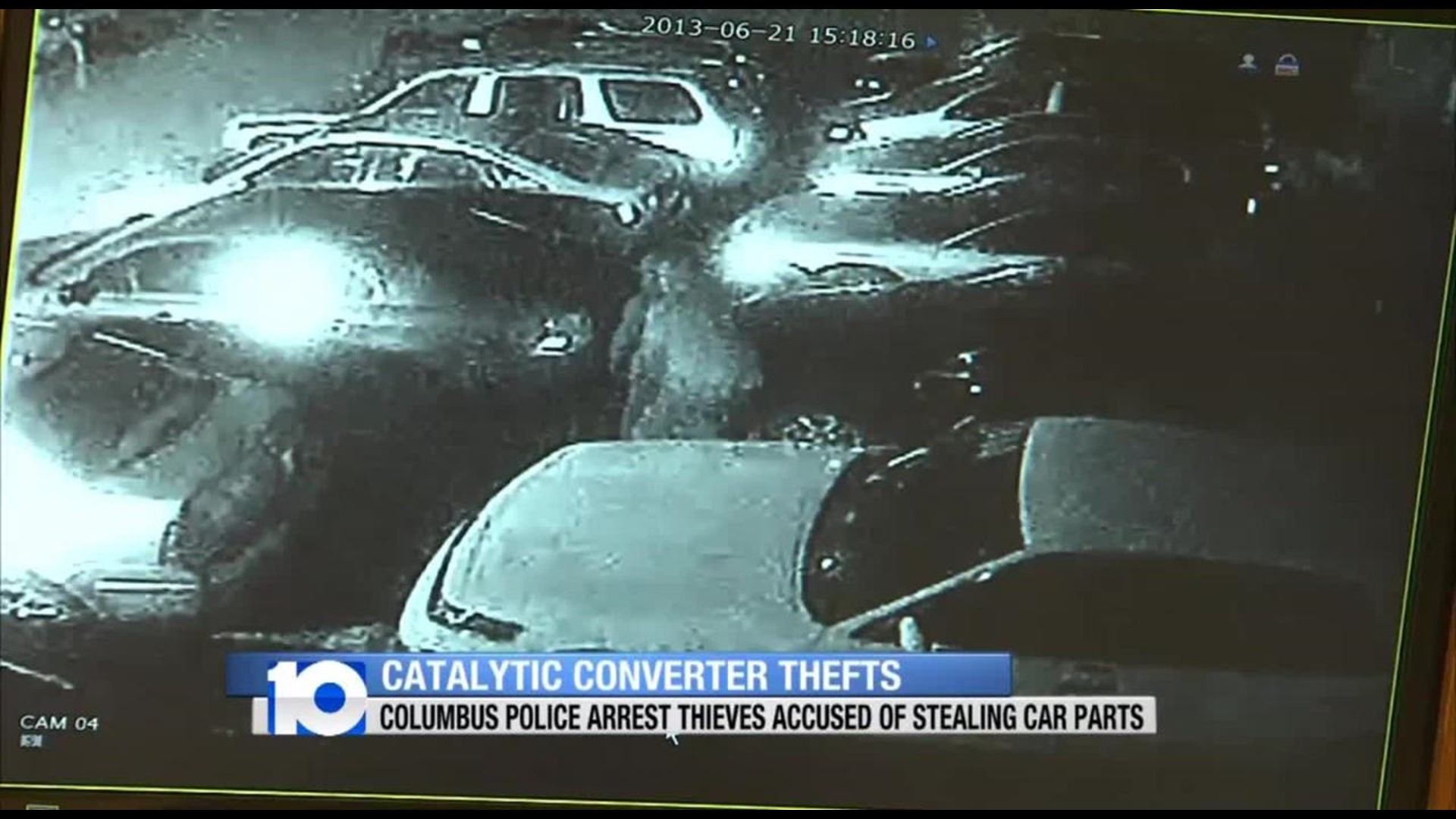 The suspects are accused of trying to steal catalytic converters from a south Columbus car lot, and the crime was caught on camera.

Undercover police officers were also watching, and say when they moved in to make the bust, the suspects took off running.

Police caught one accused thief, but the other got away. It didn't take officers long to find the loot.

Police recovered as many as eight stolen catalytic converters and a car radio.

The business owner, Aleksandar Gorgi, says he's getting used to it.

“It's not the first time I got hit, I mean so many times I got hit but nothing I can do,” he said.

The lot owner said that he's been ripped off so many times he started leaving identifying markings on catalytic converters, but says when he went to scrap dealers to try to recover stolen property, he was told to go away.

Ohio lawmakers are making it tougher for scrap metal yards to cash in on crime.

A new law that took effect on Jan. 1 requires scrap metal dealers to register their businesses with an online database.

But there's room for improvement.

The National Insurance Crime Bureau recently ranked Ohio first of all the states in metal thefts, with more than 3,200 claims filed last year.

Gorgi it feels like he's fighting a losing battle.

“Working for nothing. You can't win. It's no winning game. It's just going to war and losing the war, that's it,” he said.