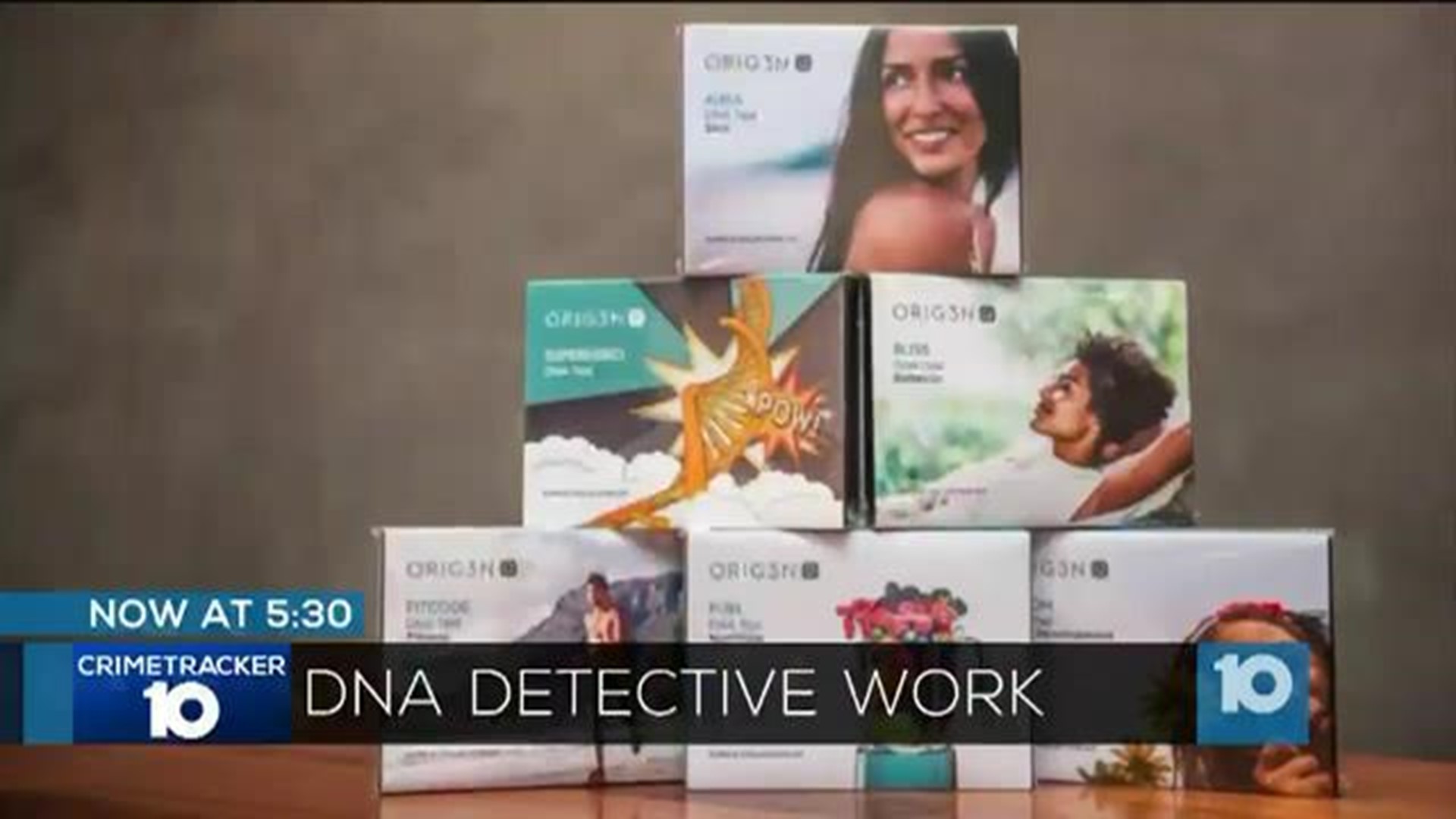 More than 26 million Americans have opened at-home DNA kits. They have used the test swabs and sent off their DNA, hoping to find out more about their heritage, long lost family members, or learn about their health.

While you are learning more about yourself and those closest to you, local police departments are also starting to tap into that same information.

“It's like now more than ever I wanted to find that missing link that was part of my family,” said Drew Norman.

Norman found at age 17 he had an older brother.

“It was a shock, but it was this awesome thing. All this time I thought I was an only child, but now it's like this whole other part of me is out there. A part of my dad,” Norman said.

In May, he took an at-home DNA kit. Within days, his results came back showing his brother.

“There's his photo, and I'm like, holy crap. It looked just like me. It was a mirror image,” Norman explained.

Millions of Americans like Norman are using at home kits. While they wait on information about themselves or family members, some law enforcement departments are also waiting on that DNA.

“I would love nothing more than to take a family who spent 20-30 years wanting to know who killed their loved one and to be able to take that information,” said Franklin County Sheriff’s Office Chief Deputy Rick Minerd.

Minerd says he personally would take an at-home DNA kit.

“I would love to know about my family lineage and where everyone came from,” Minerd said.

He is also looking to use that information to help with unsolved cases. You may remember Joseph James DeAngelo, also known as the golden state killer, was arrested with the help of a DNA test company.

“it's new to our agency. We have no prior experience with this. To look at some of the cases that have been solved across the country, it's some fascinating work,” Minerd said.

Typically the police will collect the DNA of an unknown suspect at a crime scene and compare it to the federal government's genetic information database, the combined DNA index system or "Codis." Using Codis, police can run a search to see if the DNA matches a convicted offender or an arrestee profile in the database.

“We're hoping by using that big, much larger pool, that we'll be able to get some information that can lead us back to the suspects,” said Columbus Police Cold Case Sergeant Terry McConnell.

“Sometimes you have the evidence, and you have a DNA profile of the person who you think committed the crime, but that person's profile is not in any government database or any law enforcement database,” Minerd said.

Now departments like the Franklin County Sheriff's Office and Columbus Police are turning to the private labs to see if your DNA can provide that break in the case they need.

Columbus police are using it on their first case. Lynn vest and her nephew were found murdered inside this blue 1980 cobra. Police found an unknown DNA sample that they have never been able to match.

“Maybe we'll get something. I'm hoping that it can lead us to a suspect,” said Columbus Police Detective Bill Gillette.

Each at home DNA kit company has different policies about allowing law enforcement access to your DNA.

23andMe said in a statement, "We work very hard to protect your information from unauthorized access from law enforcement."

They add they will work with the government if there is a subpoena or court order.

FamilyTreeDNA has allowed access to police, but also have an option for you to opt out.

“There's some opposition to this in terms of privacy and so forth. We respect that, we really do. At the same time, we are not using that information maliciously. We are trying to identify someone who may be connected to someone who committed a horrible act,” Minerd said.

As for Norman, he opted in and says he is more than willing to help police.

“Family or not, if they did something wrong, they should pay the consequences,” Norman said.

Groups like the ACLU argue your information should remain private. In a statement they wrote, "Our DNA can reveal some of our most personal and private information. As genetic sequencing becomes fast and cheaper, there's a growing risk of that information being collected and used against us or without our consent."