How to access your cash safely at the ATM

Police said you're safest withdrawing or depositing cash at an ATM during the daytime. 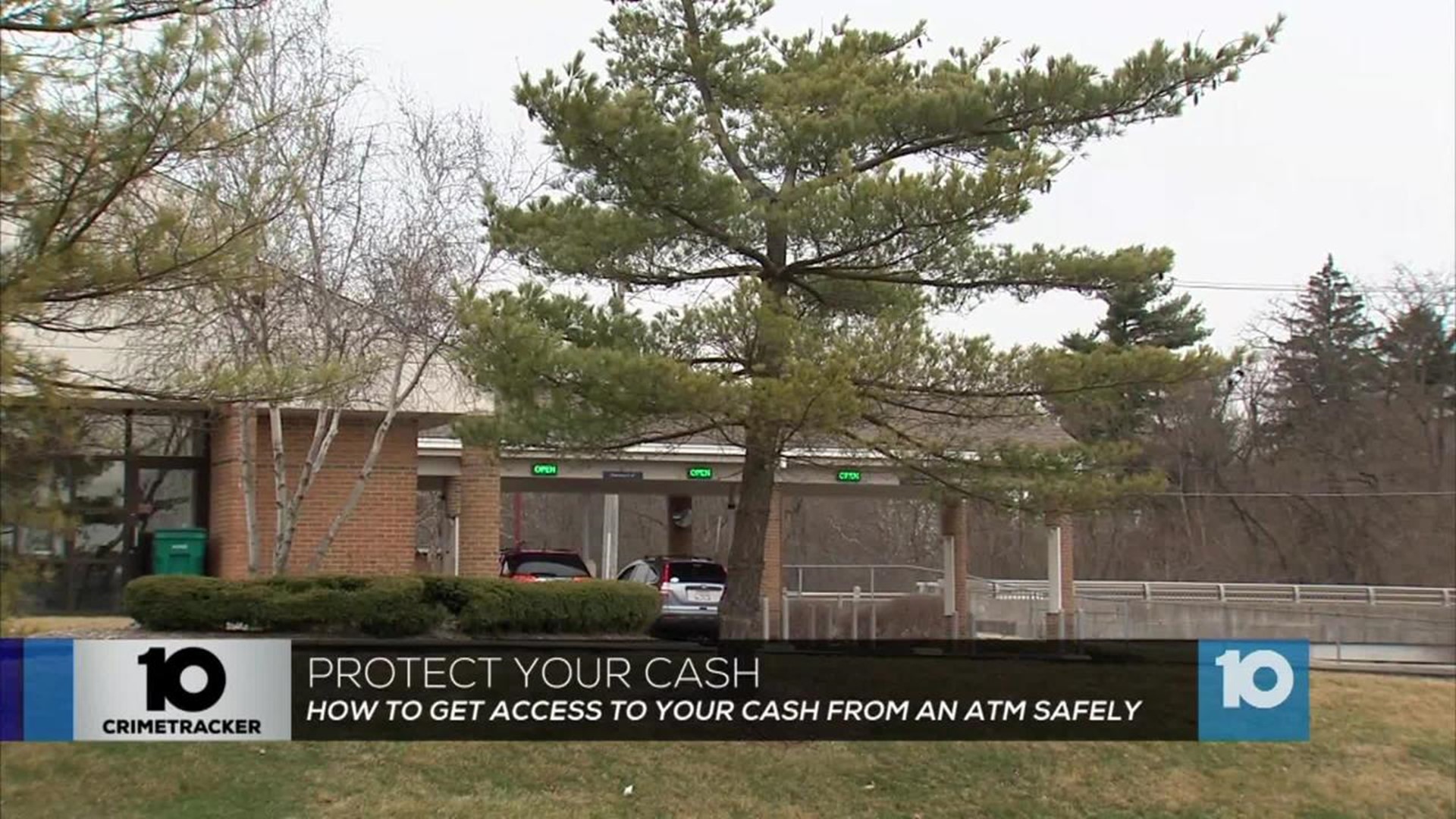 Police said you are taking a risk and making yourself vulnerable every time you withdraw cash out of the ATM.

Kevin Talley is a successful barber who typically ends a long day of trimming, shearing, and shaving with a night deposit at a bank on Main Street in Reynoldsburg.

In January, Talley says he pulled up to the ATM and discovered he wasn't alone.

"I heard it and I looked back," Talley said "Then I looked back again and by that time he's at the back window. That's when I saw the gun. I seen the mask."

Talley said he had parked so close to the ATM that the would-be robber physically couldn't get to him.

"He was just like, freeze. Don't move. And like I said, it didn't register to me cause he's still trying to shimmy in to get to me," he said.

Talley said he hit the gas and drove forward. A surveillance camera captured an image of the would-be robber running away.

Police said before you deposit or withdraw cash from an ATM it pays to do a lap around your bank or credit union to make sure no suspicious characters are lurking.

Pay attention to blind spots even while you're busy punching numbers and always try to use an ATM during the daytime.

Columbus Police Robbery Sergeant Shaun Laird has investigated robberies for more than 15 years. He says if you do have to use an ATM at night, go inside.

"We have almost no instances of someone being a victim of a robbery when the ATM is in an inside location," said Sgt. Laird.

Sgt. Laird said many Central Ohio grocery stores are open until at least 1 a.m., offering you a safer place to use an ATM because you are not alone.

Talley said if he hadn't pulled so close to the ATM, kept his doors locked and left his car in drive, his dangerous brush with a would-be robber could have ended differently.