Humane agents have been contacted after a Pickaway County man says his cat was shot and he found a mutilated corpse of another in his front yard. 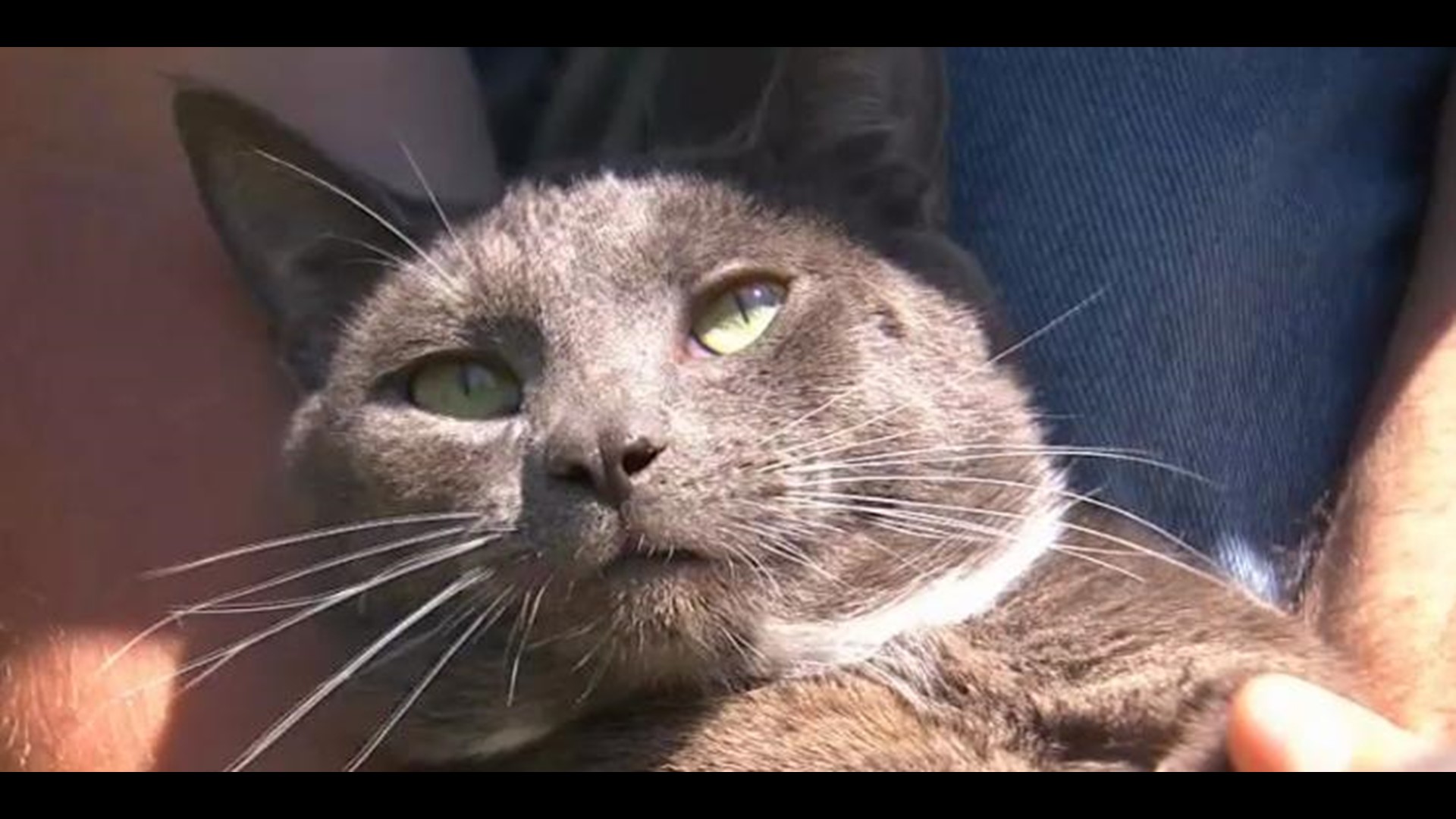 Humane agents have been contacted after a Pickaway County man says his cat was shot and he found a mutilated corpse of another in his front yard.

Joe, who did not want to use his last name because of safety concerns, says it happened two weeks ago outside his mobile home in Ashville.

He and other residents believe a sudden increase in the feral cat population has led some to start abusing the animals.

"I've seen kids run after them on bicycles and cars run off the side of the road trying to hit them," Joe said.

He showed 10TV his injured cat and says someone shot at it with a possible pellet gun.

The manager of the Ashville Mobile Home Community said he is working every lead to find the person responsible and evict them.

The Circle Area Humane Society was closed on Wednesday afternoon.

A sign on the door read “We are under no circumstances taking any cats or kittens at this time. Our shelter is full."

Teresa Landon with the Ohio Society for the Prevention of Cruelty to Animals says overpopulation can be a problem, but there are always options to protect the animals.

"This mobile home community could work with the humane society on a trap neuter and spay program so that the cats are checked and (to) make sure that they're healthy and neutered so that gradually, the population is going to take care of itself,” Landon said.

Joe says right now, he's caring for nearly a dozen cats and kittens and hopes the perpetrators are caught soon.