A machete-wielding madman is dead after brutally attacking diners at a northeast Columbus restaurant Thursday evening. 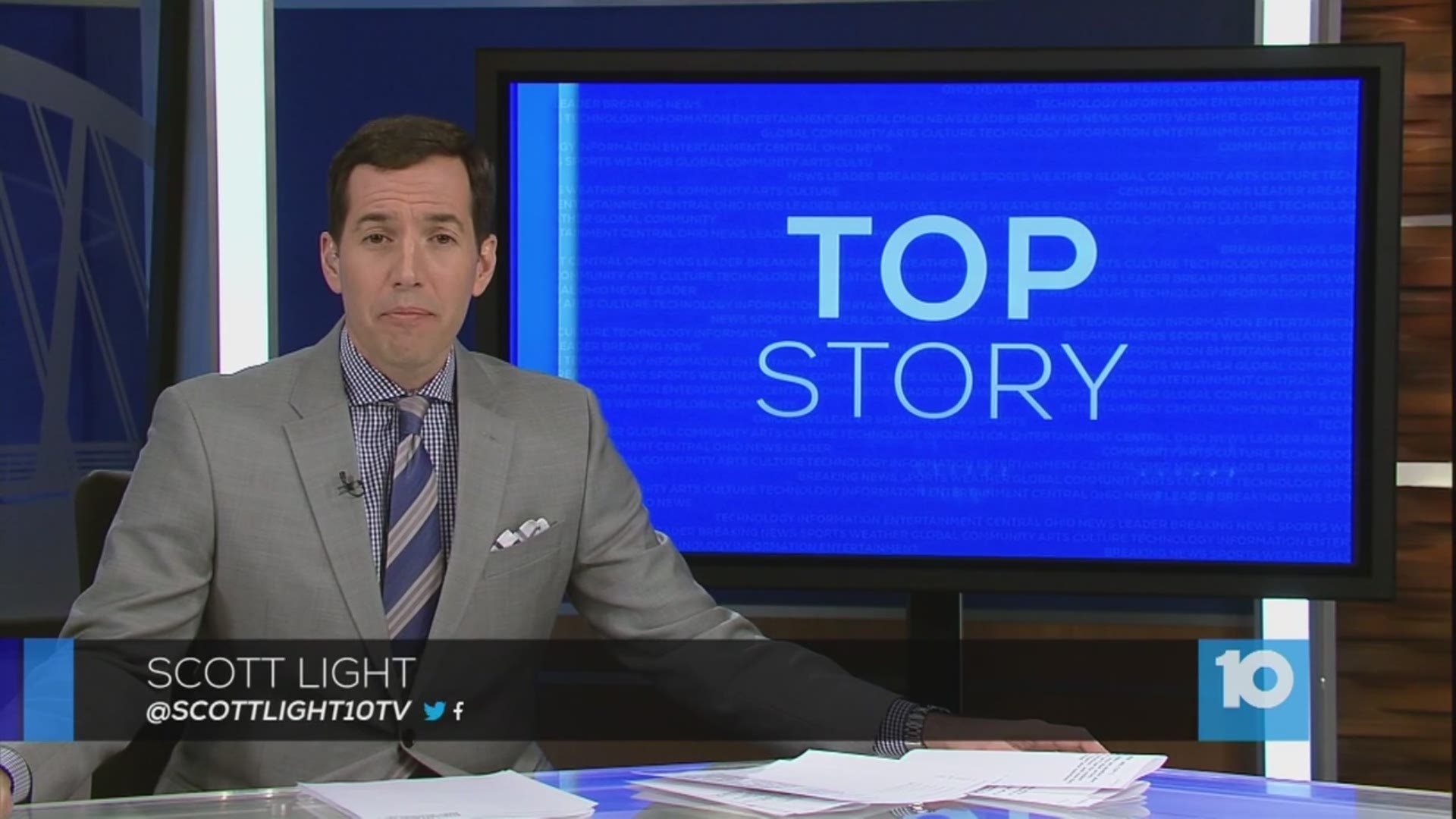 Police shot and killed a suspect after he attacked multiple people at a restaurant in northeast Columbus with a machete.

The incident happened at the Nazareth Restaurant & Deli on North Hamilton Road just after 6:00 p.m. on Thursday.

Police said 30-year-old Mohamed Barry walked into the restaurant, had a conversation with an employee and then left. He returned about a half hour later. That's when police said Barry approached a man and a woman who were sitting just inside the door at a booth and started the attack.

After the attacks, the suspect fled in his car southwest toward the Easton area.  Officers attempted a PIT maneuver during the escape, but were unsuccessful.  A short time later, a successful attempt was made, and Barry slammed into a curb near Montclair Drive.

As officers converged, Barry exited the vehicle with a knife in one hand and a machete in the other, according to police.  After unsuccessfully firing a taser at the man, he lunged across the hood at the officers and was shot dead.

No officers were hurt during the shooting.

Meantime, the four victims injured in the attack have been identified as William Foley 54; Neil McMeekin, 43; Gerald Russell, 43 and Debbie Russell, 43.  All are expected to recover from their injuries.

Columbus police Sgt. Rich Weiner said "right now there's nothing that leads us to believe that this is anything but a random attack."

CBS News reports Barry has a Somali background and may have traveled to Dubai in 2012.  Law enforcement tells them the incident appears to be the type of “lone wolf terrorist attacks they’re trying to stop.”

The FBI is assisting in the investigation.

“He came to each table and just started hitting them."

Witnesses said that the suspect had walked into the Nazareth Restaurant and asked for the owner.  After being told the owner wasn’t there, he left the restaurant.

Diners said the man calmly walked back in 30 minutes later before he started his attack with a machete.

The husband of one of the waitresses working at Nazareth Thursday night said he asked her if the man was saying anything, to which she told him he was quiet and just started hacking people.

“He looked straight at me, but he went over to the booths and just started going down the booths. It all seemed to happen in slow motion,” the waitress said.

Karen Bass who was in the restaurant said she had only been inside about half an hour before the man started attacking.  “He came to each table and just started hitting them,” she said. “There were tables and chairs overturned there was a man on the floor bleeding there was blood on the floor.”

Bass said it was like a scene from a horror film down to her stumbling escape.

“I fell like five times. My legs felt like jelly. I just thought he was going to come behind me and slash me up.”

Witnesses say about 20 people, including two babies, were inside at the time of the attack.

"There was no rhyme or reason as to who he was going after," said Columbus police Sgt. Rich Weiner.  "Some of the patrons there started throwing chairs at him just trying to get him out of there."

Nazareth Restaurant has been in business for 27 years. The restaurant was started by Hany Baransi, an Israeli who moved to the United States more than three decades ago. He says his establishment has a community reputation for its multiculturalism.

“My customers are American,” said Baransi when asked about his clientele. “American to me is all American: white, black, tall, short - whatever. And it's been a blessing. That's what keeps me coming 7 days a week… 12 to 14, 16 hours a day.”

It is too early to say whether there was any political motive to this attack, but it struck a restaurant known for its embrace of both Israeli, Jewish and Arab Muslim culture. Baransi said he couldn’t ignore how pre-meditated the act seemed.

“Thirty minutes before he came and did the attack, he came in looked around, asked where I was from. Asked about our food, and where was I,” Baransi said.

Inside the restaurant, guests are greeted by two things near the entrance: A small Israeli flag and a Arabic phrase of greeting: it read "Ahlan Wa Shalan" which roughly translates to "You are my family, take it easy."

The restaurant is also a regular participant at international festivals.

According to witnesses, the suspect left the scene and returned with a machete to carry out his attack.

“People ask me, where are you from? I'm from Israel. Sometimes it offends people,” said Baransi. “I don't know but I still am. I'm not going to change. I am what I am.”