The University says it had no idea about the activities of Joseph Wright. 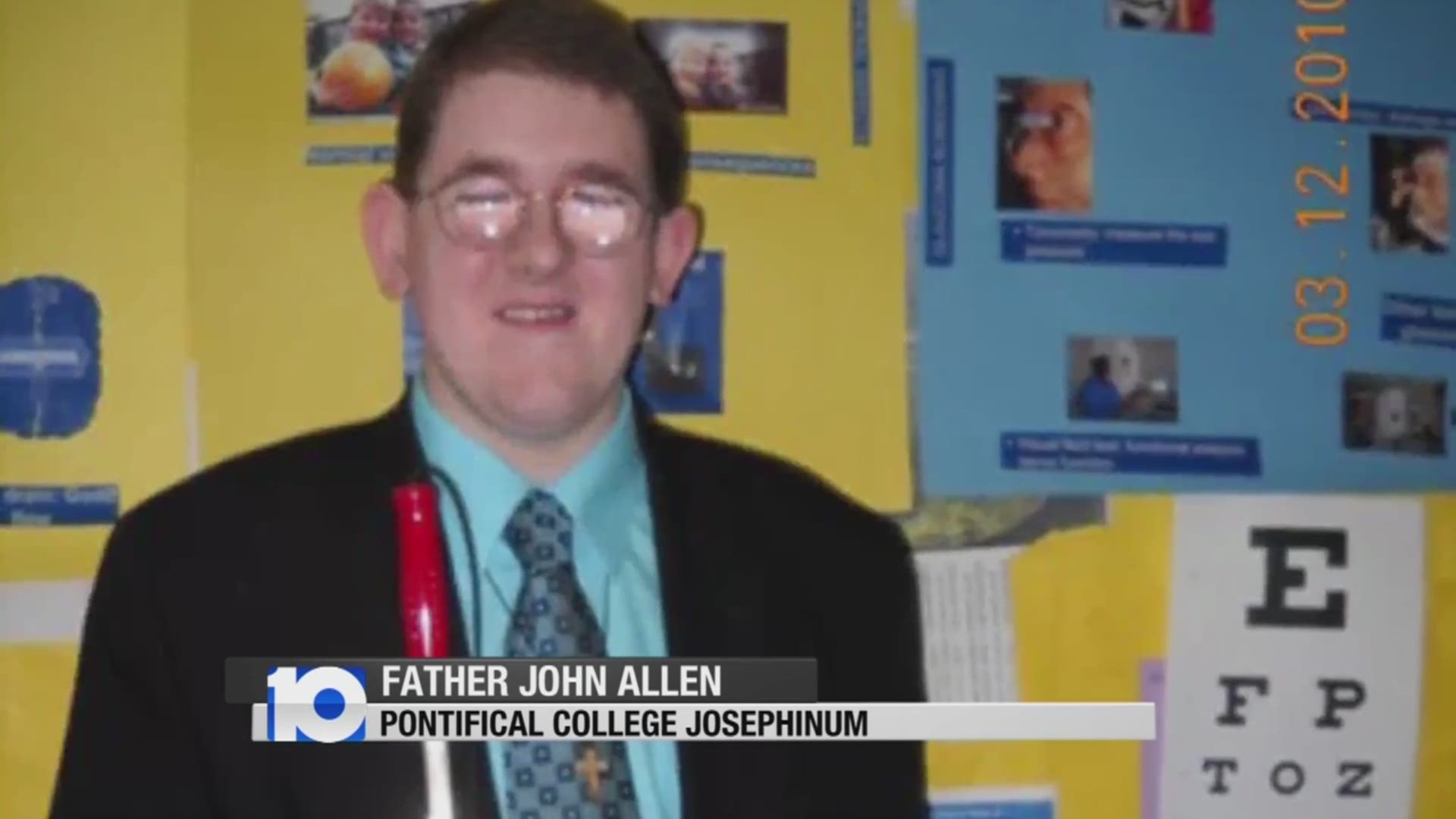 The Columbus seminary that accepted a student, accused of traveling to California to have sex with children in Mexico is in shock Saturday after learning of his arrest.

Federal investigators went to Pontifical College Josephinum on Friday, but school officials say they weren't sure what agents were looking for. The school tells 10TV Wright had not been in any trouble before this incident and they did not see this coming.

"He would have been a part of the normal activities of community life which included you know times of prayer, common meals, class, recreational activities,” Father John Allen said.

To him, Joel Wright seemed like the kind of seminary student on his way to priesthood.

"We certainly are not willing to admit anyone through our program who and whom there is any inkling of, that that person might pose a threat,” Father Allen said.

Wright chose a different path on Friday when he left the Pontifical College Josephinum for California. Campus officials say he was unauthorized to do so, which ended his ties to the school

"The charges that are against him are allegations. They're grave and they're shocking and they're serious,” Father Allen said.

Federal investigators say Wright was on his way to Mexico to have sex with multiple female infants. Wright didn’t make it out of the San Diego airport before his arrest. Undercover agents had been investigating Wright for months. They say Wright had been emailing a tour guide in Mexico and allegedly wrote, he wanted to own a child younger than 3 years old to have intercourse.

The Josephinum community isn’t sure what led up to this. They say Wright passed a rigorous admission process to their program and the Diocese of Steubenville sponsored him.

“It's a months-long process involving interviews at several levels with many people, psychological testing, verification of education and employment,” Father Allen said.

Wright’s family members tell 10TV over the phone they have no comment on the investigation. Father Allen could not comment if Wright sent any emails from a campus computer.

According to a criminal complaint, Wright is charged with two felony counts. He will be arraigned in federal court on Monday. The case is being prosecuted by the U.S. Attorney’s Office for the Southern District of California.