An internal investigation is underway into an incident between a Chillicothe Police officer and a man he arrested. 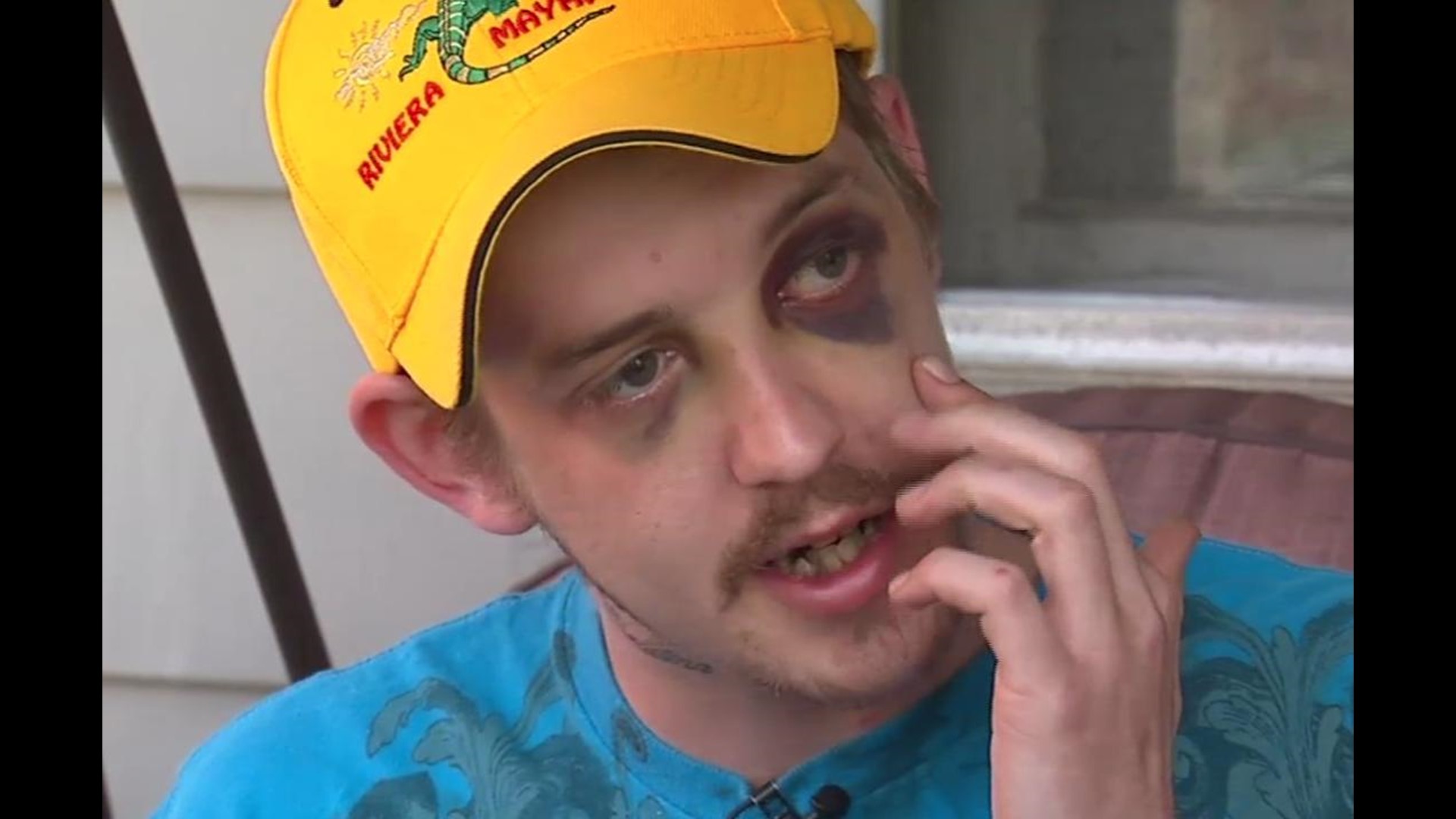 An internal investigation is underway into an incident between a Chillicothe Police officer and a man he arrested.

The officer arrested the man for public intoxication Saturday morning.

While in police custody he ended up with a black eye. He also says he has a concussion.

The Chillicothe Police officer involved says he found 24 year old Matt Mitchell apparently drunk and urinating on a building on the corner of North Paint and East Second Streets when he took him into custody.

Mitchell denies that, and disagrees with just about everything else police say happened during an incident that ended with him being airlifted to a hospital in Columbus.

Matt Mitchell admits he has a criminal record.

He admits he'd been drinking at a Chillicothe bar late Friday into Saturday.

But he says nothing in his past, or his actions this weekend, justify the injuries he suffered while in police custody.

He says he was being booked inside the Ross County Jail when he lost his footing and ended up on all fours.

"And I heard them- they thought I was doing something, reach down to my socks or something,” Mitchell said. “They said ‘lay down on the ground now!’ I said ‘okay, that's where I'm going’ then. And I looked over to see who said it to me, and the next think I know, just boom. I got hit, right here in the side of my face by something. I don't know what it was."

The incident report tells a different story, describing Mitchell as disorderly and uncooperative.

Here’s the series of events as written by the officer, whom 10TV is not naming because he has not been found guilty of wrongdoing:

"(Officer) told him numerous times to stop trying to pull away so (officer) could take the handcuffs off but as before he continued to refuse.  As (officer) went to take off one of the handcuffs, Mr. Mitchell started pushing his body off of the wall and trying to pull his arms back toward him yelling...  He then tried to spin around so he would be facing Ofc. At this point (officer) grabbed a hold of Mr. Mitchell and tried to put him on the ground so he could be better controlled, however he continued to resist causing (officer) to use more force to put him down. Just as he started to fall with (officer) coming down behind him, (officer) heard Mr. Mitchell's head strike the ground. Mr. Mitchell was knocked unconscious."

"That did not happen at all,” said Mitchell.  “There was nobody that fell behind me on top of me. No. I know exactly what happened. I got hit in the face."

Mitchell was flown to a Columbus hospital and was released Sunday.

He says he is confident security camera video of the incident will back up his version of events.

Chillicothe Police Chief Roger Moore has asked the Sheriff's Office not to release video of the incident until his internal investigation is complete.

He says that should take a couple of days, but says even then, he will have no comment on this matter.