The Drug Enforcement Administration calls it one of the most sophisticated drug smuggling cases they’ve ever seen. Get details. 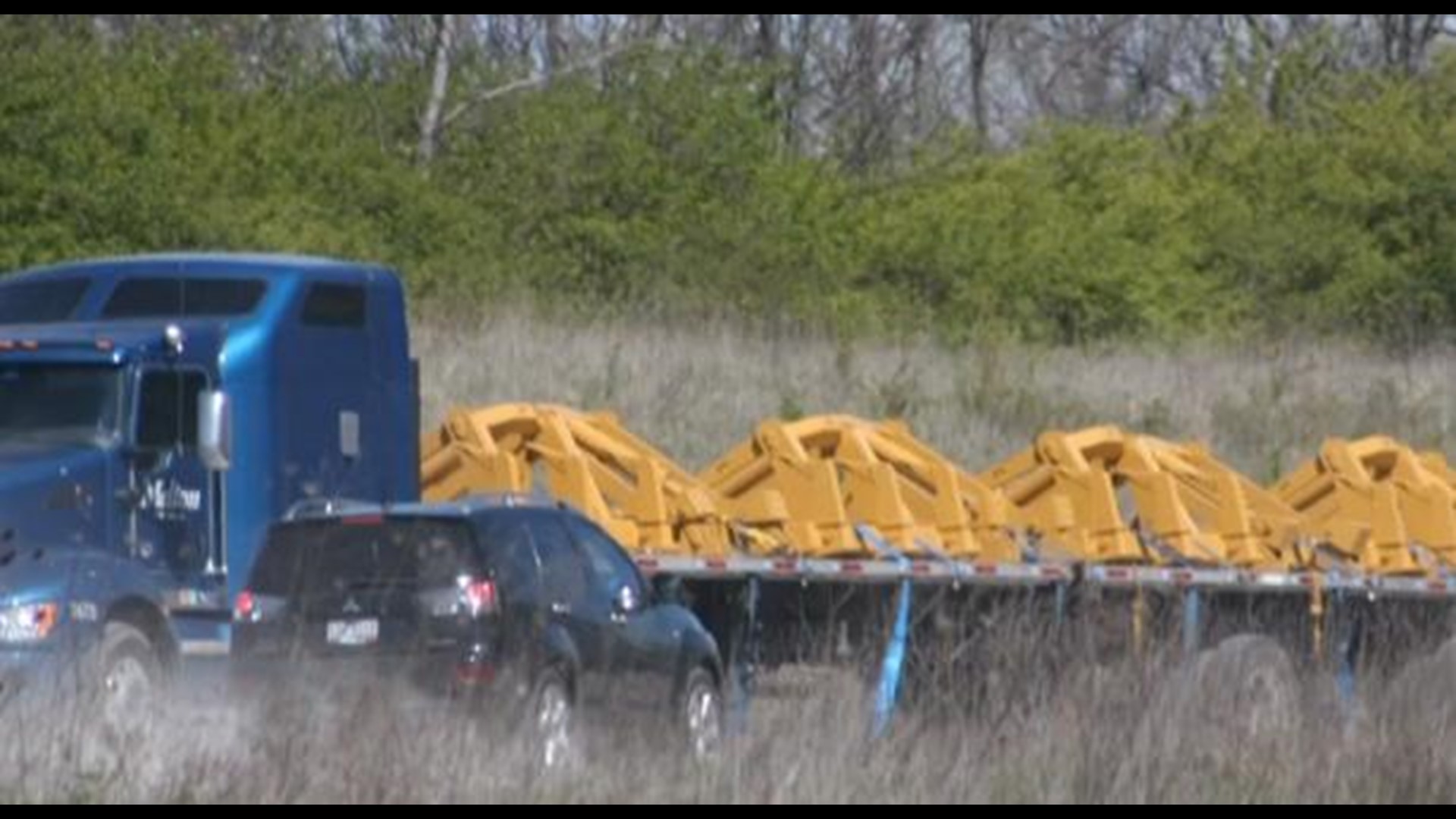 The Drug Enforcement Administration calls it one of the most sophisticated drug smuggling cases they’ve ever seen.

Now, the case is closed and the suspects are in prison.

Agents revealed evidence photos that show how the drug dealers attempted to conceal the pot.

It all started in March of 2012 when a Madison County Ohio State Highway Patrol trooper spotted a flat-bed truck that hadn’t displayed registration on Interstate 70.

“The grease fittings weren't loaded right. They said, ‘Let's take a look at this,’” said Ken Etchison, a special agent with the DEA in Columbus.

A K9 unit was called in and alerted authorities to drugs on board. But they couldn’t immediately find them.

“They drilled a pilot hole, and in that pilot hole, it came out with a sample,” said Etchison.

That sample was pot.

An undercover officer followed the truck to a west Columbus warehouse, where they spotted the suspects using a forklift to haul the construction equipment inside.

But the DEA had no way to cut open the construction equipment to find the drugs, so they called in the Columbus fire department.

Inside, they found customized metal containers -- some weighing 250 pounds stuffed with 20 to 30 bricks of pot worth an estimated $2 million.

“It was surprising; this was an unusual method of concealment,” said Etchison.

They say the 1-ton haul is not unusual for Columbus, though.

“Mexico is our primary source of supply for virtually all the illicit drugs that we deal with,” Etchison said.

And had it not been for an eagle-eyed trooper, agents said the pot would have made it to the streets -- and made the suspects very rich.

Instead, what they tried to hide inside this construction equipment got them all inside prison walls.