Gunmen open fire in two central Ohio schools, and the shooters may have terrorist ties. 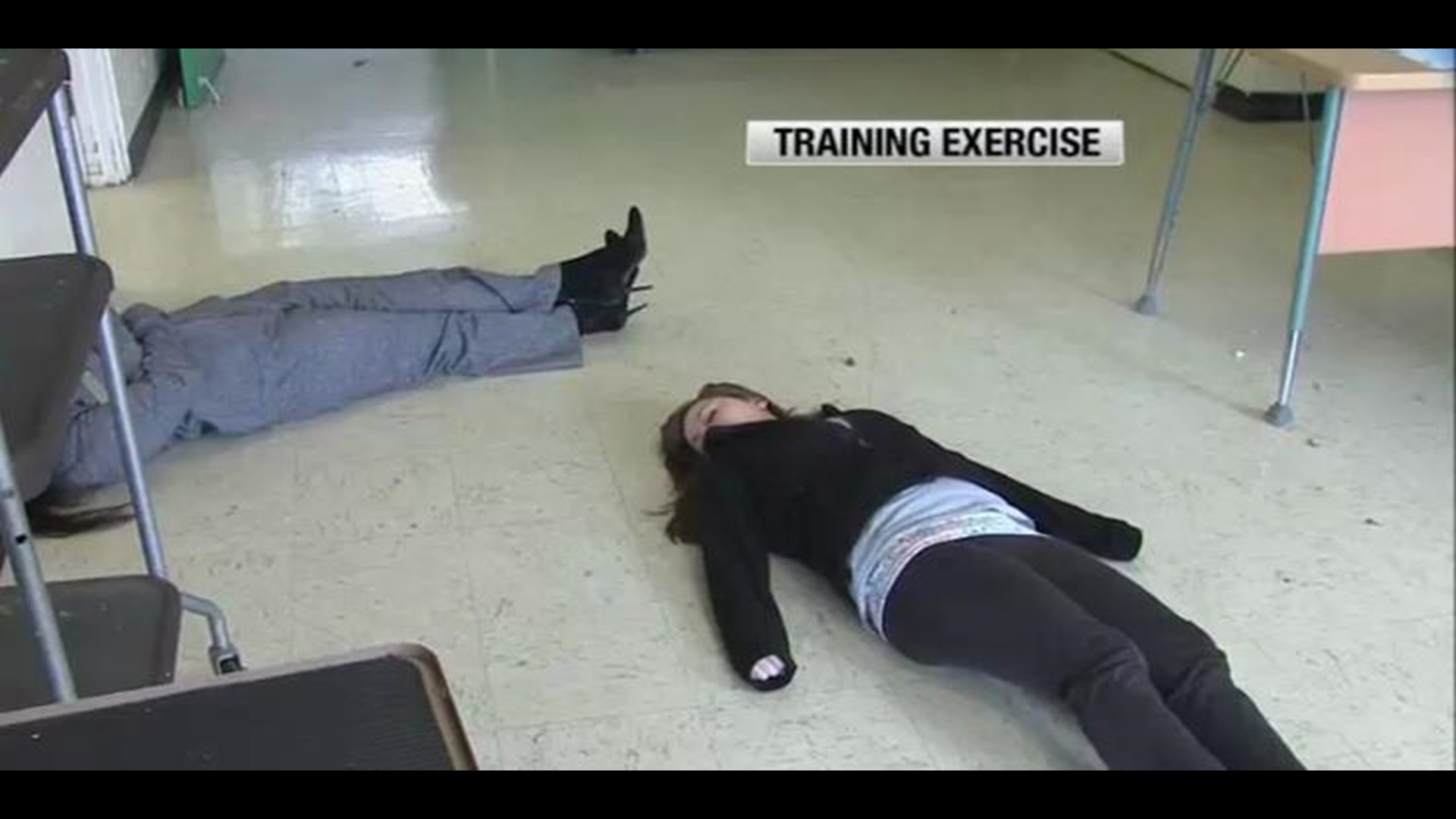 Gunmen open fire in two central Ohio schools, and the shooters may have terrorist ties.

That is just part of a training exercise put on Thursday by Franklin County Emergency Management and Homeland Security.

It started with shots fired at Central College Elementary.

Inside the Westerville school, the wounded are lying in the hallways and officers continued to comb the building for the shooters.

All the while, their every move is being watched and evaluated.

“What we are doing is coming out here and exercising an active shooter scenario, in which there was alumni from the schools, this school in particular, who came in there, there was an active shooter incident in which several people,” said Mike McNutt, a spokesman with Columbus Public Health.

At the same time, firefighters and HAZMAT crews were on the scene to deal with another scenario: truck carrying chlorine that officials say was hijacked and caught fire after being driven into the side of the school building.

“It's probably one of the more complex exercises that we have done in the last five years,” said Michael Pannell, director of Franklin County Emergency Management & Homeland Security.

Representatives from dozens of central Ohio agencies monitored both situations from the county's emergency operations center.

Pannell said at the end of the day, it's all about practice.

“Anytime you do an exercise I don't see any failure in it.  There will be things we can take away that we can get better during the after-action process, but anytime we can exercise is a good thing,” he said.

Franklin County EMA officials said Thursday’s exercise is an annual requirement and is funded through a Homeland Security Grant.