As of Aug. 1, there have been 125 homicides in the city of Columbus. 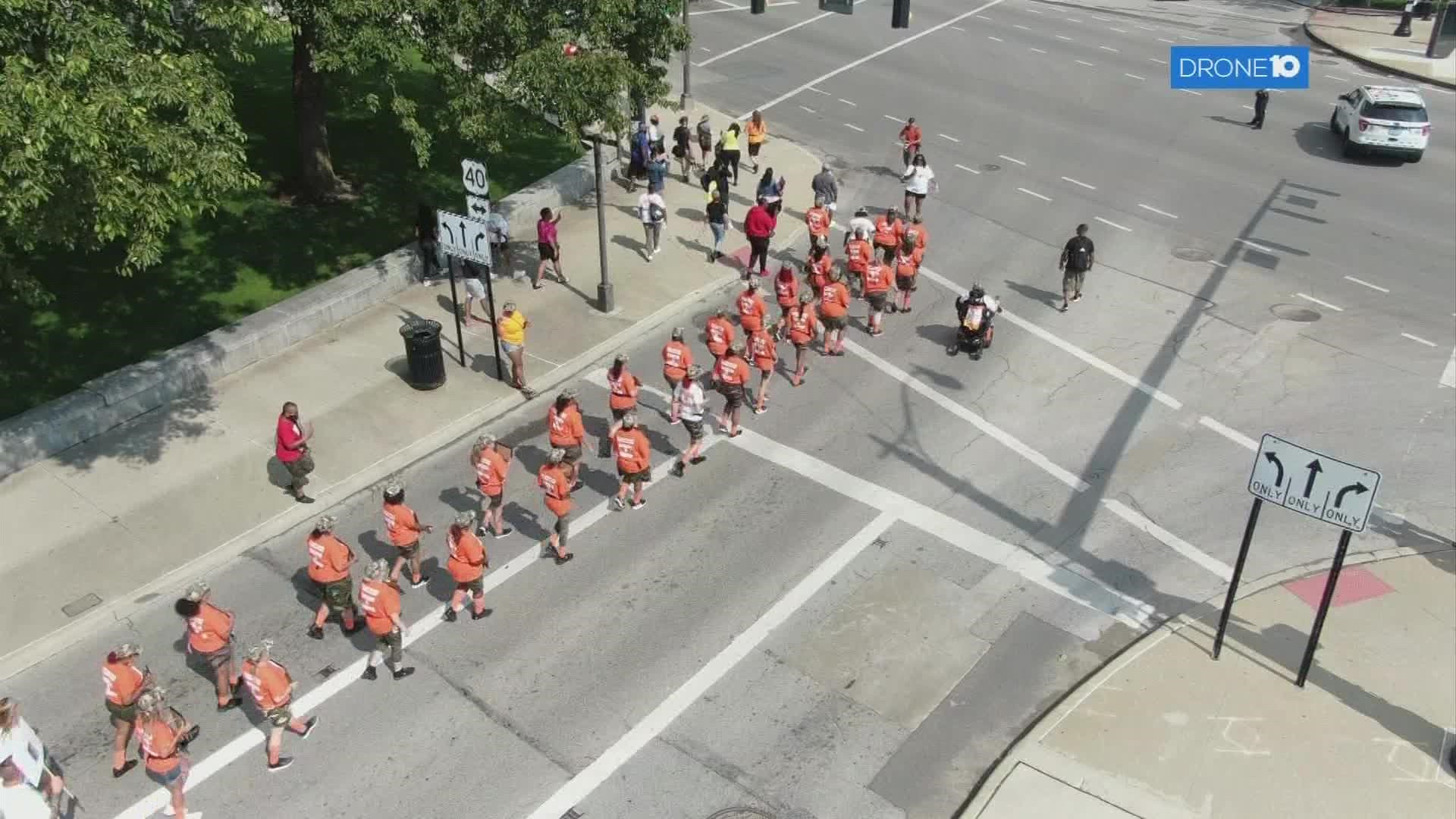 Al Edmondson, owner of A Cut Above the Rest barbershop, and Mothers of Murdered Columbus Children have partnered to call for another 24-hour ceasefire in the city.

CEASE FIRE PART II A COLLABORATION BETWEEN MOTHERS OF MURDERED COLUMBUS CHILDREN AND AL EDMONDSON. PLEASE BE APART OF THE SOLUTION!

Posted by Mothers Of Murdered Columbus Children on Monday, July 26, 2021

Organizers held a march and a rally outside City Hall Sunday afternoon.

Columbus Police Chief Elaine Bryant was in the crowd with a message to the community.

"As a Black mother, I can relate to a lot of Black mothers but I also relate to mothers period because violence is violence. No one deserves to lose their child. Like I said, one is one too many," she said.

In June, community leaders called for a ceasefire on Juneteenth, hoping to slow the gun violence.

As of Aug. 1, there have been 125 homicides in the city of Columbus.

The city will allocate an additional $400,000 to support two new programs led by Franklin County Municipal Court and the prosecutor's office. The money is focused on communities hardest hit by crime.

Ginther also announced a partnership between police and other federal agencies to collect data about guns linked to crime in the city and surrounding areas.