Anyone with information is asked to call Crime Stoppers at 614-461-8477 or visit stopcrime.org and e-mail your tip. 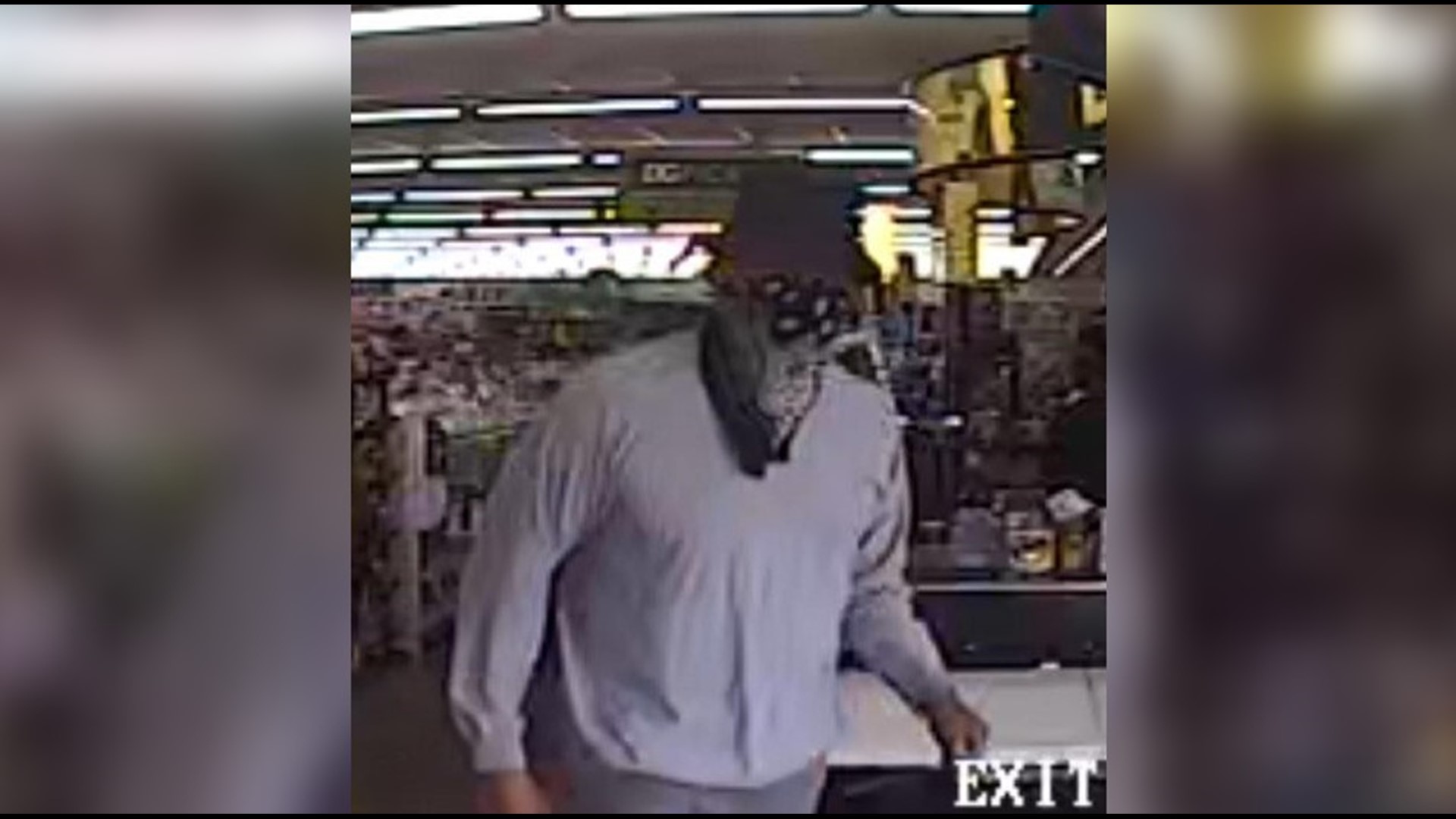 COLUMBUS, Ohio — Columbus police are searching for answers on a robbery that happened in early September.

Police said on Sept.4, a man entered the Dollar General store on the 2000 block of Lockbourne Road, walked up to the cashier and demanded money.

The suspect then reached into his pocket and pulled out what the cashier thought was a handgun, police said.

The cashier told the man he could not open the register. The suspect then left the store.

Police said the man then went into the Dollar General store in the 1500 block of East Livingston Avenue. He waited in line and when it was his turn police said he demanded money from the cashier.

Police said the cashier handed the money over.

The suspect walked out of the store and was last seen heading in the direction of Berkeley Road.

Anyone with information is asked to call Crime Stoppers at 614-461-8477 or visit stopcrime.org and e-mail your tip.

Tips can also be submitted through the free P3 Tips mobile app, which is available on iOS and Android platforms.