The victim said three people called from a CMPD number and identified themselves as officers. The scammers said if they weren't sent money, they'd arrest the victim. 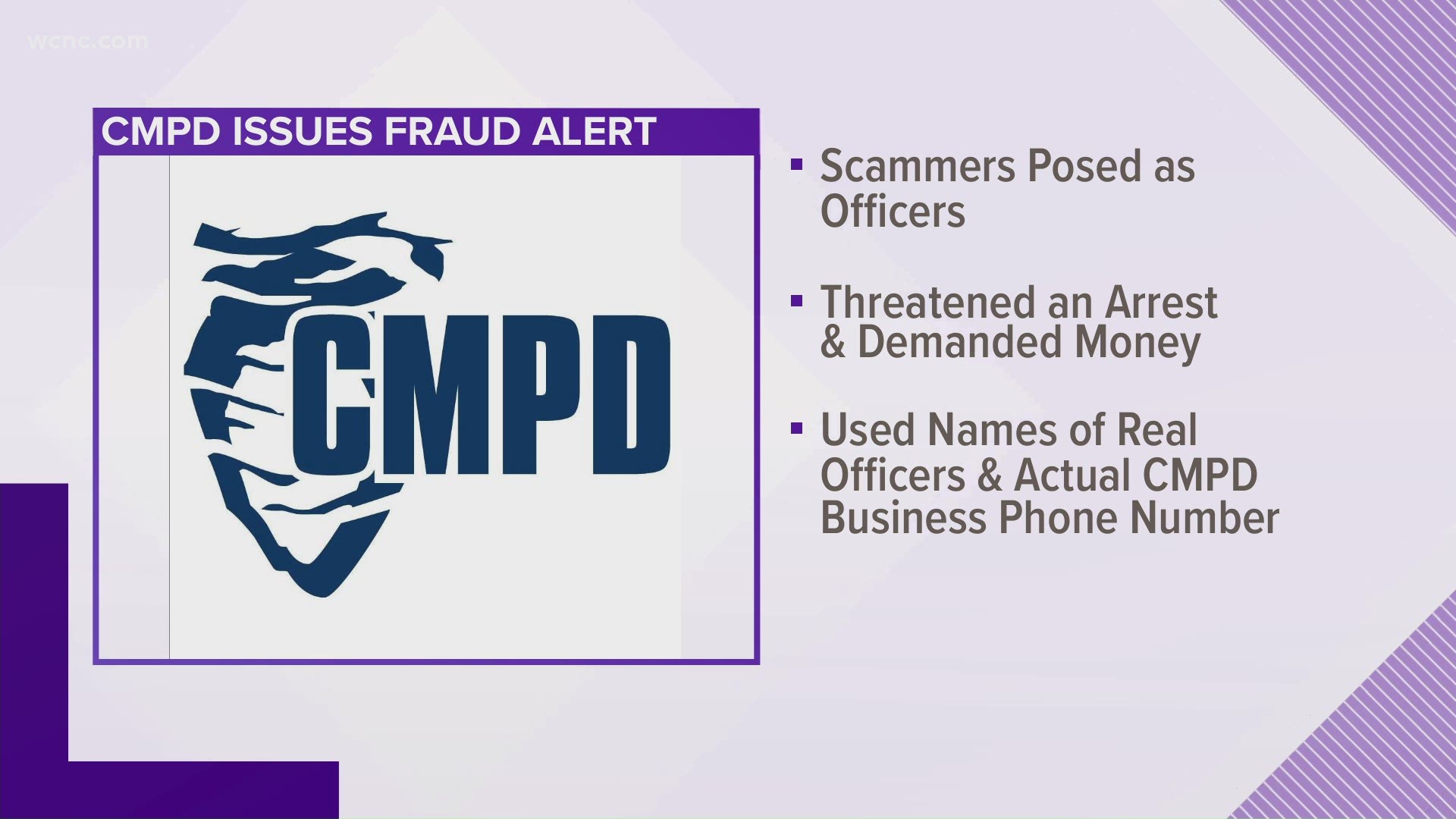 CHARLOTTE, N.C. — A group of 'fraudsters' posing as officers with the Charlotte-Mecklenburg Police Department (CMPD) called an unknowing victim on Friday and threatened to arrest the victim if money was not sent to them, according to CMPD.

During the call, the scammers identified themselves using specific names of CMPD command staff and one CMPD sergeant. The phone number that appeared on the victim's caller ID is a CMPD business number.

Due to this, the victim sent money as directed. The individual was later contacted by a financial provider who informed them the activity seemed to be fraudulent. At that point, the victim contacted CMPD.

The three officers whose names were used were notified. CMPD said there is no indication at this time that the officers had any involvement in the fraud scheme. Instead, CMPD said the fraudsters seemed to have gotten the names of the officers and the phone number from public information.

"CMPD officers and employees will not solicit or demand money in conjunction with the discharging of their official duties," CMPD said in a release. "Anyone receiving such a phone call or interaction with someone presenting themselves as a CMPD employee and demanding money is asked to terminate the phone call and call 911 to make a report."

Officers with the Freedom Patrol Division and Detectives with the Financial Crimes Unit are investigating this case. Anyone with information about the case is asked to contact Crime Stoppers at 704-334-1600.