Indiana sheriff's department K-9 killed in the line of duty 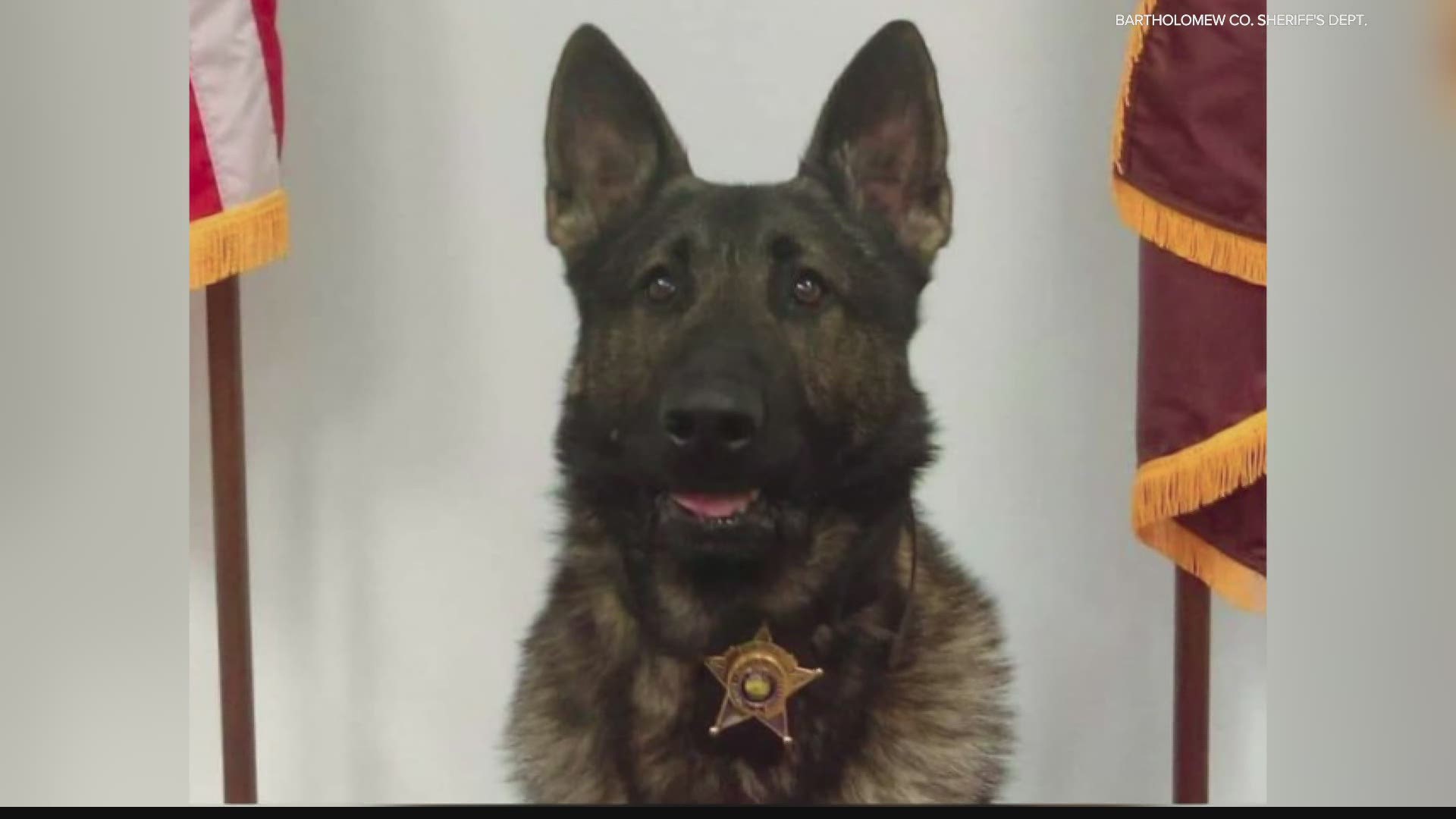 Police say they responded to a domestic battery call where the suspect left the area before they arrived. The suspect was later located in the area of CR 600 South and CR 650 West.

Police say as they attempted to stop the suspect, he fled on foot.

K-9 Diesel was released and ran into the woods. Diesel was later found along Interstate 65.

Police said they are investigating how Diesel died.

The suspect was found hiding in a ditch.

Diesel was taken to the sheriff’s office where his handler and his family were given time with him.

“I am absolutely heartbroken," said Bartholomew County Sheriff Matt Myers. “I am stuck at home with Covid when I need to be with my deputies."

Our prayers and thoughts are with the Bartholomew County Sheriff's Office as they mourn the loss of K-9 Diesel who was killed today while assisting deputies on a domestic disturbance call.

Several other departments around Indiana have also shared their condolences.

Diesel had been with the Bartholomew County Sheriff’s Department since December 2016.

Diesel's handler's police vehicle will be parked in front of the sheriff's office as a memorial to the K-9 deputy for those that wish to pay their respects. The sheriff's department asks that mourners park in the parking lot across the street and use the crosswalk to cross the street.