Auburn man arrested in connection to Jan. 6 riot at US Capitol

The Justice Department arrested and charged the California man with assaulting law enforcement with a dangerous weapon. 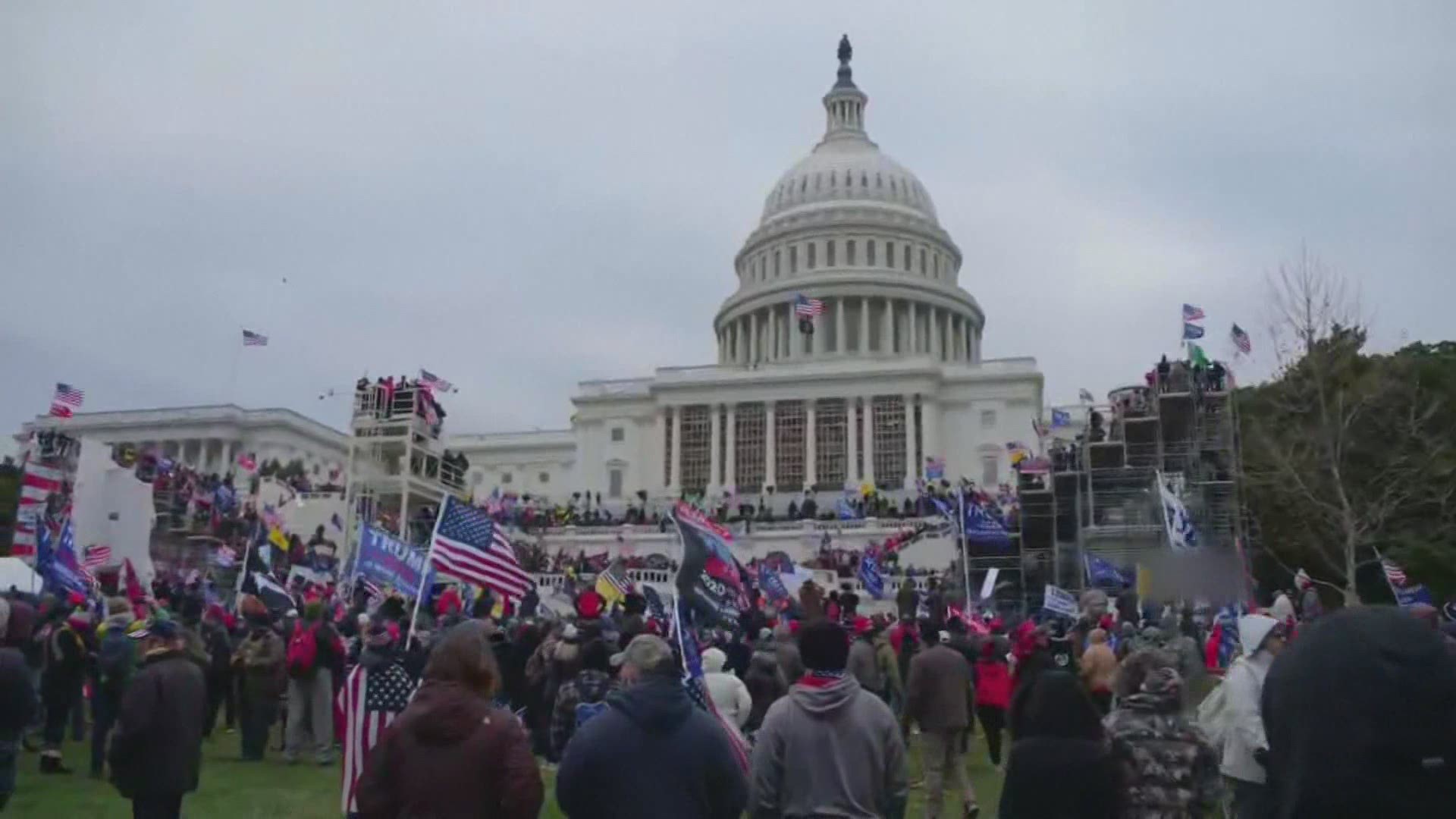 AUBURN, Calif. — With the assistance of police body camera footage, the Justice Department announced the arrest of a California man who allegedly participated in the Jan. 6 riot at the US Capitol.

Sean Michael McHugh, 34, of Auburn, was arrested on May 27 and appeared in federal court in the Eastern District of California on May 28. He has been charged with federal offenses that include assault on law enforcement with a deadly or dangerous weapon, obstruction of justice, and physical violence on Capitol grounds.

The Justice Department's charging documents show McHugh was captured on police bodycam footage at the Capitol assaulting law enforcement and shouting, "You’re protecting communists!"; "There is a second amendment behind us, what are you going to do then?"; and “You ain’t holding the line!”

Credit: U.S. Dept. of Justice
Sean McHugh, of Auburn, is circled in a photo that is included the criminal complaint of his alleged participation in the Jan. 6 riot at the U.S. Capitol.

Credit: U.S. Dept. of Justice
Sean McHugh, of Auburn, in photos that are included the criminal complaint of his alleged participation in the Jan. 6 riot at the U.S. Capitol.

He was allegedly seen pushing a large metal sign into a line of officers and also captured on video spraying a yellow chemical irritant at others trying to control the crowd.

A long-time and close family friend spoke with ABC10 on the condition of anonymity. The friend tells us McHugh has lived a troubled life, having struggled to hold a job and been in and out of jail in Placer and Sacramento counties.

“So, I mean, I guess he was the perfect person to become radicalized,” the friend told ABC10.

The friend doesn’t know how he would have been able to finance such a trip to the nation’s capital, saying McHugh hasn’t traveled far outside his hometown of Auburn.

“It was insane, I never thought anything like this would happen in the US,” the friend said.

Requests for comment to Sean McHugh were not immediately returned, he remains in the Sacramento County Jail without bail.

McHugh's case is being investigated by the FBI’s Washington Field Office, the FBI’s Sacramento Field Office and the Metropolitan Police Department.

If you have any information related to this case, you're asked to contact the FBI at 800-225-5324 or leave a tip online.

Watch more from ABC10: EDD says it will be "end of summer" before it gets through unemployment backlog