The Bishopville post office went up in flames for the second time since 2017. 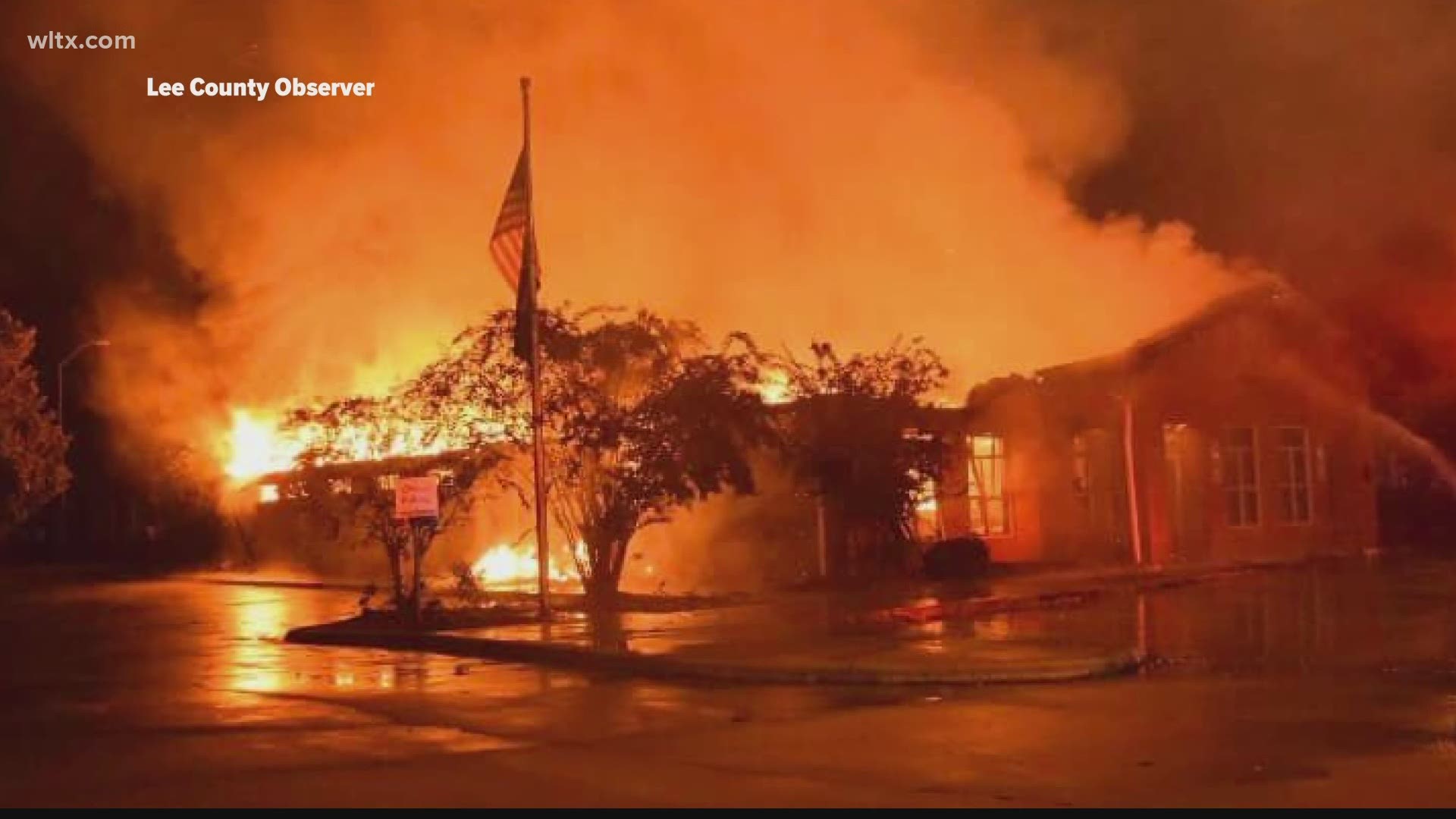 The fire happened early Saturday morning, according to a post from the police department, and an arrest has been made.

This is the second time the post office was affected by a fire.

In January of 2017, a fire broke out inside the building and forced the United States Postal Service (USPS) to close the office until renovations could be done. The building remained closed for a longer period of time because of an investigation into the intentionally set fire.

The post office reopened in October of 2018, more than a year later.

According to Brandon Holloman, Chief of Operations and Fire Marshal for Lee County, law enforcement is still working the scene and it is active as of 3 p.m. on Saturday.

According to Holloman, the fire is being investigated as arson and they have someone in custody.

Chris Whitmire, Director of Public Information for the S.C. State Election Commission, says they are working with USPS to determine if there were any ballots lost in the fire.

Whitmire says, bottom line, if you find out your ballot was destroyed, you will be able to get a new one.

Until then, if you are a Lee County voter, you can always check the status of your mailed-in absentee ballot by visiting scvotes.gov and click "Check My Absentee Ballot".

According to the commission, voters should make sure enough time has passed since mailing before checking the status of their ballots.

This is a continuing story and will be updated.