Attorneys representing Coy claimed the original $3 million was "unreasonable" and not in line with similar high-profile murder cases. 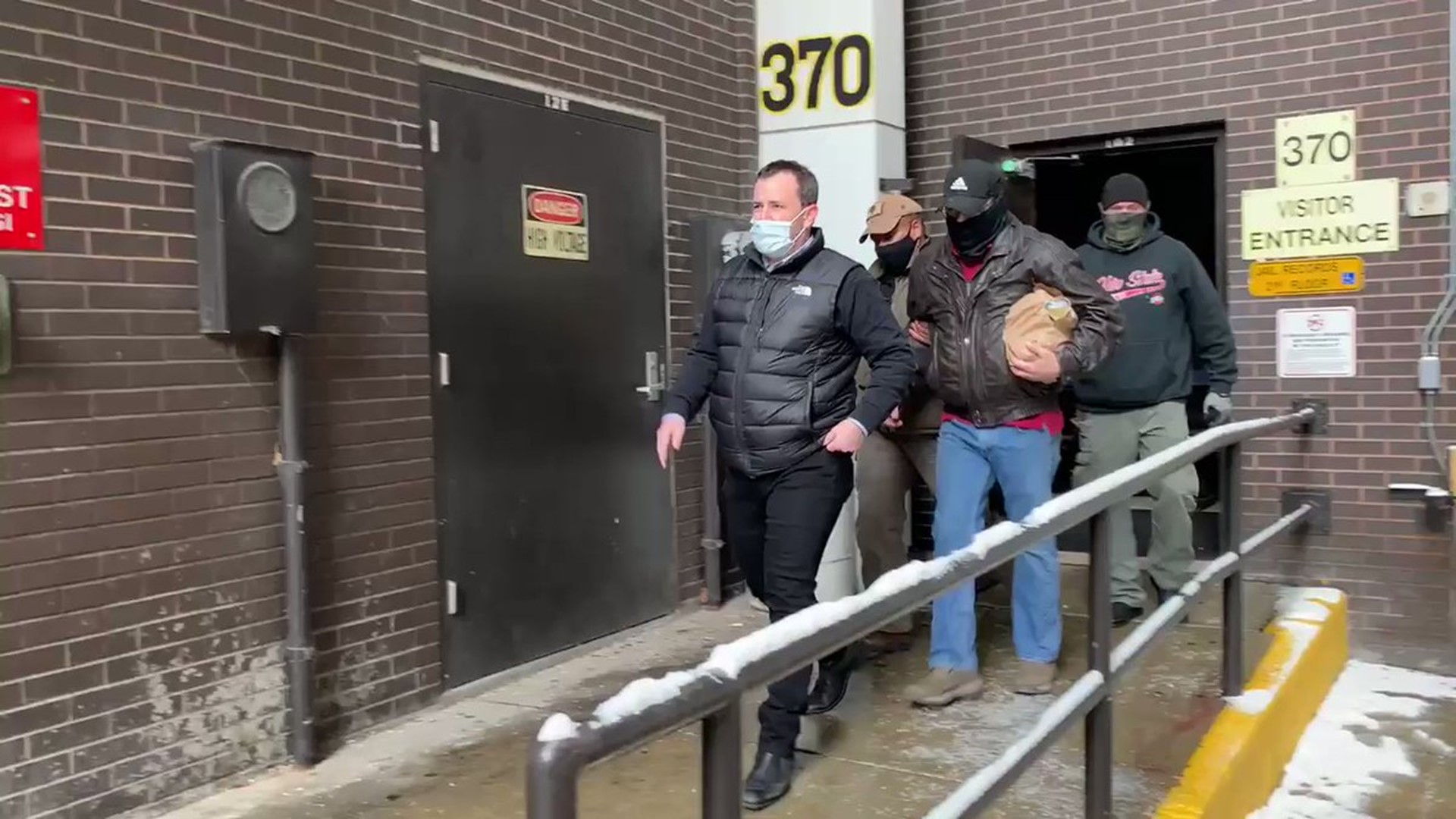 The former Columbus police officer accused in the shooting death of Andre Hill was released from jail Tuesday afternoon after posting a reduced bond.

Adam Coy had been held in jail since being indicted last week on four charges – including murder – for the fatal shooting of Andre Hill, who was killed December 22 while visiting the home of a friend.

A prosecutor with the Ohio Attorney General’s office argued against the bond reduction during a hearing Tuesday, noting that Hill was killed and did nothing wrong, which made him question Coy’s judgment.

The case has sparked controversy, protests and renewed calls for police reform as it marked another occasion in America where an unarmed Black man was killed by law enforcement.

Protesters greeted Coy as he was released from jail Tuesday afternoon, shouting “convict that killer cop!” into a megaphone as Coy was led away into a white pickup truck.

He did not respond to this reporter’s questions.

Coy has pleaded not guilty to charges of murder, felonious assault and two counts of dereliction of duty. One of the latter charges stems from his failure to initially activate his body camera.

Were it not for a 60-second “look back” feature that captures a minute worth of video prior to the record button being pressed, the public might not have seen what unfolded.

Whether he is convicted will depend on if his case goes to trial and if a juror finds enough evidence to convict him. Coy’s attorney, Mark Collins, says there is no dispute that Coy took Hill’s life.

But he added that jurors will have to view what happened not through their own opinions, but what a reasonable officer would do in a similar situation.

“Our heart goes out to the family of Andre Hill, there is no doubt that our client took the life of Mr. Hill in an on-duty situation; however, the issue of the case will be whether his reaction to everything that occurred that evening is reasonable or not. So our client is devastated by that as well,” Collin said.

Karissa Hill, Andre Hill’s daughter, who stood by members of her family told reporters they were disappointed by the reduced bond.

“I am my dad. I am him. He is me. That officer took my dad away but he didn’t take me away. So I am here fighting for him,” Hill said.

As part of his bond release, Judge McIntosh ordered additional criteria – including that Coy must surrender his passport, cannot possess weapons and must not have contact with law enforcement officers who are investigating the case.

Afterward, Collins said he was pleased with the judge’s decision.