The owner of Chuck's Firearms said the suspects knew exactly what they were after. 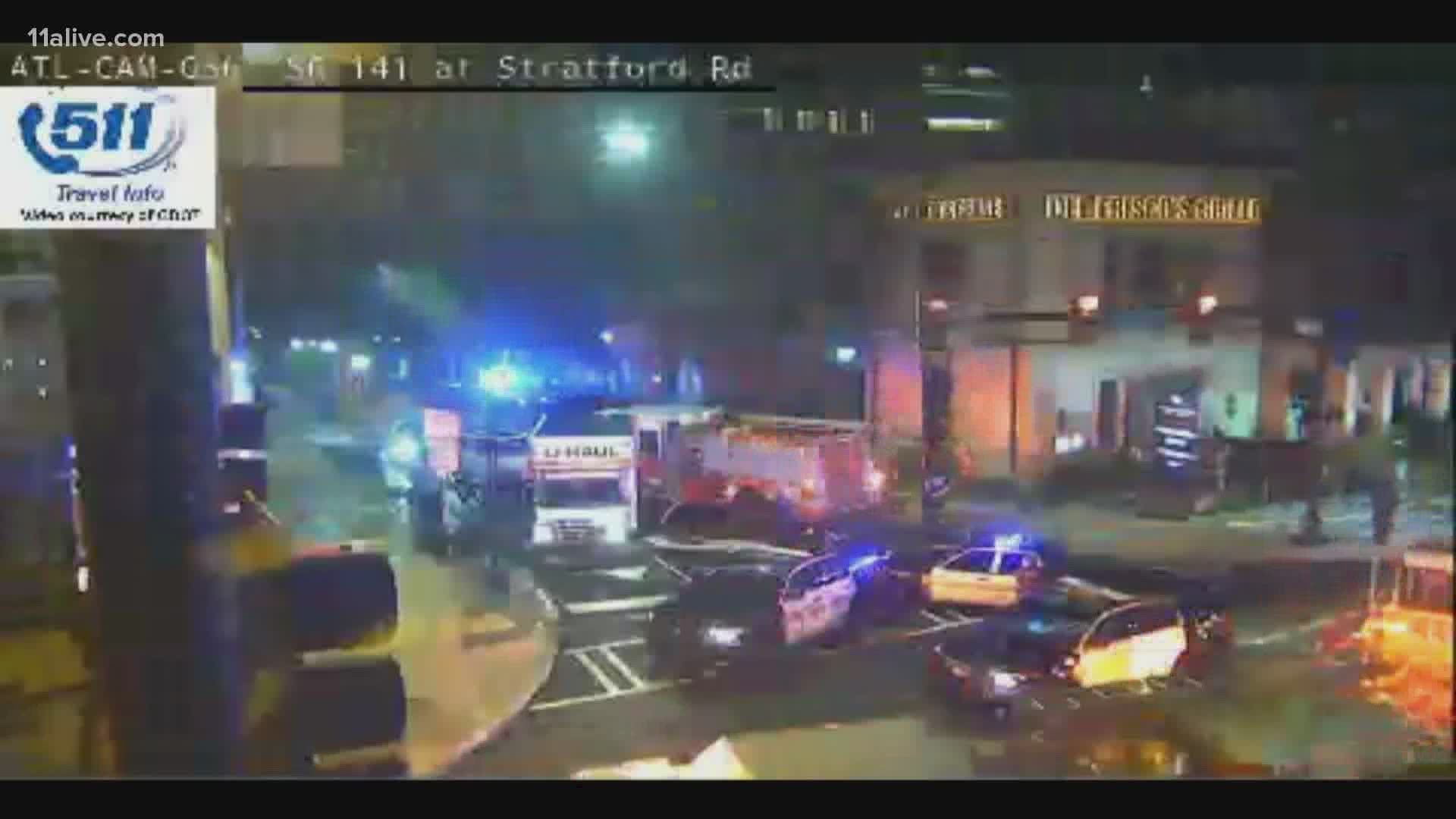 ATLANTA — The owner of Chuck's Firearms in Buckhead said that in 50 years, they've never once had a burglary. On Saturday, as looting and protests were taking place across the city, that all changed.

A $10,000 reward is being offered after 42 handguns were stolen at around 2:30 a.m. from the store off Miami Circle in Atlanta.

The vandalism and looting began after peaceful protests against the death of George Floyd ended late Friday.

The Bureau of Alcohol, Tobacco, Firearms and Explosives and the National Shooting Sports Foundation are each offering $5,000 for information leading to the arrest and conviction of those responsible for the burglary and theft.

The 42 stolen handguns pose a potential danger to citizens and communities, he said.

Jim Hinsdale, the owner of Chuck's Firearms said this was planned and they knew exactly what they wanted.

The store has been in business since 1971. They sell handguns, rifles, shotguns and assault style guns.

"The ATF is involved," Hinsdale said. "They're pretty serious about getting those guns."

Images captured from surveillance video show what appears to be seven suspects, some wearing different types of masks, two in full face coverings, another in a medical mask. An ATF spokeswoman said the car in the surveillance video is a light color four-door sedan.

This happened throughout the city, particularly at Buckhead jewlery stores, cell phone stores and high-end designer clothing stores, according to authorities.

Anyone with information about this crime should contact ATF at 1-800-ATF-TIPS (800-283-8477), email ATFTips@atf.gov, or through its website at www.atf.gov/contact/atf-tips. Tips can be submitted anonymously using the Reportit® app or by visiting www.reportit.com.

Business owners cleaning up in the wake of overnight damage

About a dozen suspects break into Buckhead jewelry store, steal thousands in merchandise