Police records show in 2018 there were 82 reports of identity thefts in Westerville. During the first seven months of this year, that number jumped to more than 350. 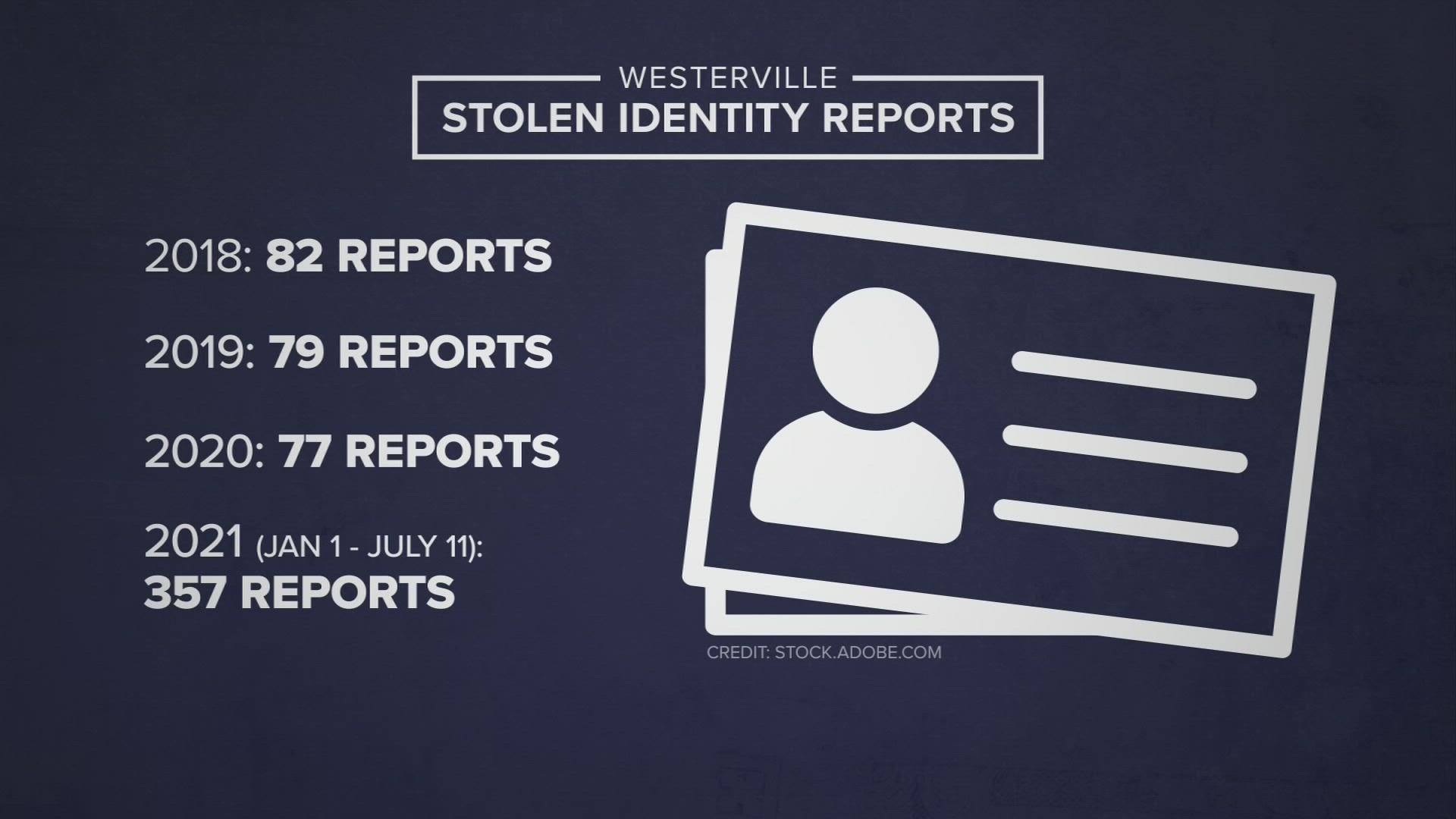 COLUMBUS, Ohio — Have you received a debit card you didn't sign up for in the mail, or an application for unemployment insurance, you didn't ask for?

Chances are you, like thousands of Americans, may have had your identity stolen.

Law enforcement believe the pandemic is responsible for the bump in crime.

“We got a letter in the mail and it was paperwork they wanted submitted about unemployment I had received,” said Westerville resident, Clark Swain.

He retired from the railroad several years ago so he questioned when he got a letter and then a call about unemployment benefits.

“I told them I didn't qualify for unemployment, and a few other choice words,” Swain said with a smile.

Police records show in 2018 there were 82 reports of identity thefts in Westerville. Just through the first seven months of this year, the number of reports has jumped to more than 350.

“I believe that all of those situations, the stimulus checks, tax time, and with the pandemic and the unemployment fraud has dramatically increased our numbers of identity theft,” Alloway explained.

It's also something the IRS is keeping a close eye on across Ohio.

“Identity theft scammers are out there. Do your best to protect your information. Don't give it out to people unsolicited,” said Lisa Mendelsohn, Acting Assistant Agent in Charge for IRS Criminal Investigation Unit in the Cincinnati Field office, which covers central Ohio.

Mendelsohn said there have also been several high-profile data breaches, which makes it easier for scammers to find your information.

“There's a lot of things you can do to prevent this from happening. You want to make sure you don't carry your social security card around with you. You don't use public wi-fi without having a secure network that you are using additional security software,” Mendelsohn said.

“The biggest thing is public awareness. They need to be aware that when they get that call that's too good to be true, or when they have someone who is requesting information from them that they haven't reached out to those people to begin with, they need to be wary of that,” Alloway said.

Swain is keeping a close eye on his credit reports and says knowing so many people are being taken advantage of is frustrating to him.

“A lot of people are being cheated out of money, and we are paying for it probably someway,” Swain said.

The IRS says the best way to know if your identity has been stolen is to get a credit report quarterly from each of the different reporting agencies.

Westerville police said you should also file a report.