Thieves are stealing checks from the government mailboxes, forging them and then cashing them at area banks. 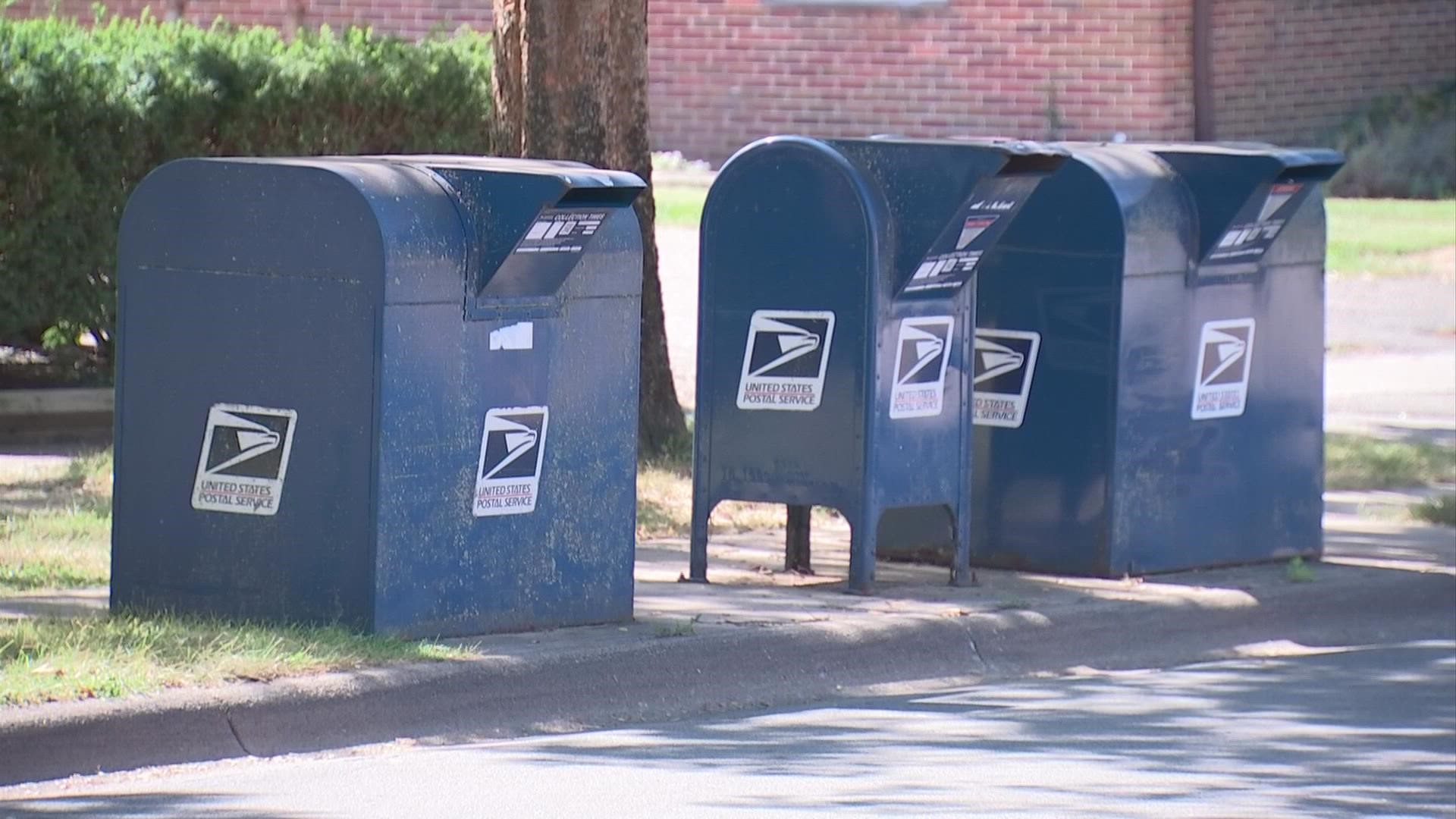 COLUMBUS, Ohio — It’s a simple task many do without thinking twice – dropping mail in a blue USPS mailbox.

“In August, I paid my bill by check, mailed it at a mailbox, and forgot about it,” said Marcey Goulder Forman.

But that check she placed in a Worthington mailbox would not stay forgotten for long. About a month later, she got a notice that her bill had not been paid. But the check had been cashed for more than she had written it.

“Someone had used what looked like black magic marker and written over my amount and upped the price by $200, and somehow, they cashed the check,” Forman said. “So I went to the bank, talked to the manager and said, what is going on. And he said, well, it’s all done electronically now, so, while a human being could look at this check and know that it had been tampered with, a machine doesn’t know, so it just simply went through. He said they knew whose account it’d gone in, and the police were handling it.”

Meanwhile, the Columbus Division of Police has taken more than 400 reports this year, with some being from the big, blue mailboxes.

Both agencies have deferred to the U.S. Postal Inspector for questions about the investigations. 10TV asked for more information but instead was given this response:

"I cannot speak to ongoing investigations as it could jeopardize those investigations. We encourage customers to report suspicious or illegal activity to the U.S. Postal Inspection Service by calling 1 (877) 876-2455."

Of course, mail theft is nothing new, but technology is now making it a bit easier, according to banking officials.

“Unfortunately check fraud has been with us for probably as long as we’ve had checks, and we’ve definitely seen throughout the pandemic fraudsters of all types are really taking advantage of Ohioans,” said Mike Adelman, president and CEO of the Ohio Bankers League.

But Adelman says there has been an increase in theft and fraud during the pandemic. Thieves can steal checks right out of mailboxes, tamper with and forge them, and then deposit them in either ATMs or via mobile phone without ever having to see a teller face to face.

“Banks make extraordinary efforts to protect and safeguard customer accounts, as demonstrated by our most recent deposit account fraud survey which shows that banks stopped $9 out of every $10 of attempted deposit account fraud in 2018,” said Sarah Grano, spokeswoman for the American Bankers Association. “We’ve seen criminals gravitate back toward check fraud and fortunately banks are well-equipped to catch it thanks to sophisticated fraud prevention systems and constant vigilance by dedicated employees.”

But, even with face-to-face contact, thieves are still finding ways to cash in on mail theft.

“It’s just way too easy today, given the printer technology many of us have in our own homes, where we could create some sort of documentation to maybe look like I work for some particular company and have the ability to cash a check on that company’s behalf,” Adelman said.

The best advice from officials is to do as much online banking and bill pay as possible and to walk a check directly into a post office to mail.

It’s something Forman has certainly taken to heart. She has changed some of her habits, but she’s still waiting to get her money back from that August theft. She was told it should happen in October.

In the meantime, she’s hoping to spread the word about the risk of mail theft.

“This was a surprise to me to hear that checks that I always thought were pretty safe, especially when dropped in a United States post office box, are no longer safe,” she said.

The ABA also provided 10TV with some data and tips for consumers:

Fake checks continue to be one of the most common instruments used to commit fraud against consumers. Before you deposit a check you weren’t expecting or wire funds to an unknown recipient, here is what you should know:

How do Fake Check Scams Work?

There are many variations of the scam. It usually starts with someone offering to: