The Columbus 311 Service Center averages 500,000 contacts a year, according to the Department of Neighborhoods. 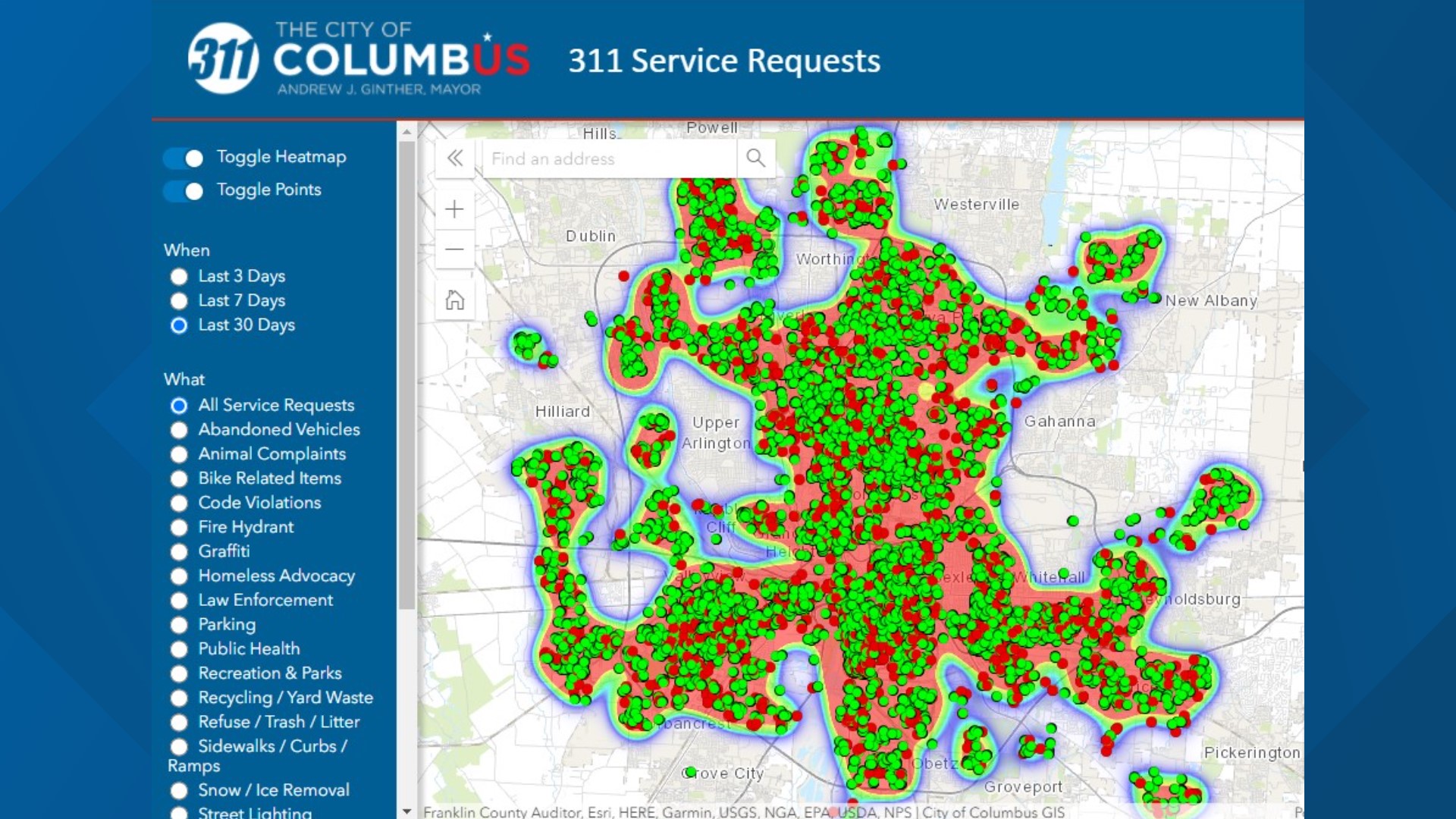 COLUMBUS, Ohio — There are many reasons why people call the Columbus Service Center, also known as 311.

“Well, the streetlights, for one,” says Dahn Holton who lives in the Franklinton neighborhood. “With the lights out, that kind of tells criminals 'hey, it’s OK, come on in.”

Holton and several of her neighbors say they often call 311 to help take care of neighborhood issues, like people throwing away trash in private alleys.

“The dumping issue is a big thing,” says Joe Roberts who has lived in this west Columbus neighborhood for 38 years.

The Columbus 311 Service Center averages 500,000 contacts a year, according to Todd Dieffenderfer, Deputy Director of the Department of Neighborhoods. He says those include calls, emails and online requests.

Some calls dealing with issues such as broken streetlights are now shedding new light on another issue plaguing the city: opioid overdose hotspots.

“We found the type of things that you think would be associated with poverty, social distress, neighborhood deterioration were the 311 calls that actually seek to associate with opioid use disorder,” says Professor Harvey Miller, Ph.D.

In a study released November 2020, Miller along with co-authors from the OSU Department of Geography mapped hot spots of opiate-related emergencies and discovered they matched hotspots to 311 calls such as code violations, public health or abandoned vehicles.

“We can leverage this type of data in order to get new insights into the characteristics of our city and some of the outcomes and how to shape those outcomes towards more positive ends,” Miller says.