Hundreds of sex offenders in Ohio are considered 'unmappable'

Homeless sex offenders will list their addresses near public places such as museums, churches and parks. 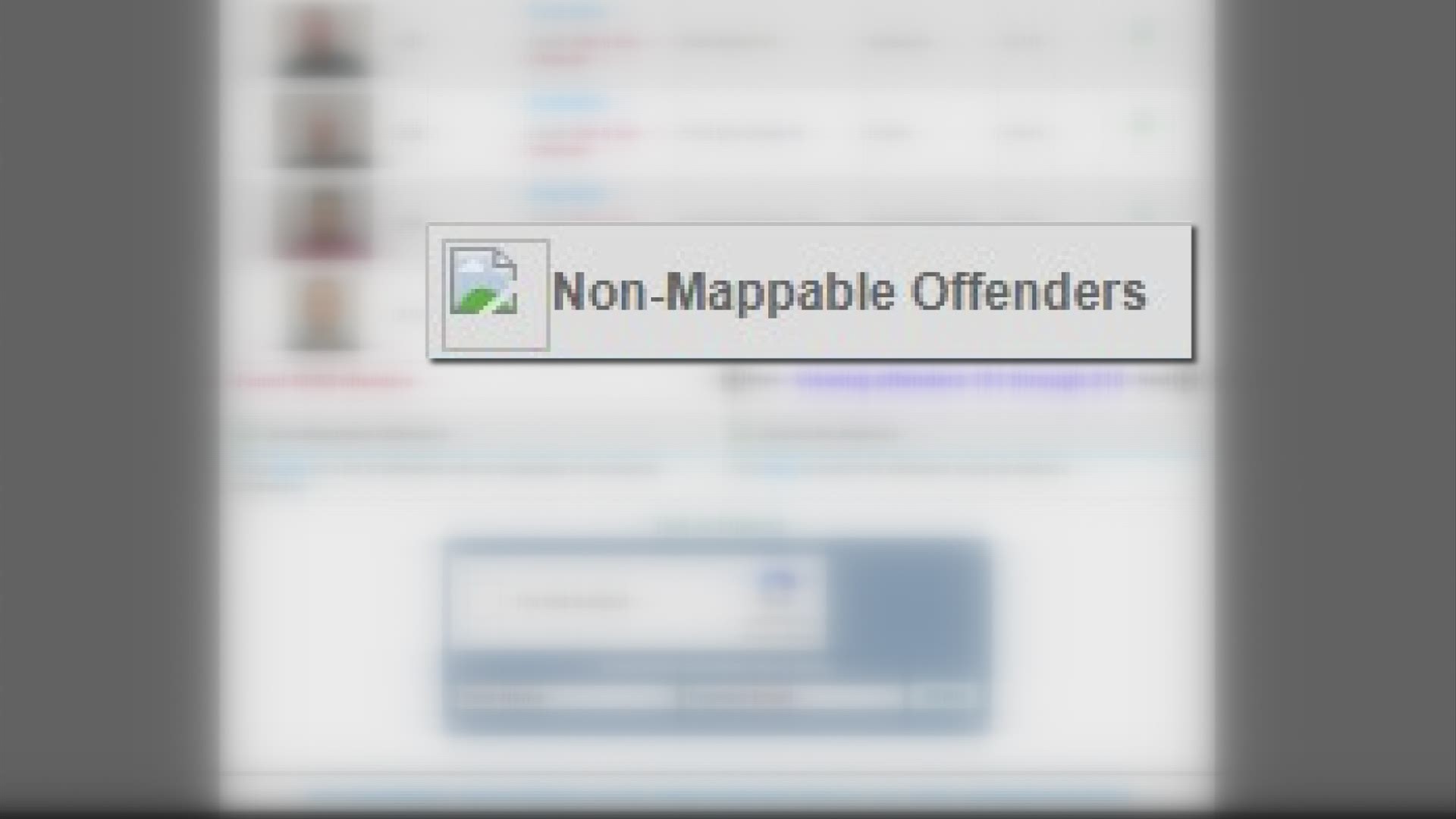 A CrimeTracker 10 investigation found that hundreds of offenders are what authorities call “unmappable,” or mostly homeless.

There are 18,574 sex offenders in the state, according to the Ohio Attorney General’s database. Of those, 326 are listed as unmappable.

Homeless sex offenders will list their addresses near public places such as museums, churches and parks.

Chief Deputy Rick Minerd with the Franklin County Sheriff’s office says sex offenders without a home are asked to give the best description of where they are sleeping.

“That might be a car, a parking lot, maybe in a box behind a store,” Minerd says. “We use Google maps to get the description of the area and we ask the sex offender to give us a specific area where we can find you. They indicate on the map and they sign that as well so that becomes their address until they can find more stable house.”

Minerd says verifying sex offender addresses year after year is a daunting task. In any given year, his office receives up to 15,000 visits from sex offenders who come to the sheriff’s office updating their address, phone number, or place of work.

“Theoretically, those are 15,000 pieces of information that law enforcement is responsible to investigate whether true or not.”  Minerd says while pointing out that there's a staff of only five sheriff’s detectives within the sex-offender unit to handle this volume of work. “Our folks work hard to make sure they are abiding by law,” he added.

Minerd says his office recently issued arrest warrants for three homeless sex offenders who failed to report changes to their address. One allegedly listed the hillside at the interchange of Interstate 70 and I-71 as his home.  That location no longer exists because of newer construction on the highway.

Cody Sippola, a Tier II sex offender, was recently indicted for failing to register after detectives tried multiple times to find him at a homeless camp.

“We had gone out to that campsite 48 times,” Minerd said.

The chief deputy wants to point out that while some sex offenders may be homeless, it doesn’t mean they’re non-compliant or breaking any laws. Additionally, just because some sex offenders are compliant today, Minerd cautions parents on relying solely on a registry to help keep them safe.

“It goes back to personal safety and know who your kids are associating with,” Minerd says.  “I mean, allowing your kids to go down the street to a stranger's house because he has a swing is not a good idea.”