Columbus police cracking down on human trafficking; pushing for stronger penalties on solicitation

Right now, the average fine for soliciting is less than a traffic ticket. Columbus police are pushing to stiffen the penalties and force jail time. 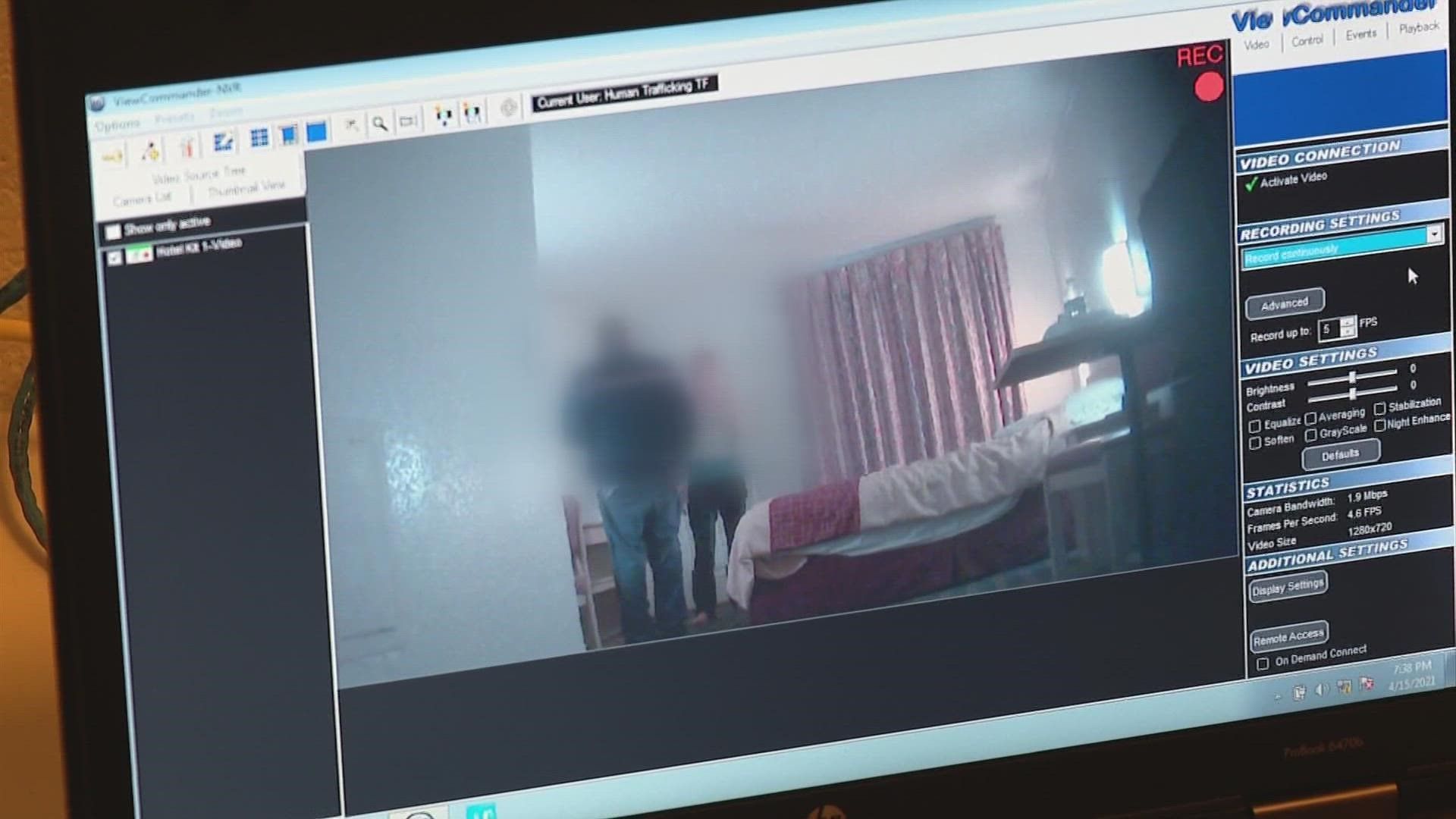 On a rainy Saturday morning, 58 men attended a meeting about what led them to John School.

“There's probably about a million other places you'd rather be than in this class right now,” said Stew Kitchen, with the nonprofit "She has a Name."

All of the men were arrested for solicitation.

“I went to the hotel. It ended up, what I'm guessing was a sting operation. Instead of an escort waiting for me, there were three police officers,” said Josh who was there as a part of a court order.

Josh said he struggled to get dates and eventually started drinking too much. One night, he went online and found an ad for an escort.

“Intimacy, being with someone like an actual partner I guess. Even for a short time, just the touch of someone,” Josh said, explaining what he was looking for.

"She has a Name" runs "John School" and said about half the men are married.

Leaders said the biggest reasons why men solicit is to have sex without any responsibility, and because of the easy access of finding escorts, especially online.

Columbus police are cracking down on the demand side of human trafficking.

“If we have reasonable penalties, we know that is the number one thing that will cause them pause, to make sure they don't continue this behavior,” Knight said.

Right now, the average fine for soliciting is less than a traffic ticket. Columbus police are pushing to stiffen the penalties and force jail time.

“You legislate what you find important. We as a community have to say that we don't believe this should continue,” Knight said.

Knight said prostitution and human trafficking start online and happen in the suburbs.

“We know that prostitution looks very different in Dublin, but it still is very prevalent. It's mostly in the hotels and motels,” Knight said.

A pastor was arrested during a recent prostitution bust in Hilliard who was attending the "John School." While he didn't want to go on camera, he told his wife he was arrested.

He said his wife is working to forgive him and he has learned his lesson.

“Don't do it, it is absolutely not worth it. I can see where you think in your head, 'I'm not going to get caught.' I thought the same thing. Not an hour later I was sitting in the back of a police cruiser ready to go to the Pike,” Josh said.

Columbus police said most women who are human trafficking victims are forced into selling themselves for drugs.

Police said those women are 200 times more likely to become a victim of a violent crime and have an average life expectancy of 34-years-old.