'That is something I have to live with every day': Columbus man shares story after 23-year prison sentence

Gabe Artis is hoping to make a positive impact after serving more than two decades in prison for involuntary manslaughter. 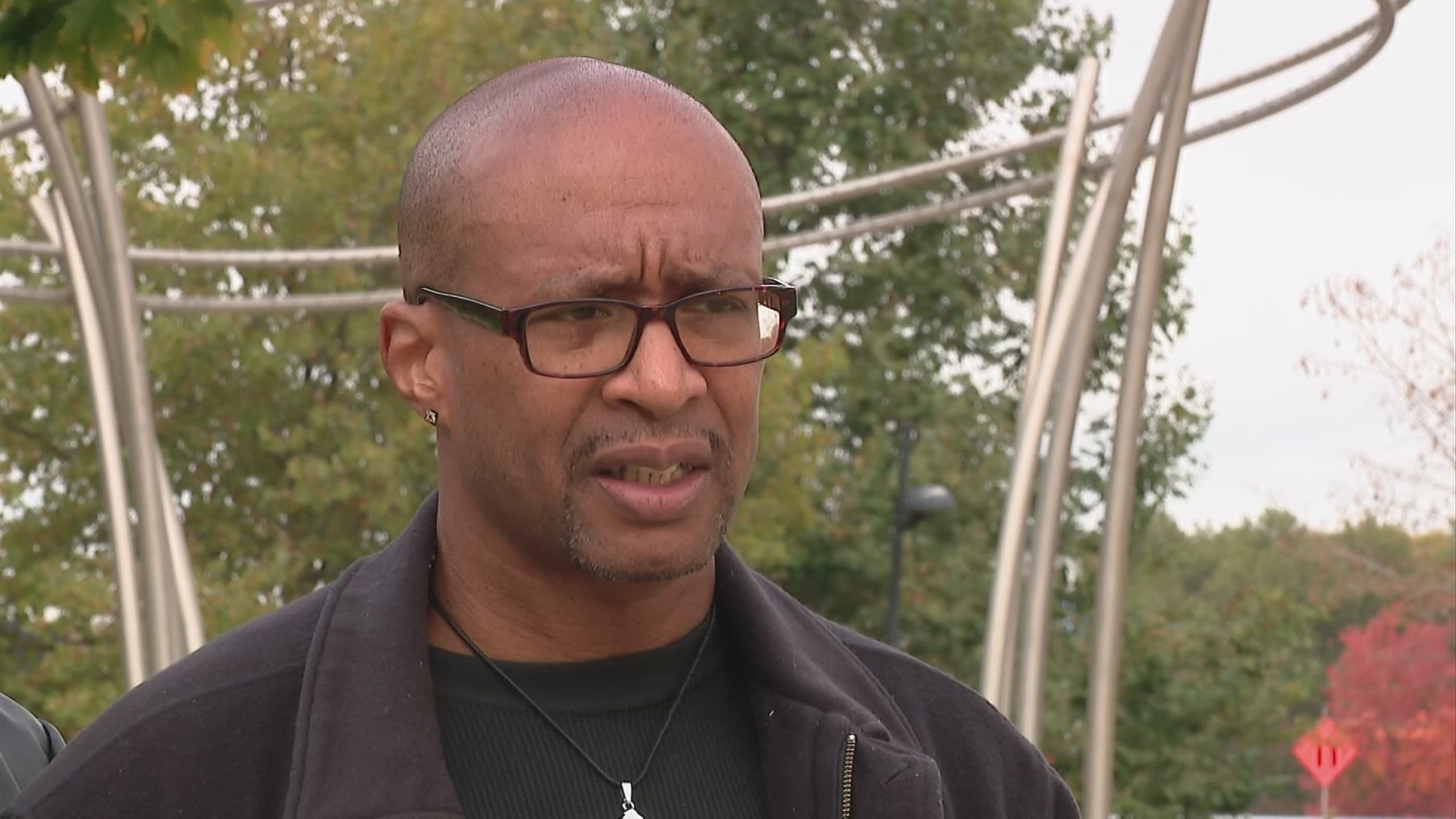 COLUMBUS, Ohio — Not a day goes by where Gabe Artis doesn’t wish he could turn back the hands of time.

“That stupid decision is what caused me to do what I did and it cost a woman her life at the same time,” said Artis, who is on parole after serving 23 years in prison for involuntary manslaughter. “It was about getting an easy buck, an easy way out."

Artis recalls of the 1995 robbery where he drove his teenage nephew to a Columbus market to rob it. His nephew, Rico Cooper, panicked when the store clerk reached for the panic alarm.

The clerk, Patricia Collins, was shot and killed

“That is something I have to live with every day of my life,” Artis said. “When I committed my crime, I wasn't thinking about anyone but myself.”

Artis, now 49, was asked by 10TV to share his story of regret and redemption as Columbus recently hit a new high for homicides in 2020. As of Nov. 17, the Columbus Division of Police currently has 146 homicides for the year, three higher compared to 2017.

“Get away from the area or that individual, anything that will bring destruction to your life,” Artis said as a message to today’s youth. “Your buddies, you may run together, they may not get caught but you will and you will pay with your life or time.”

But not everyone is ready to receive Artis’ message.

10TV spoke with Nancy Collins-Holmes, one of Patricia’s three children. She said the family “all lost our lives by my mom being gone.”

And even though the Ohio Parole Board commended Artis for taking responsibility for his offending behavior and for showing remorse, Collins-Holmes says she doesn’t agree with him having a platform to speak out.

“No matter how many years of incarceration that I could do, even if I did life in prison, I could never replace a life,” he said.

The two first met in 2016 when Columbus police went to the Ohio Department of Rehabilitation and Correction and asked for a dozen inmates to share their stories about why they were in prison.

The video played on a loop outside the juvenile courtrooms in Franklin County. The mission was the same then as it is now: stop the violence.

“I wanted kids to get the straight scoop from someone who’s been there,” Bash said recalling the video project. “If it helps one or two young men or women to think twice about pulling that trigger and making that split-second decision, then our job is worth it.”

Along the way, Deputy Chief Bash said he saw something different while working with Artis. He saw humility, especially when the two talked about his crime.

“It was important for him to talk to the family of that victim, to relay to them that he knows what his actions made them feel like and what they've missed,” Bash says. “I don’t know if there's a lot of men humble enough to come to that conclusion.”

This past summer, racial tensions hit an all-time high for Columbus police.

Bash says it was difficult to be judged by a uniform and not the man underneath it. In the middle of the turmoil, Bash received a phone call from Artis.

“I said – How you doing? And he said he felt like the most hated people, people wished him dead, and that really bothered me, that hurt my heart because I know the dude,” Artis said.

Bash said he couldn’t believe it.

“When I got the call after the riots, that warmed my heart, made me smile,” Bash recalled.

Artis said he believes these new beginnings begin with a trust that can conquer race, judgment and perhaps prison walls.

Elizabeth Carr, one of Patricia Collins’ granddaughters, said she believes if Artis’ story can prevent one family from having to live through a homicide the way hers did, then she supports him speaking out.

And she also says she would like to meet him in person someday.

“It would be difficult for me to do, but I would have to do it because they deserve that,” Artis said.